Black People : Leaving with the spoils of America through repatriation v.s demanding reparations under White rule.

My best argument is the one that can not be defeated by the proponents of reparations who are rising up because of my message. Reparations is waste to me and is no where no being fulfilled and also lies outside of our hands. While Repatriation is a choice we can implement via public funds, such public fund raising given to us as an example by the great Marcus Garvey. Also the most Honorable Elijah Muhammad used public funds to build Nation of Islam under the premises that the lost found would not receive equal treatment and advancement until they had their own sovereignty. In 1970, the honorable Oba Adefunmi the I was the leader in establishing such a kingdom in which African Diaspora can have their own sovereignty under Yoruba civilization, he called it Oyo Tunji, which means Oyo will rise!


My issue with reparations is that is troublesome and has been tried in many African Diaspora countries and to no avail. So far no one has been successful at getting European powers particularly those directly responsible for the damage to African Diaspora to admit the wrong done to us deserves payment. Some figures for Reparations pay out however have been utterly ridiculous not in the sense of the amount but in the idea that the White Supremacist shall hand over that amount to their natural competitors although they have been playing unfair by enslaving us. Here are some of the examples:

In 1999, the African World Reparations and Repatriation Truth Commission called for "the West" to pay $777 trillion to Africa within five years.[1] Note that the gross domestic product of all countries in the world was somewhat more than 70 Trillion in 2011, in other words these claims amount to the value of over 10 years production of goods and services of the entire planet.

In 2004, Lloyds of London was sued by the descendants of African slaves. The case was not successful.[2] In Jamaica in 2004, a coalition of Rastafari movement groups argued that European countries formerly involved in the slave trade, especially Britain, should pay 72.5 billion pounds sterling to resettle 500,000 Jamaican Rastafarians in Africa. The claim was rejected by the British government, which said it could not be held accountable for wrongs in past centuries.[3]

In 2007, Guyana called for European nations to pay reparations for the slave trade.[4]

In 2011, Antigua & Barbuda called for reparations at the United Nations, saying "that segregation and violence against people of African descent had impaired their capacity for advancement as nations, communities and individuals".[5]

In 2012, Jamaica revived its reparations commission, to consider the question of whether the country should seek an apology or reparations from Britain for its role in the slave trade.[3]

Also in 2012, the Barbados government established a 12-member Reparations Task Force, to be responsible for sustaining the local, regional and international momentum for reparations.[6][7] Barbados is reportedly "currently leading the way in calling for reparations from former colonial powers for the injustices suffered by slaves and their families."[8]

In 2013, in the first of a series of lectures in Georgetown, Guyana, to commemorate the 250th anniversary of the 1763 Berbice Slave Revolt, Principal of the Cave Hill Campus of the University of the West Indies, Sir Hilary Beckles urged Caribbean Community (CARICOM) countries to emulate the position adopted by the Jews who were persecuted during the Second World War and have since organized a Jewish reparations fund.[9]Reparations for slavery - Wikipedia, the free encyclopedia

View on en.wikipedia.org
Preview by Yahoo


There is also another alternative that is being drowned out by the reparations crowd which I believe are the acts of the Boule. This sadistic secret group of African Americans and Africans in Diaspora seeks to keep the African Diaspora secretly under the control of White Supremacy as they are the overseers. Reparations is handed out will more than likely end up in the hands of this group which majority professional African Diaspora within their ranks and can make sure that none of the money ends up in the hands of the non-trusted group of African Diaspora, thus keeping control in the hands of the White Supremacy. The only solution I see forth is the Repatriations which puts a group of African Diaspora back upon the continent of Africa by converting the funds of European currencies over into African currencies. This fund could be and should be used to purchase building material for homes, support structure, industry and institutions that would provide for the thousands of returning African Diaspora and their families. I can't see millions returning as this would overburden any nation and African nations are poor as it is. The issue would be getting a particular culture in Africa who would accept us under their tradition. I think that Oba Adefunmi foresaw this day coming and this great debate. Also the elders of Oyo Tunji saw this great day and now they all whom have become Egun. The villagers declared Oba Adefunmi Oba and he had his official crowing by the Ooni of Ile Ife.

Baptized into Christianity at Hartford Avenue Baptist Church at age 12. Began the serious pursuit of art and dance at Cass Tech. and at the Detroit Urban League. He began African studies at age 16 to begin his great quest for the deities of Africa.

Exposure to African religion began with the association with the Katherine Dunham Dance Troupe at the age of 20. Traveled to Haiti the same year, and founded the order of Damballah Hwedo, Ancestor Priests in Harlem NY the following year.

On August 26, 1959, became the first African born in America to become fully initiated into the Orisa-Vodun African priesthood, by African Cubans in Matanzas, Cuba. This marked the beginning of the spread of Yoruba religion and culture among African Americans. With a few followers, and after dissolution of the Order of Damballah Hwedo, founded the Sango Temple in New York. Incorporated the African Theological Archministry in 1960. The Sango Temple was relocated and renamed the Yoruba Temple the same year.

Introduced the Danshiki and began small scale manufacture of African attire in the summer of 1960. Founded the Yoruba Academy for the academic study of Yoruba history, religion and language in 1961. Opened the Ujamaa Market in 1961 beginning a trend of African boutiques, which, like the Danshiki, spread throughout African American communities.

Baba published several pamphlets. The Yoruba Religion, The Yoruba State and Tribal Origins of the African American to name a few. Participated in the Black Nationalist rallies of the 1969's and during that time formed the African Nationalist Independence Partition Party, aimed at establishing "an African state in America by 1972!" Designed a flag with red, gold and green bars; the gold emblazoned with a black ancient Egyptian ankh.

In the fall of 1970, founded the Yoruba Village of Oyotunji in Beaufort County South Carolina, and began the careful reorganization of the Orisa-Vodu Priesthood along traditional Nigerian lines. He was initiated to the Ifa priesthood by the Oluwa of Ijeun at Abeokuta, Nigeria, in August of 1972. Baba Adefunmi was proclaimed Alase (Oba-King) of the Yoruba of N. America at Oyotunji Village in 1972.

Oba Adefunmi convened the first official Ogboni Parliament of Oyotunji Chiefs and land owners in 1973, and later that year founded the Igbimolosa (Priest Council) to oversee priestly education and training, organize laws and rules to govern priestly conduct, ethics and behavior and adjudicate disputes among Orisa-Vodun priests. Also in 1973, commenced the construction of Osagiyan palace at Oyotunji Village. Oba Adefunmi I has been called " Father of the African Cultural Restoration Movement".

In 1981, the Caribbean Visual Arts and Research Center in New York sponsored Oba Adefunmi to be a presenter at the first World Congress of Orisa tradition and culture at the University of Ile-Ife, Nigeria. After his presentation, his Divine Royal Majesty King, Okunade Sijuwade Olubuse II, the "Ooni" of the ancient Yoruba city of Ile Ife,Nigeria, summoned Adefunmi and ordered the Ife Chiefs to perform coronation rites on him; Thereafter becoming Oba Ofuntola Oseijeman Adelabu Adefunmi I. Oba Adefunmi I became the first in a line of new world Yoruba Kings consecrated at the palace of the Ooni of Ife. He was presented with a special ceremonial sword of state, incised with the name of his Liege Lord the Ooni of Ife.

In the summer of 1993, Oba Adefunmi supervised the establishment of Ijo Orunmila Igbo Mimo, The first African American Ifa society. That fall, he became the only official representative of traditional religion, to address the Parliament of World Religions in the one hundred year history of that organization.

Oba Adefunmi I married several times during his lifetime and fathered six princes and sixteen princesses. He has designed and contributed the major finance for most of the public buildings and temples at Oyotunji and worked on many of its numerous monuments and decorative carvings. Oba Adefunmi fostered the establishment of Yoruba Temples and Shrines in New York, Chicago, Los Angeles, Philadelphia, Milwaukee, Indiana, Georgia, North Carolina, Connecticut, Ohio, Florida, Maryland, DC, VI, Panama and England. He and his initiates have initiated thousands of priests into the ministries of Orisa-Vodun. In so doing, Oba Adefunmi restored to the African American the ancient sacred priesthoods of the deities, Esu, Orunmila, Obatala, Osun, Yemoja, Ogun, Oya, Sango and Olokun. And has restored to the African descendants the rites of Gelede, Egungun and Ancestor worship.

The Adefunmi coat of arms is the pampant golden leopard clasping an ankh in one claw and a sword in the other. Leopards are a traditional emblem of royalty. The beast is suscribed with the challenge: "Eluju ki ie di eluju ekun"."in time, the field belongs to the leopard"


Besides Oyo Tunji the Gullah nation lead by Queen Quet. They are also another example of African Diaspora who have wisely chosen to lead themselves in order to avoid and rid themselves of the vestiges of White Supremacy. Only a fool would want to receive money via reparations and still remain a slave which means that money will end back in the hands of our enemies to kill us off. But here is a listing of the Gullah:

The Gullah/Geechees came together to declare themselves as a nation on July 2, 2000 with international observers and media present. 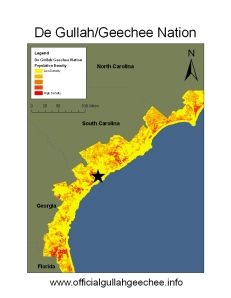 The Gullah/Geechee Nation exist from Jacksonville, NC to Jacksonville, FL. It encompasses all of the Sea Islands and thirty to thirty-five miles inland to the St. John’s River. On these islands, people from numerous African ethnic groups linked with indigenous Americans and created the unique Gullah language and traditions from which later came “Geechee.” The Gullah/Geechee people have been considered “a nation within a nation” from the time of chattel enslavement in the United States until they officially became an internationally recognized nation on July 2, 2000. At the time of their declaration as a nation, they confirmed the election of their first “head pun de boddee”-head of state and official spokesperson and queen mother. They elected Queen Quet, Chieftess and Head-of-State for the Gullah/Geechee Nation


The Nation of Islam also exists as well as the Hebrew Nation so this crazy idea about reparations without repatriation is just that crazy. As long as we are in this soverign land of White Supremacy the conspiracy will continue to haunt us and be the focal point of our struggle rather than self development. More later.
Last edited: Jun 1, 2014 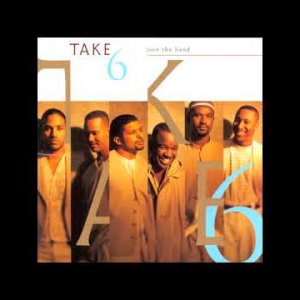