SPRINGFIELD, Massachusetts (AP) -- A U.S. evangelist faces a federal lawsuit that alleges he has waged a decades-long campaign to persecute gays in Uganda.

The Center for Constitutional Rights filed the suit Wednesday against Scott Lively of the Redemption Gate Mission Society in Massachusetts. A center attorney said it is bringing the case on behalf of the group Sexual Minorities Uganda under a statute that allows non-citizens to file actions in U.S. courts for violations of international law.

Lively told The Associated Press that he hadn't read the complaint yet, but he said the legal action was "absurd" and "completely frivolous."

Lively has said he has advised the Ugandan parliament on issues involving gays.

i realize that everyone here hates the gays.
my question is should the devil be in africa telling them what to do.

The lawsuit filed by The Center for Constitutional Rights against evangelical preacher Scott Lively is not an attack on speech.
Pam Spees of the Center for Constitutional Rights wants to make that fact as explicitly known as possible.
"We are talking about him trying to remove the freedom of expression rights of others," she said.
"It's not just his speech, it is his conduct. You cannot just do and say anything you want to, and say its part of religion."

Spees, who serves as senior staff attorney in the Center's International Human Rights docket, said their reasoning for the lawsuit has been mistaken.
"Lively is much further beyond speaking opinions. He is trying to implement a plan that, once implemented LGBTs will not have any rights," she said.
"Lively has set out a game plan and is very specific and explicit about wanting to strip people of their rights."

Wednesday, the Center for Constitutional Rights filed the suit against Lively. The suit, filed on behalf of Sexual Minorities Uganda, alleges Lively has waged a decades-long campaign to persecute gays in Uganda. The suit has been filed under a statute that allows non-citizens to file actions in U.S. courts for violations of international law. 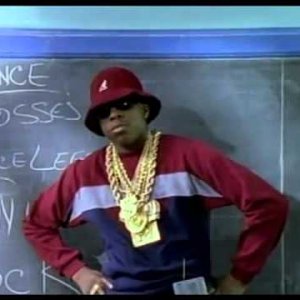