Before the Civil War ended, State “Slave Codes” prohibited slaves from owning guns. After President Lincoln issued the Emancipation Proclamation in 1863, and after the Thirteenth Amendment to the U.S. Constitution abolishing slavery was adopted and the Civil War ended in 1865, States persisted in prohibiting blacks, now freemen, from owning guns under laws renamed “Black Codes.” They did so on the basis that blacks were not citizens, and thus did not have the same rights, including the right to keep and bear arms protected in the Second Amendment to the U.S. Constitution, as whites. This view was specifically articulated by the U.S. Supreme Court in its infamous 1857 decision in Dred Scott v. Sandford to uphold slavery.

The United States Congress overrode most portions of the Black Codes by passing the Civil Rights Act of 1866. The legislative histories of both the Civil Rights Act and the Fourteenth Amendment, as well as The Special Report of the Anti-Slavery Conference of 1867, are replete with denunciations of those particular statutes that denied blacks equal access to firearms. [Kates, Handgun Prohibition and the Original Meaning of the Second Amendment, 82 Mich. L. Rev. 204, 256 (1983)] However, facially neutral disarming through economic means laws remain in effect.

After the adoption of the Fourteenth Amendment to the U.S. Constitution in 1878, most States turned to “facially neutral” business or transaction taxes on handgun purchases. However, the intention of these laws was not neutral. An article in Virginia’s official university law review called for a “prohibitive tax … on the privilege” of selling handguns as a way of disarming “the son of Ham”, whose “cowardly practice of ‘toting’ guns has been one of the most fruitful sources of crime … .Let a negro board a railroad train with a quart of mean whiskey and a pistol in his grip and the chances are that there will be a murder, or at least a row, before he alights.” [Comment, Carrying Concealed Weapons, 15 Va L. Reg. 391, 391-92 (1909); George Mason University Civil Rights Law Journal, Vol. 2, No. 1, “Gun Control and Racism,” Stefan Tahmassebi, 1991, p. 75] Thus, many Southern States imposed high taxes or banned inexpensive guns so as to price blacks and poor whites out of the gun market.

In the 1990s, “gun control” laws continue to be enacted so as to have a racist effect if not intent:
Sample Slave Codes, Black Codes, Economic-Based Gun Bans Used To Prevent The Arming Of African Americans, 1640-1995

That shows that these people consider you to be their enemies or why else would they be passing these laws, while they themselves are well armed with guns and ammunition. Silly Black people who want to integrate and join them will be sorry once the race war hits this land.

Once we all come to understand that the american system was design for the black people
who they brought here to enslave as africans started gaining freedom the system change to
keep us at bay and under in poverty as well poor and let the laws of the land be against our
heads for there will never be equal rights or any such in america....this was there fight
now it's ours for change!!!!!!

I'm not suprise by anything we see in america
Poetic flow, Poetry of a poet! Be a Premium member today and enjoy all the fruits . 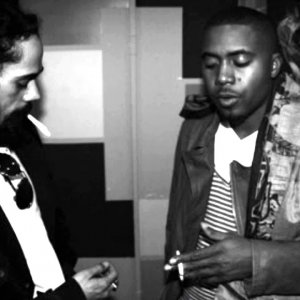