SMH another celebrity bites the dust. I am disappointed, more because i am a fan of her music

"Eight-time Grammy winner Lauryn Hill has been charged with failing to file income tax returns for several years with the Internal Revenue Service, the U.S. attorney’s office in New Jersey announced Thursday.
Hill earned more than $1.6 million during 2005, 2006 and 2007, the three years that she failed to file returns, federal prosecutors said." http://myvoicetv.net/lauryn-hill-faces-federal-tax-charges/

It's only illegal if you make mula money, right?

I'm trying to understand why go round it
Poetic flow, Poetry of a poet! Be a Premium member today and enjoy all the fruits .

She is going to join the Wesley Snipes Club Fed.

(CNN) -
Lauryn Hill is publicly addressing the charges that have been brought against her, in which she's accused of failing to file her income tax returns for three straight years.
The Grammy-winning singer and rapper explained Friday via her Tumblr account that she didn't file because she had gone "underground" to protect herself and her family.
The mother of six is facing three counts of misdemeanor failure to file income tax returns from 2005 to 2007, during which she's said to have earned more than $1.6 million, according to a statement from U.S. Attorney Paul J. Fishman.
"When I was working consistently without being affected by the interferences mentioned above, I filed and paid my taxes," the former Fugees star wrote. "This only stopped when it was necessary to withdraw from society, in order to guarantee the safety and well-being of myself and my family."
To that end, "I have remained what others would consider underground" for the past "several years," Hill further explained of her lengthy absence from the spotlight.
"I did not deliberately abandon my fans, nor did I deliberately abandon any responsibilities, but I did however put my safety, health and freedom and the freedom, safety and health of my family first over all other material concerns! I also embraced my right to resist a system intentionally opposing my right to whole and integral survival," she continued.
"I conveyed all of this when questioned as to why I did not file taxes during this time period. Obviously, the danger I faced was not accepted as reasonable grounds for deferring my tax payments, as authorities, who despite being told all of this, still chose to pursue action against me, as opposed to finding an alternative solution."
While this issue is being sorted out, Hill's returning to "what I should be doing, the way it should be done."
The singer-actress is expected to appear before a federal magistrate on June 29. She faces a maximum penalty of one year in prison as well as a $100,000 fine for each of the three charges.
" ...ultimately, the man you sleep with is a direct reflection of your character. "

her reason is she didn't file because she had gone "underground" ? 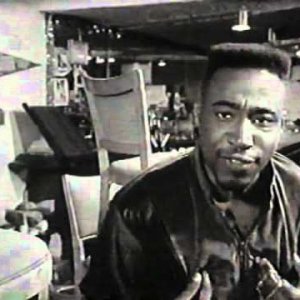