Black Women : LADIES ONLY! Women Who Are Jealous of You

I need your help. destee.com will be 25 years old in October and I don't know that we'll make it. It is hard to keep us alive right now. Our costs have only increased over the years. We have all put our love into this community, but love is not enough to keep the lights on. destee.com needs your financial help too. We are the oldest, most respectful, online black community in the world. Please help us remain. Click the Donate button below or CashApp $8664destee - Thank you.
Donate
M

MsInterpret said:
Women Who Are Jealous of You​
Women are very critical of each other when it comes to hair, makeup, clothes, a man, money, etc. When a woman is staring at you, you can feel her eyes piercing through you. Sometimes you can here some ladies rolling eyes, whispering and cackling in the back of you, saying things like, "She thinks she's cute..." or "Why is he with her? She's not even that pretty."

Or do you find yourself being this type of woman? It's human nature to get jealous or feel slightly envious of something another may have. We've all done it. Women are catty and competitive creatures at heart.

I have heard stories of women doing vicious things to one another out of jealousy. Throwing of acid in the face of a women was one, putting Nair in a shampoo bottle, slashing tires or defacing another woman's property.

I've even had friends who were envious of one another, because of who she was dating and would spread rumors about her in order to destroy the woman's relationship. Only to turn around and date her ex after their relationship ended.

You can ignore it and go about your business; you can smile at them and hope that it cools down all that extra tension; or YOU CAN IGNORE IT.

Some jealous women want to get a rise out of you, and to drag you down to their level.

How do you feel about other jealous women?

What do you do when you start to feel jealous?

Have you ever had a confrontation with a woman (or women) who tried to attack you out of jealousy?
Click to expand...

Ignore it. What else can you do?
I'm really not good with people pawning their crap off on my shoulders. In truth, it's a personal problem...and the world would run a helluva lot more smoothly if more people knew how to be f'ed up by themselves.
*smirk*
But, 'misery does love company'....y'know?

- While at my friends house, her cousin and his g-friend were there from out of town. We did chat. They left. Next day, my friend tells me that they left because she felt 'uncomfortable' being in the room with me because I was more his type'.
I said, "Huh...?"
- My friends frenemy doesn't like me because I 'think I'm cute' and I 'talk white'. My friend told me that she was envious. Not shocking. She's envious of her as well. B/c she's 'thick'. B/c she's pretty...and how my friend can tolerate that broad is beyond me. She got married and that hag was pissed off for a good while b/c she wasn't counted in the bridal shower. Well...I wasn't either but you didn't see me getting in a twist about it. I still planned/coordinated the event...and was happy to contribute.
She blamed ME for her not being invited to the bridal shower...which, I suppose, there were grounds for b/c my friend didn't want me to be uncomfortable.
I was like, "Whose uncomfortable? Invite her. It's your shindig; I know how to ignore that b...tch...."

I could go on and on. I usually get along well with women but -- y'know...how it is with some broads. They take one look at you and just assume that you're a certain way. I dunno. If I'm quiet, it's b/c I have nothing to say. It's not that I think myself better. I'm reserved.
...but I can see how some would form that impression.
I do have an 'air' about myself...*laugh*

Naw...I've never been envious of another woman's looks. I don't compare myself to other women either (by physicality).
Now, envious of my friend and her relationship with her mother? Yes...I want that. My mother is refined and somewhat cold. 'Old-guard' old money and everything that you'd perceive such an individual to be. I was always closest to my daddy.
Envious of my friends and their relationships with their children? Yes...b/c I want that. It's endearing to watch them play dress-up and 'tea party'.
I want to be a housewife and soccer mom. Funny, cause I never thought words like that would come out of my mouth...but my fiance's covert plans to domesticate me *laugh* seem to be working.
But beauty...? Meh.
Beauty is just a tool. A 'thing'. It means something to the bearer b/c it means something to everyone else.
I'm more likely to compliment a random woman than badmouth her.

I've never actually had friends who were into sabotage and badmouthing and man-stealing...because I don't mix and mingle with trash.
I tend to read people VERY well and, honestly, you can spot a female like that a mile away.

Somewhere between Earth and Heaven

Occupation
A little bit of everything.

I have had some that were jealous of me, and I too have been jealous of some females. But it wasn't until I came to love the natural beauty that I have that I stopped being jealous of others. I've learned to work with what God has given me and move on. There are way too many beautiful women out there to be jealous of some one because you might feel as if she is prettier. So when I see some one who i consider more beautiful than myself, I smile and admire her, with no hatred, because you never know, she might just feel that I am prettier than she. I think its a battle of the mind. I've found my inner and outer beauty and I'm confident in the beauty God has given me, so there is no need to be jealous. After all, we are all beautiful. But I think jealousy comes naturally for us, we just have to learn to overcome it and stop being so envious.

Or do you find yourself being this type of woman? It's human nature to get jealous or feel slightly envious of something another may have. We've all done it. Women are catty and competitive creatures at heart.
Click to expand...

Oh nuh uh, I'm gon' have to challenge on that! We ain't like that at heart! Some are, but definitely not all! I hate cattiness, and hate when women label other women catty just for being a woman(not speaking on you, btw, just other women). I don't even know HOW to act catty... which is why I suspect none ever really saw me as competition, because I try to play it cool.

That and I don't throw myself out there but make myself scarce.

A
Black Women : RECOGNIZE THE WOMEN IN YOU...LADIES

Black Women : Ladies...How should our daughters protect themselves
2 3 4 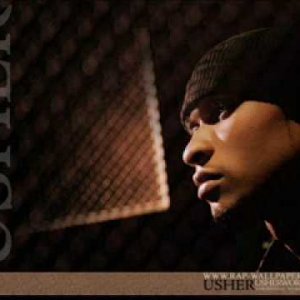