How does one describe Kobe's 81 points?

It's the greatest scoring night any of us have ever seen, except for the few among us who were in the arena in Hershey, Pennsylvania, on March 2, 1962. In other words, it's the best performance in NBA history, except for Wilt's 100

It's enough to make you wish he'd have had a faster start, instead of "only" 26 in the first half ... to be followed by 27 in the third quarter ... and 28 in the fourth ... picking up speed with all the inevitability of gravity itself, a runaway train, a basketball bouncing down a steep driveway.

After the game, Kobe insisted it was "a big win," and said getting the W was the most important thing. Not sure anyone believes that, but it was remarkable how Bryant's scoring affected the game, far more than his usual onslaught.

Three minutes into the second half, the Raptors led 71-53. Bryant already had all four of the Lakers' second half points, giving him 30 for the game, but then he cranked it up -- later he would say that he had gone into overdrive because the Lakers were "lethargic," as though he needs a reason.

Over the next 80 seconds, he made a basket and two 3s, cutting the 18-point lead to 12. The Lakers and Kobe kept coming, and, late in the third quarter, when he stole a pass and tiptoed down the sidelines to get loose for a dunk and make it 87-85, he put Los Angeles up for good.

Speaking of getting Los Angeles up, Kobe turned on the Showtime crowd for one of the greatest spontaneous celebrations ever for a single player.

For his audience, this was not about beating the Raptors but rather the pinch-me thrill of being in the arena during the greatest individual performance of the past four decades.

And while it's easy to forget when Kobe goes off, especially when the opposing team wears RAPTORS on its chest, this was an NBA team he was doing this to -- a team that was leading the game handily before he really got going.

That team, with talented players like Chris Bosh, Jalen Rose and Mike James on the floor, was clearly rattled, or worse. When everyone realized what Kobe was up to, both teams responded emotionally. The Lakers got a charge from Kobe's energy, while the Raptors were both distracted and overwhelmed. After a 63-point first half, they managed only 41 points in the second half, including only three baskets during a decisive nine-minute stretch.

A month ago, Lakers coach Phil Jackson (along with Kobe himself) held Bryant out of the fourth quarter, when Kobe had 62 and the Lakers had the game vs. the Mavericks locked up. Jackson was criticized, in the Daily Dime and elsewhere, for his decision.

This time, he might have had the same impulse, but he thought better of it. Late in the game, he said later, he told assistant coach Frank Hamblen he would take Kobe out. "I don't think you can," Hamblen replied, according to Jackson. "He has 77 points." And Jackson left Kobe in, until a Toronto turnover with four seconds to play allowed him to remove Kobe for the ovation he deserved and, indeed, even a half-hug from the Zen Master.

And he beat them all.

Except for Wilt. On one night.

Too bad the Lakers don't play on Super Sunday. I'd love to see Kobe go for Wilt's record, too.
Click to expand...

Unbelievable. It's good for the game.

Man I just heard about this
Kobe is still dynamite for real
The Kid is explosive
Who in the game right now is better
I can think of one...
P

Kobe is the most talent player and most prolific scorer since Michael Jordan, hands down. If he continues to develop, and recapture the championship sucess of his earlier years. They might be referring to Kobe Bryant as the GOAT for years to come.
T

Black Sports : D'antoni should be fired for not pulling Kobe from that game.
2 3 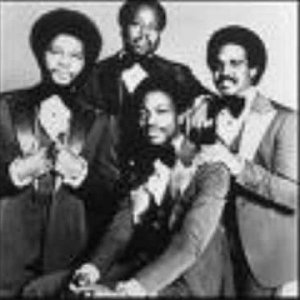