RAPTOR said:
I won’t react to something just because I’m supposed to, because I’m an African-American,” he said.
Click to expand...

Which means his African-American-ness has trumped his Humanity. Trayvon was a human being first.. before anything else.. and it's on that level that most human beings responded to what happened.

but hey.. why do we expect so much from Athletes?.. he's not really involved in the real life that the rest of us are living in.. his salary removes
him from our kinds of concerns.. his life is about putting the ball in the hole.. that's it, that's all. So why look to him for any great insight?

There are a few different elements at play here;

1. Kobe has never been the sharpest knife in the drawer.

2. Kobe is married to a non-Black female. I have noticed that men and women in IR's tend to react, and speak in blinded weak mindedness concerning political, and racial issues like Kobe has. Guess who else made the same style of ignorant comments about Treyvon Martin that Kobe made?...Charles Barkley<<<married to a Caucasian . http://www.orlandosentinel.com/spor...mmerman-trayvon-martin-20130723,0,569431.post . Not saying that this is true for all Ir-ees but I am just saying.

3. I believe that Kobe is licking his wounds from that deep character incision that Jim Brown performed on him in recently
q. http://probasketballtalk.nbcsports....wn-takes-shot-at-kobe-bryant-kobe-fires-back/

Seems that Jim was spot on!

Bottom line Kobe is a cornball of an ignoramus , and lacks the intelligence to overstand why Lebron James and the Heat did what they did (which IMHO wasn't much) . He also lacks the humanity to realize that he is talking about the dead child of a grieving mother and father, so i guess I can add the word punk to the list of descriptions.
Last edited: Mar 30, 2014

now i want him to come back.......and break the other leg

...then ship him to Philly his "hometown".
Building A Global e-Networking Community Focusing on Black Genealogy/Family History and the Cultural/Spiritual Traditions of African people worldwide. EWOSA Village @facebook.com. Follow my blog at http://blkrootsworker.blogspot.com/?m=1

Omowale Jabali said:
...then ship him to Philly his "hometown".
Click to expand... 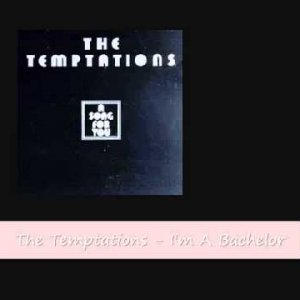