Never in the day of my life would I have thought I could match Dr. Martin Luther King’s last, and most apocalyptic sermon (I see the Promised Land) delivered April 3, 1968 with a song dedicated to white revolutionary John Brown. Brown was a national hero to blacks trying to form a national insurrection on December 2nd of 1859. The litmus test for Malcolm X to have any brotherhood of Allies with whites was based on their opinion of John Brown (Malcolm X on Afro-American History p.78 Pathfinder Press). Because in reality blacks get freedom by the ballot or the bullet=Justice Or Else. In the 1960’s the black Muslims said “Land Or Else”

“As the Abolition-democracy gained in prestige and in power, they appeared as prophets, and let by Statesmen, they began to guide the nation out of the morass into which it had fallen…while marching millions sang the noblest war-song of the ages to the tune of “John Brown’s Body”:

“Mine eyes have seen the glory of the coming of the Lord,

He is trampling out the vintage where the grapes of wrath are stored,

He hath loosed the fateful lightning of his terrible swift sword,

His truth is marching on!”

This poem was at the end of chapter 4 and part of poetry was used to title Chapter 5 “The coming of the Lord. Don’t confuse song with When Johnny Comes Marching Home Again (circa 1860)

Why did King decide to use Mine eyes have seen the glory of the coming of the Lord,

As his last sentence in his last speech from a person attempting to overthrow the government by violent means?

If these connections come out to be a true bill then King’s promise Land is clearly linked with Land/Justice Or Else theological concept. King believed in reparation and redistribution of wealth for blacks to have “Promised Land”. Racism & slavery has produced a cancer upon the USA. We all inherited the problem, guilty or not we must remove the cancer with Justice. If a fire is burning the city for 400 years we don’t care who started it just put it out with Justice.

Upon further research to refute any speculation that MLK was just reciting lines of poetry that he heard that was passed down to him as a child and teenager in church, I offer additional evidence. Doing detective work I came across a March 25, 1965 speech King spoke triumphantly in Alabama’s capitol. The title of the speech is OUR GOD IS MARCHING ON! At the end of this short speech he recited the exact above stanza of John Brown’s Body recorded in Dubois book in 1935. I discovered this in the book A Testament of Hope: The Essential writings and speeches of MLK Edited by James M. Washington p.227-231. More critics may say that he didn’t know that the poem was dedicated to John Brown the white violent revolutionary friend and ally of black slaves. Well I got something for that too. In January 1965 Alex Haley was working for Playboy magazine and I stumbled upon a very interesting revelation:

Haley: We Shall Overcome has become the unofficial song and slogan of the Civil Rights Movement. Do you consider such inspirational anthems important to morale?

King: In a sense, songs are the soul of a movement. Consider, in World War II, Praise The Lord and Pass the Ammunition, and in WW I, Over there, and during the Civil War, Battle hymn of the Republic and John Brown’s Body …for the same reasons the slaves sang, negroes today sing freedom songs, for we, too, are in bondage” (Alex Haley: The Playboy Interviews p.90-91 Edited by Murray Fisher. With that logic and train of thought I understand why MLK, after giving his I have a Dream speech immediately march to the White House and asked Kennedy to give black people a second Emancipation Proclamation. That was a classic act and reenactment of Moses asking Pharaoh to let his people go. 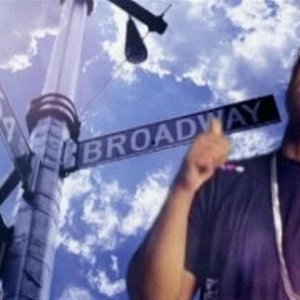