King Saul blamed for Famine so was Apostle Saul/Paul

Subject: Is there Typological elements of King Saul’s Famine in Revelations chapter 6

Thanks to your research in your two books: Caesar’s Messiah and Shakespeare’s Jewish Messiah I learned that the Apostle Paul was a composite figure and Typologically linked with the OT Saul. In Revelations chapter 6 you advocate that the 4 horses is one aspect of the Emperor Paul but could they be symbolic of Saul/Paul.

I was looking through the index of William Whiston’s translation of the works of Josephus under F for famine and accidentally found out that King Saul was being blamed a Famine. So I looked it up in 2 Samuel 21:1-22:

“During the reign of David, there was a famine for three successive years; so David sought the face of the Lord. The Lord said, ‘it is n account of Saul and his blood-stained house; it is because he put the Gibeonites to death”. The punishment was for seven male descendants to die:

“He handed them over to the Gieonites, who killed and exposed them on a hill before the lord. All seven of them fell together; they were put to death during the first days of the harvest, just as the barley harvest was beginning.

Rizpah, the granddaughter of Saul took sackcloth and spread it out for herself on a rock. From the beginning of the harvest till the rain poured down from the heavens o the bodies…”.

We have some similar themes of David requesting a face meeting with the Lord which results in the execution of punishment. In Rev 6:15-17 we have people wanted to flee into rocks and mountains to hide from the face of the lord to avoid a wrath to come.

“the sun turned black like sackcloth made of goat hair, the whole moon turned blood red, and the stars in the sky fell to earth, as late figs drop from a fig tree when shaken y a strong wind”.

In the Letter of Jude it also talks about wind uprooting Trees without “Fruit” and wandering stars. This was about a Shepherd who only feed themselves (see Jude verse 12-13. We come to understand that Jude is talking about Paul who boast to advantage of others in Jude 16 because Paul admits he boast but doesn’t allow himself to be taken advantage of in 2 Cor 11:16-21.

The 13th Apostle Paul is linked Typological linked with the Old Testament King Saul. Typology is the secret language of the elites who base one character upon another or use a person, place or thing as a multiple composite figure.

There are at least five points of reference plugging in OT Saul into another character Saul/Paul: 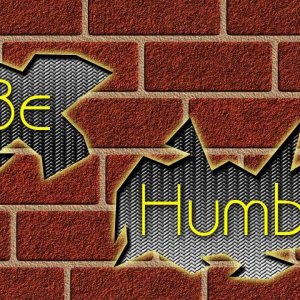