Black Entertainment : KING of Blues the great BB King has died at89

The 'King of the Blues' guitarist and singer, BB King, has died aged 89

King, known for his hits Lucille, Sweet Black Angel and Rock Me Baby, died in his sleep in Las Vegas.

Born in Mississippi, King began performing in the 1940s. He went on to influence a generation of musicians, working with Eric Clapton and U2.

Once ranked as the third greatest guitarist of all time, he had been suffering ill health in recent months.

He was recently taken to hospital with a diabetes-related illness. 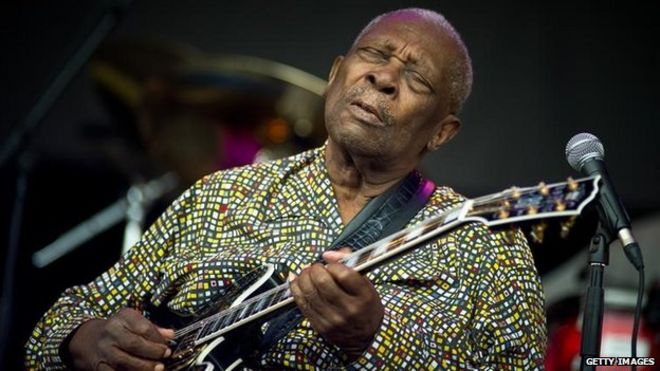 R.I.P BB.King. A Blues Legend. As he leave a great legacy
Poetic flow, Poetry of a poet! Be a Premium member today and enjoy all the fruits .

Sad News. Blues Legend B.B. King has died at age 89. This is a developing story. Enjoy this video of one of the greatest Blues Legends of all time. R.I.P. B.B. King

Man...this is a piece of my childhood gone. I remember when my momma and her friend use to sit with their home brew and listen to B.B, Muddy, etc. Also, I use to walk pass record stores on 63rd st and hear "The Thrill is Gone" playing.

You know he had diabetes for the longest, he did a few commercials in the 90's (I think) advertising a testing device.

R.I.P. to The Blues Master.

(excerpted from: Blues Can Never Die)
Music brought him from Mississippi's dirt roads to black-tie meetings with world leaders. He gave a guitar to Pope John Paul II, and had President Barack Obama singing to his "Sweet Home Chicago."

In 2005, the Mississippi House and Senate declared Feb. 15 to be B.B. King Day. The blues great said he had never set foot in the Mississippi Capitol until then. He wiped away tears, and described it as his most proud moment.

"I tell you I was in Heaven. I was so happy that I cried. I don't do that often in public, but the water just came. I couldn't help it," King said later.

King lived in Las Vegas, but Mississippi was his home.

In the early 1980s, King donated about 8,000 recordings - mostly 33, 45 and 78 rpm records, but also some Edison wax cylinders - to the University of Mississippi, launching a blues archive that researchers still use today. He also supported the B.B. King Museum and Delta Interpretive Center in Indianola, a $10 million, 18,000-square-foot structure, built around the cotton gin where King once worked.

"I want to be able to share with the world the blues as I know it - that kind of music - and talk about the Delta and Mississippi as a whole," he said at the center's groundbreaking in 2005.

The museum not only holds his personal papers, but hosts music camps and community events focused on health challenges including diabetes, which King suffered from for years. At his urging, Mississippi teenagers work as docents, not only at the center but also at the Holocaust Museum in Washington, D.C.
Click to expand...


B.B. King: The Man Who Saved the Blues 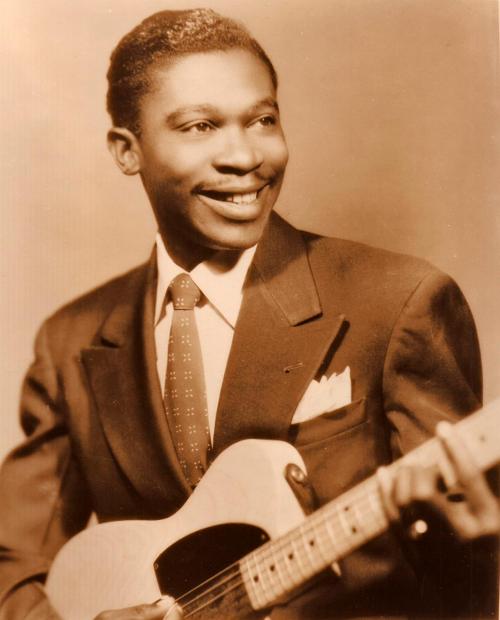 B.B. King possessed what every musician desires: a signature sound. One guitar note, one word from his mouth and you instantly knew it was B.B. King. He made his Gibson guitar sing. He made the world swing. But B.B. King matters for one reason beyond his musical prowess.

Black Entertainment : Earl King - Time For The Sun To Rise 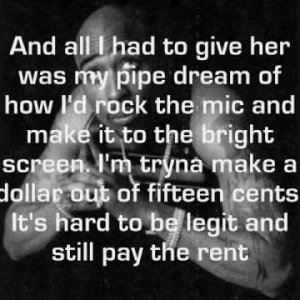