During NBC's live broadcast of Concert for Hurricane Relief rapper Kanye West, in what appeared to be an impromptu address, told viewers that National Guardsmen were given the unfair order to shoot at African-Americans on the streets of New Orleans.

In a stumbling, yet defiant statement, West proclaimed that when African-Americans were caught stealing in New Orleans, they were called looters. However when whites were caught, they were just feeding their families.

He was joined by former Saturday Night Live star Mike Myers, who returned to the script, and seemed frustrated by the the rapper's remarks.

West then declared "George Bush doesn't care about black people." Before the rapper could complete his statement, NBC producers cut away.

"NBC producers cut away" ... yet they want us to believe they're reporting everything properly?!

Why not let this Brother say what he wants to say ... everybody else been talk'n??!!

i just saw the footage. kanye west was right on the mark with every comment. i mean im hearing stories or reporters claiming this out of control violence and a "break down in order". yet i see no footage of these so called crazed criminals. in the L.A. riots of the ninties we saw what rioting and mass criminal movement was. they have no footage because its a lie. Since 9/11 (and way before) the media has been using spook stories and scare tactics to create controversey, and dehumanized melanated peoples. these africans in New orleans are looking for food and supplies, they are desperate they are on the brink of starvation.

I am not supprised by the media but I am thoroughly disgusted and am once again reminded of what we as a peolpe need to do to protect our selves. The most violent thing i saw in the footage were two white boys standing in a pool of water with machine guns making defiant gestures to an un filmed target.

Kanye West has a lot of heart, using his celebrity to get a real message and analysis to this sick country. These Victims in New Orleans earily resemble pictures and footage of our Struggling brothers and sisters in parts of Afrika ,we have seen through out our life time. No bush does not care, neither does the majority of white America, my hat goes off to kanye West.

Sometimes I guess that arrogance that Kanye West has can come out positive.

Every thing brother Kanye West said is absolutly true. We should all feel the same way about what we have witness and heard about in New Orleans, after the Killer Storm. After 5 days after, help only comes after internationl outrage. Death and Suffering trivilized by the white washed media to talking aout looting? It should be totaly clear what standing the So-called Black Man and Black Woman has in these so-called United States. We are always last in any U.S. policy unles it is some thing slated for distruction,...such as the introduction of Krack into our communities, Guns into our community, Second, Third, Forth and "No" class at all, forced on us by the U.S. Government,..."Then" we are absolutly "First". We have seen and we have heard or experienced the worst treatment known to any human on the Earth, here in the U.S. Yet we are still hopeful that so-called White Folks will begin to treat us right and teach us right. "This will Never Happen in 10 thousand life times". After being warned and given insight into solutions to Free our self, by different persons who gave there life to the struggle, it almost seems that we don't want our Freedom and are afraid to exercise it, at least not with out our so-called white Enemy included. For what ever the reason, with all due respects, we have just seen what happens to those who wait too late to act. The U.S. government or more properly, the United States of White Folks, becasue we are not totaly united yet, and there is no black face on the money and some of us are so disoriented that we think we don't have to "Unite", whites Are all ways makeing plans, 10, 20, 50, and 100 year plans to be on "Top" of "Us". If you don't plan to succeed, you plan to fale. The Europian don't love you and never will, even if you are married to one of them, they still can't love you if you are Afrikan,...and even pretending to be white. Time is running out, the Final Call is just about over, We will know we have to do for self or else very soon. It is time for us to wake up!!! 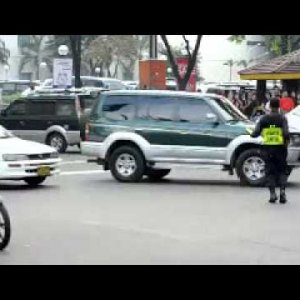