Black People : " JUSTICE OR ELSE"

What are your Thoughts about The Minister calling Us back to Washington D.C. But calling For our Red and Brown family to Join Us as Well?

Do You agree with the Muslim Program? And should it be put before Congress?

What The Muslims Want


This is the question asked most frequently by both the whites and the blacks.
The answers to this question I shall state as simply as possible. 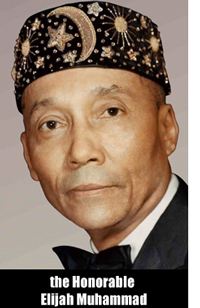 1. We want freedom. We want a full and complete freedom.

Since we cannot get along with them in peace and equality, after giving them 400 years of our sweat and blood and receiving in return some of the worst treatment human beings have ever experienced, we believe our contributions to this land and the suffering forced upon us by white America, justifies our demand for complete separation in a state or territory of our own.

5. We want freedom for all Believers of Islam now held in federal prisons. We want freedom for all black men and women now under death sentence in innumerable prisons in the North as well as the South. We want every black man and woman to have the freedom to accept or reject being separated from the slave master’s children and establish a land of their own.

We know that the above plan for the solution of the black and white conflict is the best and only answer to the problem between two people.

6. We want an immediate end to the police brutality and mob attacks against the so-called Negro throughout the United States. We believe that the Federal government should intercede to see that black men and women tried in white courts receive justice in accordance with the laws of the land–or allow us to build a new nation for ourselves, dedicated to justice, freedom and liberty.

7. As long as we are not allowed to establish a state or territory of our own, we demand not only equal justice under the laws of the United States, but equal employment opportunities–NOW!

We do not believe that after 400 years of free or nearly free labor, sweat and blood, which has helped America become rich and powerful, so many thousands of black people should have to subsist on relief or charity or live in poor houses.

8. We want the government of the United States to exempt our people from ALL taxation as long as we are deprived of equal justice under the laws of the land.

9. We want equal education–but separate schools up to 16 for boys and 18 for girls on the condition that the girls be sent to women’s colleges and universities. We want all black children educated, taught and trained by their own teachers. Under such schooling system we believe we will make a better nation of people. The United States government should provide, free, all necessary text books and equipment, schools and college buildings. The Muslim teachers shall be left free to teach and train their people in the way of righteousness, decency and self respect.

10. We believe that intermarriage or race mixing should be prohibited. We want the religion of Islam taught without hindrance or suppression.


What The Muslims Believe
1. WE BELIEVE In the One God whose proper Name is Allah.

2. WE BELIEVE in the Holy Qur’an and in the Scriptures of all the Prophets of God.

3. WE BELIEVE in the truth of the Bible, but we believe that it has been tampered with and must be reinterpreted so that mankind will not be snared by the falsehoods that have been added to it.

4. WE BELIEVE in Allah’s Prophets and the Scriptures they brought to the people.

6. WE BELIEVE in the judgment; we believe this first judgment will take place as God revealed, in America…

7. WE BELIEVE this is the time in history for the separation of the so-called Negroes and the so-called white Americans. We believe the black man should be freed in name as well as in fact. By this we mean that he should be freed from the names imposed upon him by his former slave masters. Names which identified him as being the slave master’s slave. We believe that if we are free indeed, we should go in our own people’s names–the black people of the Earth.

8. WE BELIEVE in justice for all, whether in God or not; we believe as others, that we are due equal justice as human beings. We believe in equality–as a nation–of equals. We do not believe that we are equal with our slave masters in the status of “freed slaves.”

We recognize and respect American citizens as independent peoples and we respect their laws which govern this nation.

9. WE BELIEVE that the offer of integration is hypocritical and is made by those who are trying to deceive the black peoples into believing that their 400-year-old open enemies of freedom, justice and equality are, all of a sudden, their “friends.” Furthermore, we believe that such deception is intended to prevent black people from realizing that the time in history has arrived for the separation from the whites of this nation.

If the white people are truthful about their professed friendship toward the so-called Negro, they can prove it by dividing up America with their slaves. We do not believe that America will ever be able to furnish enough jobs for her own millions of unemployed, in addition to jobs for the 20,000,000 black people as well.

10. WE BELIEVE that we who declare ourselves to be righteous Muslims, should not participate in wars which take the lives of humans. We do not believe this nation should force us to take part in such wars, for we have nothing to gain from it unless America agrees to give us the necessary territory wherein we may have something to fight for.

12. WE BELIEVE that Allah (God) appeared in the Person of Master W. Fard Muhammad, July, 1930; the long-awaited “Messiah” of the Christians and the “Mahdi” of the Muslims.

We believe further and lastly that Allah is God and besides HIM there is no god and He will bring about a universal government of peace wherein we all can live in peace together.

What are your Thoughts about The Minister calling Us back to Washington D.C. But calling For our Red and Brown family to Join Us as Well?...
Click to expand...

I have a question as you are asking about justice. Is it justice that someone be MURDERED for "verbal assaults against the messenger" which apparently the Nation of Islam does believe according to the words of Muhammad Ali in this video (his words from his Nation of Islam days:)

just muslim teachers? and if one isn't any more interested in the religion of islam than of christianity?

on the other hand, what of the Trans-Saharan Slave Trade and Racism in the Arab World:
It is deeply problematic that the trans-Saharan slave trade–which both pre-dates and post-dates the trans-Atlantic slave trade and destroyed at least twice as many lives as the latter (many scholars estimate that close to 18 million people were enslaved between 800 and 1900)–receives such little attention when we teach history in the 21st century, especially within an Arab-Muslim context. This slave-trade was no less brutal than its trans-Atlantic counterpart, with millions of people being captured, bought, sold, and forcibly dislocated from their homeland to serve the elites throughout the Middle East and North Africa in various domestic, military, and sexual capacities. Unlike other slave trades in Islamic contexts, this was a slave trade accompanied by an entire culture that accepted it and an ideology that condoned it. Perhaps if this horrific historical reality of the trans-Saharan slave trade was more emphasized, the use of terms such as “abd” (“slave”) by many Arabs to refer to people of African origin would be less acceptable. Indeed, in modern Arabic parlance the word for slave and the word for black person have become almost interchangeable with many people not even pausing to consider the derogatory and oppressive connotations of the terminology they are using to designate their fellow human beings. A strong awareness of the history and legacy of the trans-Saharan slave trade would go a long way towards sensitizing people to the problematic use of language. Educating people about this slave trade would also alert people to the fact that it was not just Euro-American civilization that was guilty of the worst abuses of colonialism and genocide in the past several centuries. It is also just as important to be conscious of major differences and nuances of the trans-Saharan slave trade and its legacies from its trans-Atlantic counterpart as we seek to deconstruct the manifestations of racism and its structures in Arab-Islamic societies. ...

a few more links at google

Mauritania’s endless sea of sand dunes hides an open secret: An estimated 10% to 20% of the population lives in slavery. But as one woman’s journey shows, the first step toward freedom is realizing you’re enslaved.

[sidebar]
Why slavery still exists in 2012

Why has slavery continued in Mauritania long after it was abolished elsewhere? There are many factors that contribute to the complex situation. Here are a few:
Politics
Mauritania's government has done little to combat slavery and in interviews with CNN denied that the practice exists. "All people are free in Mauritania and this phenomenon (of slavery) no longer exists," one official said.

Geography
Mauritania is a huge and largely empty country in the Sahara Desert. This makes it difficult to enforce any laws, including those against slavery. A branch of al Qaeda has found it an attractive hiding place, and the country's vastness also means that rural and nomadic slave owners are largely hidden from view.

Poverty
Forty-four percent of Mauritanians live on less than $2 per day. Slave owners and their slaves are often extremely poor, uneducated and illiterate. This makes seeking a life outside slavery extremely difficult or impossible. On the other hand, poverty has also led to some slave masters setting their slaves free, because they can no longer afford to keep them.

Religion
Local Islamic leaders, called imams, historically have spoken in favor of slavery. Activists say the practice continues in some mosques, particularly in rural areas. Various religions in many countries have been used to justify the continuation of slavery. "They make people believe that going to paradise depends on their submission," one Mauritanian activist, Boubacar Messaoud, said of how religious leaders handle slavery.

Racism
Slavery in Mauritania is not entirely based on race, but lighter-skinned people historically have owned people with darker skin, and racism in the country is rampant, according to local analysts. Mauritanians live by a rigid caste system, with the slave class at the bottom.

Education
Perhaps most surprising, many slaves in Mauritania don't understand that they are enslaved; they have been brainwashed, activists say, to believe it is their place in the world to work as slaves, without pay, and without rights to their children. Others fear they would lose social status if they were to run away from a master who is seen as wealthy. Slaves of noble families attain a certain level of status by association. 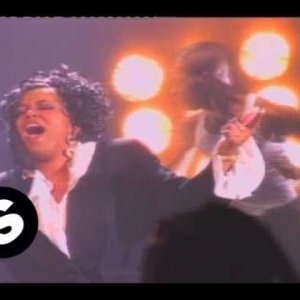