Brother AACOOLDRE : Just what was Paul's doing with Scales in his eyes

WHAT WHERE THE SYMBOLIC SCALES ON PAUL’S EYES?

“Something like Scales fell from Saul/Paul eyes and he could see again” Acts 9:18

What were these scales. For St James’s letter, 2 Peter, Letter of Jude & Revelations it would have represented Paul being partially blind to the whole Law of Moses and therefore being symbolic of unbalanced Scales.

Once we learned that Paul was being equated with Hermes (Thoth) because of his speaking ability (Acts 14:12) the scales can now take on a variety of dimensions.

Herodotus, a Greek historian reported that nearly all the Greek Gods were named after Egyptian Gods.

Hermes was named after Thoth, who is the protector and patron of Herdsmen (Shepherds), Thieves, Oratory, wit, literature, poetry, trade. Hermes is a trickers and outwits other gods to his own satisfaction. Some of his symbols include winged sandals and two snakes wrapped around a winged staff.

The late Acharys S. Reports that the black horse with unbalance scales in Rev 6:5 is the planet Saturn (The Christ conspiracy p.269). This is why judges wear Black robes. In Rev 19 we have a white horse with balance scales of Justice.

Saturn in a chariot with winged, serpent like dragons

Thoth in Egypt invents letters, math, helped with balance beam to report on Souls being balanced or unbalanced on the scales. He served as a mediating power between Good and evil making sure neither had a decisive victory over the other. Thoth wrote two books on music. Thoth was also responsible for the orderly arrangement of the Harmony of the musical sounds and their nature. Maat is related to the harmonic laws of music and societal orderly relationship from which Thoth plays a role in.

In Acts 17:16-28 Paul appeals to Stoic philosophers in Athens by mentioning that some of their own poets cite we are of the same from God’s offspring. Both Stoicism and Christianity assert freedom in the face of the external world, a belief in human kinship, with respect to the passions and inferior emotions such as lust, and envy, so that the higher possibilities of one’s humanity can be awakened and developed. Stoicism was founded in Athens by Zeno. Zeno’s ideas developed from those of the Cynics, whose founding father Antisthenes, had been a disciple of Socrates. George G.M. James asserts in his book Stolen legacy that Plato, Socrates stole their ideas from Egyptian priests.

Later Roman Stoicism focused on promoting a life in harmony within the universe. A philosophy of not what a person said but how the person behaved (Faith & Works theme). To paraphrase Webster’s Dictionary that the Stoics were free, indifferent from Hot passion unmoved and restrained from cold grief, pain or distress but submit to orderly balance of natural law. If we turn to Chapter 3 of the Book of Revelations we might the Judge on the white horse with balance saying he sees the deeds of some being neither Hot nor Cold but “Lukewarm” balanced to the Law.

Socrates & Plato in the first book of the Republic (333D-335B)uses antidotes of Horsemanship, Music and Hot & Cold in their quest to seek and define Justice. I knew about Plato’s works in Phaedrus about the Black and White horse being a part of Egyptian “Great Balance” of judging souls on the scales but didn’t know its application with music until further reading.

Plato and Socrates believe that the balance between Gymnastic (Sports) and the Arts (poetry, storytelling, music) can help people live a moral life. In book 3 of the Republic (396B-398A)they state that the poet and storyteller “Should imitate for us the speech of the good, and should tell his tales on those patterns for which we made our laws”…And that part of music which is concerned with stories and fables…poetry is made up of three parts words, tune and rhythm”.

Scales (harmony) were tunes and scales regulating the musical intervals. These intervals were based on mathematics of division. Because Thoth/Hermes invented math they would by default play some type of role. Clearly Paul was something like Thoth/Hermes being a patron of sports telling Athlete to compete and win by playing by the rules (2 timothy 2:5). He tell runners to run to win the prize he sets up as an analogy of “his gospel” wining over other gospels (James & the Dead Sea Scrolls) see 1 Corinthians 9:21-27) Paul like Hermes outwits the Jewish religion to move over to a perverted Christian version. Unfortunately, he took on the bad side of Thoth/Hermes again by being a Trickery from which Paul uses to win converts. “Yet crafty fellow that Iam, I caught you by trickery” (2 Corinthians 12:16).


When Paul drops the balance Scales from his eyes in Acts 9:18 he states now he can reason and put away childish things “now we see but a poor reflection as in a mirror; then we shall see face to face. Now I know in part; then I shall know full, even as Iam fully known by faith, hope and Love 1 Corinthians 13:10-13. But this is the opposite of what James thinks of Paul as being incomplete without the whole Law (Unbalanced/Stumbles) by not having faith and works. And in the letter Jude all those disputing about the body of Moses (body of Laws) as unreasonable (stubborn) animals (Donkey) and a bad Shepherd (Arab). Jude gets down right blunt and frank and calls these unreasonable people followers and profit from of Balaam’s error...Shepherds who go to a feasts feed only themselves are clouds without rain”. Now this runs strikingly parallel “Like some diner going to have a feast, or with a view to selling. Like a moneymaker and no shepherd. But the art of shepherding, I take it, cares simply and solely for what it is set over, how to provide the best for that; since for itself all has been sufficiently provided…falling short of being the Shepherd’s art…”. (Republic book 1 342E-345A) with Paul being related to an Herodian Arab (Romans 16:11) may hope to fly up to heaven up on some winged ***/Donkey like Muhammad was reputed to have done before the White Horse of Justice (Domitian) kills him as the Black Horse of unbalanced scales with blood running up to his neck’s Bridle & Bit.


Notes: I’m completely convinced that James & Jude were influence by the writings of Plato and the Dead Sea Scrolls.

Brother AACOOLDRE : Was Paul turned into a Venus star parody? 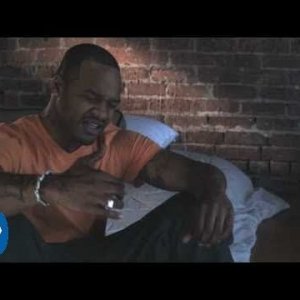