Black People : JUNETEENTH - the holiday not the bk

jw- has anyone else heard about this....i couldnt get the link to work so here is the whole article....

Although she`s leaving the state, Jean Byrd didn`t want to miss the Juneteenth celebration in Stillwater.

"This is a celebration of freedom," Byrd said Thursday as movers packed her house. "I couldn`t leave before I celebrated it one more time."

Like many Oklahomans, Byrd knew little about Juneteenth a few decades ago, when the popular Texas holiday spread to other states.

Today, Oklahoma and 12 other states have joined Texas in making Juneteenth an official state holiday. Some have talked about making the Juneteenth a national holiday.

The first Juneteenth celebration occurred in 1865, in Galveston, Texas, when Maj. Gen. Gordon Granger landed with news that the Civil War had ended and, along with it, slavery.

President Lincoln had issued the emancipation proclamation two and a half years earlier, but the union had no power to enforce it in Texas until Granger arrived.

Three decades later, black towns in Oklahoma were popping up and an effort to make Oklahoma an all-black state went as far as Congress.

"It was an opportunity for them to escape from the racism in the South, an opportunity to prove themselves to whites," said Hannibal B. Johnson, historian and author of "Acres of Aspiration: The All Black Towns in Oklahoma."

About 50 black town sites remain, while only about a dozen are still thriving communities.

"I`d say it might be related to black consciousness and the desire to form a black identity; to emphasize our identity and to say, `Here we are and this is our holiday,`" said Coleman, who will be working Saturday at the library`s annual Juneteenth celebration, attended by about 2,500 people last year.

In Clinton, Barbara Hayes is getting ready for a hog roast. Last year the East Clinton Coalition`s first Juneteenth whole-hog roast was marred by a melee the night before between police officers and some black residents.

At least 10 people were arrested and some of them later accused police officers of harassment.

"We`re the town that supposedly had the riot last year," Hayes said. "We`re trying to stay on top of that this year. We met with the policemen and we have a plan if anything starts," she said.

"The legacy of slavery is important to everyone in America, and I think Juneteenth just basically reminds us that black people were delivered by the Civil War," Milton said.

"Unless we expose the truth about the African American slave experience, I don`t think any Americans can really be free. So we celebrate because we don`t want to forget," he said.

should it be a national holiday?
M

Thats great!! If you look into the Trinidad Carnival and all the other celibrations (Caribana, Brazil Carnival, etc...) they all have roots in slavery.

This Juneteenth thing has to do with the END OF SLAVERY which was a great event in history. I aint American but I definitely think that needs to be celebrated on a national scale. It would really help keep the younger generations involved in their own history and culture and give others an opportunity to see some black american traditions they dont normally see.

Yes we are aware of juneteenth, my husband and daughter go to a festival every year.

queentswana: is there anything about it that you can tell me that the article left out? 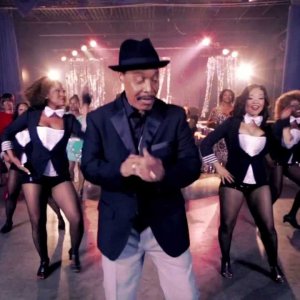