A Brooklyn judge ordered a teen to live with his homeless dad -- in a shelter -- after the boy's mom, a $90,000-a-year court worker, was critical of the legal process, court papers reveal.

Jeannette Traylor was even denied visitation rights -- despite the fact that the 17-year-old boy's dad, John Jacobs, "has been living in storefronts and borrowed rooms and basements" for years, according to the court papers.

The dad "constantly misled" investigators -- and a psychologist testified that he had "severe reservations" about Jacobs' parenting skills, the papers say.

"I begged the judge please not to play with my son's life," Traylor told The Post. "What my ex-husband does doesn't surprise me. But I expected better when I went to court."

But Jacobs insisted to The Post that the teen is better off with him.

"If I was in a cardboard box and if it was better for my son, so be it," said the dad, who lives with the teen in a city-run shelter in Flatbush, Brooklyn.

"One parent is healthier for the child than the other . . . When you add the whole thing together, I'm better for the boy. That's the bottom line."

The couple broke up in 1994, not long after their son was born. They shared joint custody for a period, until a judge gave Traylor primary physical custody in 2001.

But Jacobs refused to accept that decision.

So over the next decade, he and Traylor -- a court clerk in Manhattan Supreme Court and a 30-year employee of the system -- wound up filing more than two-and-a-half dozen petitions and motions.

Even if the mother was a billionaire, and the father lived in a dumpster,

the reason for custod was not mentioned, therefore was there so much abuse from the mother, that caused the judge to make that decision?

There was a Montel Williams show , years ago that literaly made me vomit.

It was a show of Black women that had married their own very young sons,


and even "The Last Poets" rapped about this in one of their latest poems called
"A Story of Our Loss, A Terrible Cost"

so the question is,
was this guy sexualy or otherwise abused by his mother?


Strange and bizzare things happen, for instance;
vA Zimbabwean woman and her son have done the unthinkable – they have fallen in love with one another. And now they want to marry since the mom, Betty Mbereko from Mwenezi in Masvingo, is six months pregnant and expecting her son’s child. 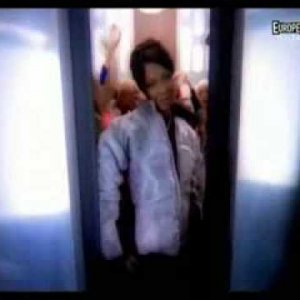