JUDAS (backbiter) Iscariot (Issachar/Jackass donkey).
He will bind his foal to the vine
And his ***’s colt to the choice vine…(see John 12:13-14 )
Issachar is a rawboned donkey
Lying down between two saddlebags (two Satan’s in between sign of cancer)
When he sees how good is his resting place
And how pleasant is his land
He will bend his shoulder to the burden
And submit to forced labor…”
Genesis 49:14-15
Many people recognized Issachar as a pun on Iscariot “Issachar of genesis 49 is the strong *** crouching down between two burdens (saddlebags) , which is to say the *** stars in the constellation of cancer/scorpion when the sun’s (Jesus) strength begins to weaken” (Suns of God By Acharya S/aka D.M. Murdock p.472) . Murdock also claims Jesus is fufiling prophecies of Genesis 49 and Zech 9:9 by having Jesus march into Jerusalem on a *** (donkey) see Who was Jesus p.130-131. The goat isn’t the only image of Satan.
So we see the signs of Two ***’s (Donkey/Satans) in the sign of cancer. It’s no coincidence that we have two Simons called Satan by Jesus and we have another Simon as the father of Judas Iscariot in the NT (John 6:71 & John 13:26).
Many scholars believe that all the Simons in the NT are the same composite figure. “Supporting this conjecture was the fact that while Jesus gave instructions to Simon the Apostle to follow him with a cross, it was Simon the Cyrene who carried out the prophecy, indicating that these two Simons were lampoons of the same individual.
Jesus tells Simon the Apostle Get behind me Satan (Matthew 16: 22-25)
Jesus tells “Simon, a Cyrenaean, who was coming in from the country and on his shoulders they put the cross for him to carry it behind Jesus” (Luke 23:26) I don’t know what translation Josephus Atwill is using in his book Caesar’s Messiah because I’m not finding the word shoulders that match exactly right up with Genesis 49 use of the word shoulders
Clearly these two donkeys one made to carry a cross and the other rides on are one and the same. When we get to history it’s Titus who takes a Simon/Peter to Rome to be killed falling upside head first, naked and gelded(castrated male donkey) in the same manner as a Satan. Yes titus was cruel when he took Peter’s two nuts from his saddlebags.
As we walk through the book of Judges 15:16:
Then Samson said,
“With a donkey’s jawbone
I have made donkeys of them.
With a donkey’s jawbone
I have killed a thousand men.”
Then in Luke 22:3-47 we connect the dots to Samson’s Donkey
“Then Satan entered Judas, called Iscariot, one of the Twelve…47 While he was still speaking a crowd came up, and the man who was called Judas, one of the Twelve, was leading them. He approached Jesus to kiss him, 48 but Jesus asked him, “Judas, are you betraying the Son of Man with a kiss?”. Judas Iscariot plays the role of samson’s donkey when his Jawbone, the frame of his mouth, is used to kiss Jesus so he could be killed. 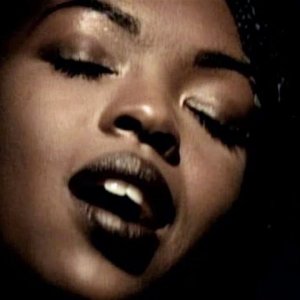