I was searching for "Black Forensic Scientists" and this Sister's name came up, Joyce Gilchrist, along with her story. She was fired after 21 years of service. I never heard of her, or this, but ... well ... i think it's worth taking note of (true or not). Based on the information below, she's denying any wrongdoing, and accusing her superiors of revenge and sexual harassment.

What do you think? Were you aware of this story?

Joyce Gilchrist is a former forensic chemist who had participated in over 3,000 criminal cases in 21 years while working for the Oklahoma City police department,[1][2] and who was accused of falsifying evidence.[1][3] Her evidence led in part to 23 people being sentenced to death, 11 of whom have been executed.[1] After her dismissal, Gilchrist alleged that she was fired in retaliation for reporting sexual misconduct.

Gilchrist earned the nickname "Black Magic" for her ability to match DNA evidence that other forensic examiners could not.[1] She was also known for being unusually adept at testifying and persuading juries, thus obtaining convictions.[1][5] In 1994, Gilchrist was promoted to supervisor from forensic chemist after just 9 years on the job,[1] but her colleagues began to raise concerns about her work.

Gilchrist was dismissed due to "flawed casework analysis" and "laboratory mismanagement".[7] Concerns about Gilchrist's actions were first raised when a landscaper, Jeffrey Todd Pierce, who had been convicted of rape in 1986 largely based on Gilchrist's evidence despite a clean record and good alibi, was exonerated based on additional DNA evidence. Pierce was released after 15 years in prison. After his release he filed a lawsuit against Oklahoma City seeking 75 million dollars and charging that Gilchrist and Bob Macy, a now retired district attorney, conspired to produce false evidence against him.

The Pierce suit against Oklahoma City was settled for $4 million in 2007, with one city councilman noting that the city could have had to pay much more.[9] Other cases from individuals wrongly convicted on Gilchrist testimony continu to work their way through the courts.

One notable case is that of Michael Blair. Blair was sentenced to die for the murder of a young girl in 1993.[10] The evidence leading to his conviction included shafts of hair found near the girl's body and in Blair's car.[10] New DNA evidence showed that the hair matched neither the girl, nor Blair.[10] During the early 1990s, Oklahoma state law did not allow defense attorneys to use government funds to hire other forensic scientists to verify Gilchrist's claims. However, during appeals of Malcolm Rent Johnson's death penalty case, two forensic experts hired by the defense were critical of Gilchrist's testimony, particularly as it relied upon several "blue-colored hairs" that seemed too "ubiquitous" to be useful evidence.[11]

Another case is that of Curtis McCarty, who was released in 2007 after spending nearly 20 years on death row. The courts found that Gilchrist acted to either alter or intentionally lose evidence. In 2009 McCarty's lawsuit reached a settlement in which Gilchrist was responsible for a payment of over $16 million, an amount that she is attempting to force the city to pay.

Over 1,700 cases in which Gilchrist's evidence was significant to a conviction were reviewed by the state of Oklahoma.[4][8] Her attorney stated that, "The criticism of her around here is second only to that of Timothy McVeigh."[1] After her dismissal, Gilchrist filed a lawsuit seeking 20.1 million dollars, claiming that her firing was actually motivated by revenge, after she reported sexual misconduct by her supervisor.
If I must babysit adults ... they will feel abused by the babysitter ... I already know it ... I am psychic ... <3
A

Yes, this story is accurate. Joyce Gilchrist was a forensic chemist that worked for the Oklahoma Police Department and she falsey accused a man of rape. Her forensic findins did not match the true evidence presented. The other cases that she participated in are also under investigation. Here is a link from the NY Times about the story.

Law Forum : FORMER AND CURRENT MILITARY: DO SOLDIERS IN COMBAT GET QUALIFIED IMMUNITY? 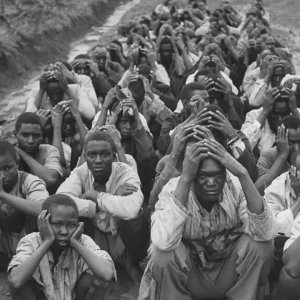