2015 I’m fascinated with John Brown and his song because it was the litmus test for Malcolm X to have an alliance with a white person and Martin L. King cited portions of the poem at least twice with one being the last sentence of his last speech.

1800 John Brown was Born along with Nat Turner. Denmark Vesey won his freedom in a lottery and Gabriel Prosser led a major uprising all in the year 1800. Apparently Brown became a freemason.

1859 John Brown inspired by Toussannt, Turner, Vesey and Prosser attempt to ferment an insurrection at Harper’s Ferry in Virginia. Brown wanted to free black people from slavery but he first had to kill a black slave by the name of Hayward Shepherd who was trying to tip his masters off. The united Daughters of the Confederacy erected a 900 pound granite monument to Shepherd, a traitor to his race. In contrast Dangerfield Newby, a comrade mulatto spy with Brown, got a note from his wife who was a slave that said: ‘if you do not get me somebody else will”.

1860-1865 John Brown’s Body was the most popular song in the Civil War based on Brown’s raid on Harper’s ferry in 1859. Harriet Tubman was supposed to help John Brown but she got sick.

1862 Julia Ward Howe heard a company of Black union soldiers sing John Brown’s Body. Overcome by emotion decided to write additional words based on the tune of their song and named it The Battle Hymn of the Republic. Julia was married to Samuel Gridley Howe one of the so-called “The Secret Six” who help fund John Brown’s raid.

1906 In homage to John Brown, The Niagara Movement of contesting Booker T Washington Compromise speech of 1895, lynching and discrimination first national meeting at Storer college in Harpers Ferry.( See W.E.B Writings Library of Historypp. 1250 & 1289). The group walked barefoot over the grass and rocks to the engine house in which John Brown made his last stand with relatives of blacks who died with Brown and Frederick Douglass son singing the Battle Hymn of the Republic. This reminds me of the 1968 Olympic protest were black athletes walked barefoot with black leather gloves making a fist of freedom or else. Dubois gave a little speech saying We do not believe in violence of a soldier or the mob but “We do believe in John Brown, in that incarnate spirit of justice…that willingness to sacrifice money, reputation, and life itself on the altar of right. And here on the scene of John Brown’s martyrdom, we reconsecrate ourselves, our honor, our property to the final emancipation of the race which John Brown died to make free”.

1909 NAACP is evolved, emerged and or joined from the Niagara Movement and formed by W.E.B Dubois and Jewish philanthropists. Dubois also publishes biography on John Brown in the same year.

1934 resigns from NAACP over economic issues. Dubois thinks blacks should voluntary separate as most effective means of organizing and advancing black people. The Kerner Commission on riots makes a note of it in 1968 “believing in the value of collective racial economic endeavor, he saw little point in protesting disfranchisement and segregation without pursuing economic goals. Younger critics also disagreed with NAACP’s gradualism on economic issues” (Report of the National Advisory Commission on Civil Disorders p.222)

1935 W.E.B. Dubois wrote the classic Black Reconstruction in America 1860-1880. Dubois cites portions of John Brown’s Body poem that doesn’t appear in the modern songs. Apparently its been edited out. Coincidentally, this stanza from the poem is exactly what MLK cites in at least two of his speeches. Dubois wrote:

“As the Abolition-democracy gained in prestige and in power, they appeared as prophets, and let by Statesmen, they began to guide the nation out of the morass into which it had fallen…while marching millions sang the noblest war-song of the ages to the tune of “John Brown’s Body”:

“Mine eyes have seen the glory of the coming of the Lord,

He is trampling out the vintage where the grapes of wrath are stored,

He hath loosed the fateful lightning of his terrible swift sword,

His truth is marching on!”

1961 Goes into exile in Africa in Ghana. I wonder if Dubois regretted his campaign of “The Garvey must Go” that helped create the atmosphere where the FBI could imprison and deport Garvey. Dubois criticized Garvey for his separatism and back to Africa movement he would later embrace.

1965 Martin L King gives a speech at the state capital on March 21 called Our God is Marching On! , citing portions of John brown’s Body poem at the end.

1968 King again cites one line from John Brown’s Body poem at his last sentence of his last sermon on April 3rd, 1968. The speech is called I see the promised Land and sometimes called I’ve been to the mountain top.

The Negro in literature and Art excerpts from W.E.B. Dubois

“Negro music divides itself into many parts: The older African wails and chants, the distinctively Afro-American folk song set to religious words and Calvinistic symbolism, and the newer music which the slaves adapted from surrounding themes. To this may be added the American music built on Negro themes such as “Suwanee River”, “John Brown’s Body”…etc” (W.E.B. Writings Library of America p.862).


The beginning of the War:

“In the spring of 1861 the Boston Light Infantry was sent to Fort Warren in Boston harbor to drill. A quartette was formed among the soldiers to sing patriotic songs and for then was contrived the verses,

His soul goes marching on,: etc.

This was set to the music of an old camp-meeting tune-possibly of negro origin-called, Say, Brother, Will you Meet Us?’The regiment learned it and first sang it publicly when it came up from Fort Warren and marched past the scene where Crispus Attucks fell” (John Brown By W.E.B Dubois Edited by John David Smith p.190)

He captured Harper's Ferry with his nineteen men so true
He frightened old Virginia till she trembled through and through
They hung him for a traitor, they themselves the traitor crew
But his soul goes marching on

Battle Hymn of the Republic Words (1862)

Mine eyes have seen the glory of the coming of the Lord:
He is trampling out the vintage where the grapes of wrath are stored;
He hath loosed the fateful lightning of His terrible swift sword:
His truth is marching on.

I have seen Him in the watch-fires of a hundred circling camps,
They have builded Him an altar in the evening dews and damps;
I can read His righteous sentence by the dim and flaring lamps:
His day is marching on.

I have read a fiery gospel writ in burnished rows of steel:
"As ye deal with my contemners, so with you my grace shall deal;
Let the Hero, born of woman, crush the serpent with his heel,
Since God is marching on."

He has sounded forth the trumpet that shall never call retreat;
He is sifting out the hearts of men before His judgment-seat:
Oh, be swift, my soul, to answer Him! be jubilant, my feet!
Our God is marching on.

In the beauty of the lilies Christ was born across the sea,

Julia Ward Howe was married to Samuel Gridley Howe (1801-1876) one of the men in the so-called “The Secret Six” who helped fund John Brown’s raid.

The Ending of the War:

“The war that was necessary to end slavery and that Brown had prophesied soon came, and though he did not live to see it, his name was heard over and over through the course of the Civil War. The 33rd Massachusetts, a company of White troops, was one of the provost guard regiments that was the last to leave Atlanta when Sherman made retreat impossible by burning his bridges and setting off the momentous march to the sea. As the whole city of Atlanta went up in flames and smoke in a grand spectacle of fiery destruction, the 33rd’s band struck up the Federal army’s most popular song, John Brown’s Body. (Everybody say freedom: Everything you need to know about African-American history By Richard Newman p.99).

2015 On October 16 we need to bread with all white people agreeing with the philosophy and opinions of what John Brown did in 1859 and all subsequent years to come until a meaningful 2nd Emancipation Proclamation is issued and let black people go.

John Brown apparently ran his own Underground railroad. Dubois wrote: “On the 12th of March, 1859, nearly three months after the starting, John Brown landed his fugitives safely in Canada ‘under the lions paw”. The old man lifted his hands and said: “lord, permit thy servant to die in peace; for mine eyes have seen thy salvation! I could not brook the thought that any ill befall you,-least of all, that you should be taken back to slavery. The arm of Jehovah protected us” (John Brown p.96). This sounds similar to the poem Dubois cited above.
Last edited: Aug 13, 2015 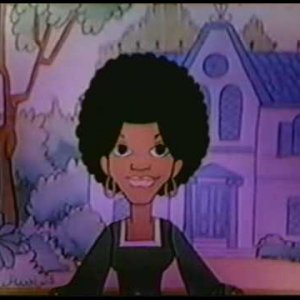