" We can't keep blaming someone else for the misfortunes we have brought upon ourselves."

The above was posted by penda on their first post.
El Navegador

Keep Sharing The Divine Truth And Maybe, Just Maybe Somebody Black Will Hear You.

There is no one to be more verifiable as being an enemy to freedom for Afrika and Black people, than those claiming to be Black folks Leaders, and at the same time have Black people believing in fairy tales concerning the Black life, and is misleading by telling Black people what we need to do in order to change the course the Black life been set upon, a course that re-enforce the oppression and ignorance of Black people, concerning our Black selves, the universe, and the Divine Essence, which is referred to in religious term, GOD and Jesus, the biggest lie in order to deceive Black people that has ever been successful without Black people making up such a lie.

Now, it may not seem to be important to Black people who now is without a Mind that Divinely Reason, and such a mind is without ceasing from being bombarded to believe that Jesus is Real and is the only White Man that can and will save Black people.

Beloved, it is Jesus that has been lifted up to be beyond reproach, a fantasy that has been defended in all type of ways, even in the way of having certain Black Ministers making claim to Black people as being the Black Jesus that the religious God Man has ordained them to be the transformed replica of the Jesus syndrome.

Beloved, it is Jesus the the Fantasy Man that has caused the down fall of the Black Afrikan Mind, and most Black people live with a religious mind that is created by the Devil, Satan, Lucifer the Human Being, a profane mind that have Black people defending the very fantasy man, Jesus, that which represent the activity that has caused Black people, from the time of the coming of the lie about Jesus until now, to be living a life of make believe, which enabled the lives of Black people to be living a life of oppression, repression, and depression, all in the name of Jesus.

Black Woman and Man, there is no white man religion that is related to you, and religion is the creation by Jewish, white, and Arab -Asian people, all having a hand at one Time or another, of lying and deceiving Black people into a life living condition of oppressed ignorance, with a believing fallible Mind.

Never has there been a people more obviously mentally crucified, than those people referring to themselves as being Black and Afrikan, even making claim to be proud, as Jesus hang from the Black so call Afrikan Mind, Jesus serving as a symbol of Black people enslavement and colonization, as well as Black folks inability to Think with purpose to Divinely Reason about our Black selves, and about the Universe, and the Divine Essence of it all, which does not include Jesus.

Beloved, Jesus is what keep Black Folks deprived of our Divinity, because in order to reclaim our Divinity we must be operating in our Ancient Divine First Way Ancestors Divine Mind, and to do so, require for Black people to erase Jesus from that Black Mental process that goes on in the Mind of Black so call Afrikan people.

Jesus is the fantasy symbol used to destroy an entire Black Afrikan Nation, Jesus the religious illusion that have Black people so delusional about such a character, created by those who know the powerful potential Black people are, that is if only Jesus was not acting as a preventive source in having Black people praising to suffer, in the name of a fantasy by the name of Jesus.

There will be no Divine Deliverance, no Divine Salvation to come to the Black world, not as long as Black people allow Jesus to be the ruler of the Black Mind method of believing, and not reasonably knowing what is Divinely True and Real, as oppose to what is profanely lying and deceiving, the latter is the environment in which Jesus was born, done so to specifically conquer an entire Black people who now travel on the board walk of self ignorance, swimming in the cess- pool of religious belief, a mind activity of fantasy, used to Dumb Down an entire Black Nation.

Now here you Black folks are, having no Time to spare, as you constantly engage in your continue indoctrination that maintain the Black life enslaved oppression, which keep Black people from being qualified to See the Divine Truth, and from knowing what is Divine Real, which is not Jesus.

Yet, Jesus is now a part of Black people psychic, such a cause of such an illness, is coming from the Black Traitors of the Black Race, those who without a pause, continue to peddle the illusion of Jesus to a made to be delusional Black so call Afrikan People.

Beloved, I am not sent to win your friendship, nor to become buddy-buddy with you, by presenting to you your oppressors lies about Jesus being your savior, while in fact such a belief in him serve to be your destroyer.

I am come to share with you that which is Divinely True, and Truth is actual experience that is verified by the actual empirical facts that are reasonable , rational, and logically verifiable without doubt, which eliminate religious belief, that pedestal of confusion upon which Jesus stand and the profane mind Black people use to believe the lies told about such a fantasy, Jesus..

What ever title you use for yourself does not impress me.. You are free to believe what you want. All your mouthing is a lot of long talk. What are you doing to help black folks all around the world. The easiest thing in all the world is talk. This is very cheap. You are entitlted to your beliefs and so are those who believe in Jesus. What makes your philosphy something someone SHOULD hold on to. ARE YOU THE SAVIOUR OF BLACK FOLKS. Please let me know what you are doing to help our people....other than mouthing a bundle of dry tasteless rhetoric.. You come here with your ideas and want people to accept them. I will continue to believe in this Jesus, too bad if this bothers you....if belief in Jesus is tantamount to be a traitor to the black race well call me one. I have no apologies to make ...I BELIEVE IN JESUS AND .The same Jesus whom you are ridiculing says LOVE ONE ANOTHER. Are you loving black folks, if all you do is talk. You seem to have illusions of grandeur. Pontificating on things that you think you have the answers to. You can ridicule the personage of Jesus for all I care, one sure thing the truth still stands. Whether you believe in Jesus is irrevelant. HE IS STILL THE SAVIOUR OF ALL MANKIND. What are you offering is nothing but old wine skins...not a bit of wine.

Worthy Is The Lamb - Brooklyn Tabernacle Choir
I have no other comments to make on this issue...you are free to say what you like along with those who may agree with you.
E

Penda said:
I am a black woman and I totally disagree. Jesus is the son of the God who has been delivering persecuted people since the beginning of time. Although many Europeans lied and deceived, black people started idol worshipping long before Plymouth Rock landed on us. I don't want to debate but I can't just sit here and read such a one sided perspected presented like it came from holy text. God is God no matter what his name is and either you believe or you don't. I'm looking for believers. Not fakers, not singers, not chanters, nor preachers . . . BELIEVERS. So if you believe the message above, keep an open mind and if you believe, let it be known. Black people believing in Jesus is not a crime! Infact, it's a first step to "freedom." We can't keep blaming someone else for the misfortunes we have brought upon ourselves.
Click to expand...


What freedom? Can you please tell me if racism, white supremacy, the sick ideology that gave birth to this sick white dis-ease called jesus christ a misffortune we brought upon ourselves?

Chief Elder Osiris : What Do Black People Hope To gain By Believing In The Bible and In Jesus?

Chief Elder Osiris : Why Do Black People Have A Mental fetish For Jesus?

Chief Elder Osiris : IS THE BELIEF IN JESUS, A CURSE BROUGHT UPON BLACK PEOPLE ?

Chief Elder Osiris : THE TRUTH COME OUT FROM BEHIND THE JESUS ROBE, ABOUT GOD AND BLACK PEOPLE 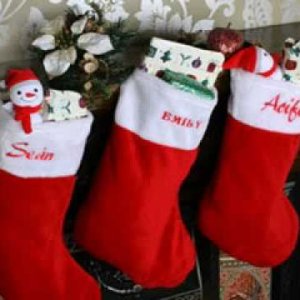