Jesus is quoted many times in the Bible saying that a believer can ask for anything through prayer and receive it. He even goes so far as to say that mountains and trees can be thrown into the sea simply by praying for it. This is clearly a lie, and can be proven to be a lie by any believer. Simply pray for me to be converted to Christianity right away. Or better yet ask God to move the mountains behind my house. He could make a lot of converts that way. If I’m converted today, I’ll post a public apology on my web site and devote my life to kissing God’s ***. If I’m not converted it would only be fair for you to apologize and devote your life to kissing my butt.

Here are the quotes from Jesus that proves that he lied:

1) And Jesus answered and said to them, "Truly I say to you, if you have faith and do not doubt, you will not only do what was done to the fig tree, but even if you say to this mountain, `Be taken up and cast into the sea,' it will happen. "And all things you ask in prayer, believing, you will receive." (Matthew 21:21-22 NAS)

3) Again I say to you, that if two of you agree on earth about anything that they may ask, it shall be done for them by My Father who is in heaven. For where two or three have gathered together in My name, I am there in their midst. (Matthew 18:19-20 NAS)

4) Amen, I say to you, whoever says to this mountain, 'Be lifted up and thrown into the sea,' and does not doubt in his heart but believes that what he says will happen, it shall be done for him. Therefore I tell you, all that you ask for in prayer, believe that you will receive it and it shall be yours. (Mark 11:24-25 NAB)

7) If you remain in me and my words remain in you, ask for whatever you want and it will be done for you. (John 15:7 NAB)

8) It was not you who chose me, but I who chose you and appointed you to go and bear fruit that will remain, so that whatever you ask the Father in my name he may give you. (John 15:16 NAB)

9) On that day you will not question me about anything. Amen, amen, I say to you, whatever you ask the Father in my name he will give you. Until now you have not asked anything in my name; ask and you will receive, so that your joy may be complete. (John 16:23-24 NAB)

A lot of Christians ignore what Jesus actually says in the Bible. They also tend to add things to the actual words to make them say something else. If you honestly and truthfully read these quotes, without adding to them, it is very easy to see that Jesus is not saying that God will think about your prayers. He says God will grant all your prayers. Clearly, God doesn’t grant all prayers and this proves that Jesus was a habitual liar.

There's an understanding to be had; that the one who prays is known to the Father and the Son, and that they know what things shouldn't at all be asked for, or what should be waited for after asking, or what shouldn't be asked by you, and such. It isn't that type of free for all some chalk it up to be, because as a servant to the Most High, you should know what's appropriate to ask of your KING. We're to view the Most High as our Father, KING, Protector, Creator, as He is, and not a genie that'll grant wishes that instantly show in front of us.

If I know someone is very much against the Father and His Son, with the person having heard the Word, knowing of His sacrifice for our sins, His resurrection from the dead, the salvation He's brought and given, the freedom and redemption He has shared to us all, hearing His commandments and law, why would I think I could simply pray that they be Christian now? I understand the Father and the Son's love and mercy for us all didn't show them what His Kingdom is worth, so why would my, a lowly being's, asking instantly do that? Thus, I can only pray for your well being in the life you have chosen and understand not all will come to His calling. You can't pray against what the Father and the Son have already propheised or have promised, thus I couldn't pray that all earthquakes cease, or that this world be flooded out of all sinners against the Word, because earthquakes were prophesied and the Father said He's not flood the world as He did before, and gave us a sign of His covenant.

Prayer can achieve anything, because to the Father our prayer goes and is heard and He can do anything, but it doesn't mean anything will be done just because. This is where faith and believing will show us toward His wisdom.

What is prayer to you?
When you believe in a mystery God then you think spooky things.

I do not believe Jesus was speaking in a the spooky context you accredit to him.
faith

[feyth] Show IPA
noun
1.
confidence or trust in a person or thing: faith in another's ability.
2.
belief that is not based on proof: He had faith that the hypothesis would be substantiated by fact.
3.
belief in God or in the doctrines or teachings of religion: the firm faith of the Pilgrims.
4.
belief in anything, as a code of ethics, standards of merit, etc.: to be of the same faith with someone concerning honesty.
5.
a system of religious belief: the Christian faith; the Jewish faith.
I don't think he was speaking literally but he was speaking allegorically.
But if we believe in something so much it can become a reality.
Prayer is a form of meditation and meditation helps to focus your mind and energy. The mind is the Most powerful tool God created for it is limitless but we put limits on it. 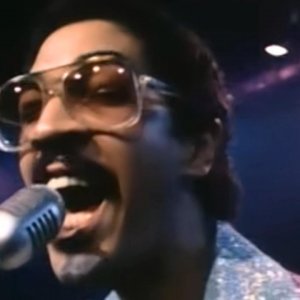