Black Spirituality Religion : Jesus Christ is NOT Coming Back

because the biblical content of his existence was never the truth

"...A SPOKESPERSON for the Vatican (Roman Catholic) has officially announced today that the second coming of Jesus, the only son of the God, may not happen now after all, but urged followers to still continue with their faith, regardless of the news..."


This announcement by the so-Called leading example of spirituality to the world are singing a new song as the truth bleeds from their veins. They know. They always knew...

Now to juxtapose this issue back to center field ---here was a historical Y'usha Ben Pandira ---yet he was never like "created" character in the bible.

1. Gerald Massey: "The Historical Jesus and the Mythical Christ"

(a) "Freedom Fighter, Healer, Revolutionary" -- Introduced by Fine1952
(b) "Trick Of Integration" by Gerald Smith ---Introduced by Sister
WombanAuset/Assata Shakur

The "Trick" of Integration

One of the greatest gifts of becoming "African-centered" is the clarity that it brings to the mind. Once clarity has been established, the brain is able to see the "connected-ness" of all of the

seemingly disparate things that hitherto did not make much sense.

I read a story in the New York Times a couple of weeks ago. Here are the first three paragraphs of that story:

Mark Whitaker, who began his career at Newsweek as a college intern in 1977 and went on to expand the magazine's technology and business coverage and then oversee the pyrotechnics of the Monica Lewinsky story as managing editor this year, was named editor of the magazine yesterday.
Last edited by a moderator: Apr 5, 2015

Fine1952 ... Sister i edited your opening post ... removing much of someone else's property.

I also edited the title ... spelled out the name ... Jesus Christ ... instead of leaving JC.

This link is actually a fake story, sis: http://mzansidaily.co.za/jesus-is-not-coming-back/ . I searched on the net and found this: http://www.examiner.com/article/fake-vatican-report-creates-real-outrage-over-end-times-prophecy .

Peace & Blessings to you.

Destee said:
Fine1952 ... Sister i edited your opening post ... removing much of someone else's property.

I also edited the title ... spelled out the name ... Jesus Christ ... instead of leaving JC.

The original celebration was called the Eucharist. It was changed to easter when "the man" got involved

Black Spirituality Religion : Is Jesus Christ-The Creation Of A Myth

Black Spirituality Religion : The Mystical Journey From Jesus to Christ 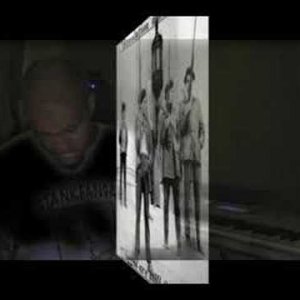