Chinelo said:
So destee, and brothers like jamesfromphilly are mixed to you? LOL.....See this is the type of disguised white supremacist type rhetoric i get from from devils on other sites who are trolling and spreading this type of interracial propaganda, by trying to claim we are all mixed.
Click to expand...

If you read,you will see this is not what I said. I said that you are passing judgement on those that had no choice in being mixed. Don't be so overly obtuse On second thought I will not leave this up to you. Many of out ancestors were raped by the white man, and bore his child. Generations later, that black man,or woman is being condemn,by you, for something they could not control.

Take a look at sister destee and jamesfromphilly, and tell me if they resemble donald trump or some other caucasoid in any way in this infestation of a "country"......

Do Obama look like trump? But you hold it against him that his mother was white. Don't try and change the subject.

If you believe in the original man as being black, then whites are just a derivative of us. Don't go down this road unless you're armed?...I take no prisoners

Now you go look at obama and the rest of the mixed breeds runnin around and tell me if they have "white" tendencies and a look to them, and the answer is clear as day.
Click to expand...

Did you know that Malcolm was Mixed? No, lets not go down this road. What you're saying is that light skinned blacks have white tendencies Evil), and dark skinned blacks don't(Angelic)

Jesse Jackson is dark skinned, so is Al Sharpton. No,lets not do this either,they are not black enough. Since you want us to go back to Africa,lets look there. 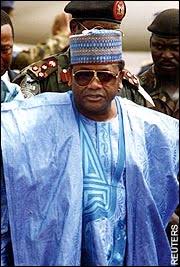 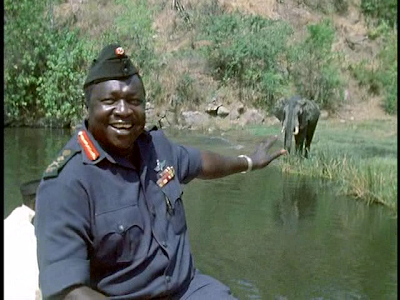 General Amin once ruled Uganda.
When Amin had been a non-commissioned officer in the British Army he had helped to manage Britain's concentration camps in Kenya.
"Amin was picked by the British to replace the elected Ugandan government in a 1971 coup."
"Amin brutalized his people with British and US military aid and with Israeli and CIA training of his troops."
He murdered friends, clergy, soldiers, and ordinary Ugandans.
Click to expand...

Not a Black man of this shade

LIBERIA
Pro-American Samuel Doe came to power in a bloody 1980 coup.
He received 'US aid and corporate kickbacks'.
Under his regime, the gross domestic product decreased by 13%.
Those who protested were jailed or killed.

Are you getting the point now? Your shade of black don't make you good or bad.

You're not African, You just elect to see yourself as African because maybe this is the place your ancestors originated from. You do know not all slaves came from Africa,don't you? Also,If you are,why the slave name?

Today,I had a design meeting in Seattle. When it was over,I went to the area that has a high concentration of Africans. I struck up a conversation with 10 of them. 4 of them somewhat know me. 3 had African first and last names,all assimilated America in one way or another. I even had one tell me he was joining the military. 2 had mixed blood,but you couldn't tell, 6 of them had relatives that went outside of their race. And all came here,to America, for a better life.

Tell me Chinelo...why is this, if Africa is this utopia we have to get to?

I knew that already...thanks for putting me on front skreet

Without any sugar on it or fire to the flame
let the man /brother live. Thank you!
Poetic flow, Poetry of a poet! Be a Premium member today and enjoy all the fruits .

$$RICH$$ said:
Without any sugar on it or fire to the flame
let the man /brother live. Thank you!
Click to expand... 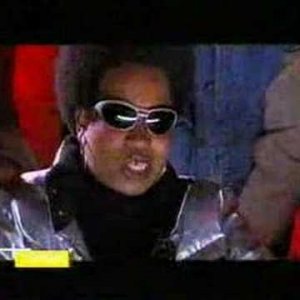