Don't get me wrong Chinelo...You are a black man first, and what ever you believe in second. Despite our disagreement, I still view you as my brutha, and would still extend my hand to keep you from drowning before I would the white man.

Much luv and respect Brutha!!!!

Chinelo said:
Any eurocentricized "black" woman or "black" man in the physical or mental and supports or practices in the genocidal creations of these devils as in mixing,abortion,or homosexual/lesbian undertakings,alcohol,drugs,and ect is an enemy to our people.
Click to expand...

I'm sure you've taken a drank here and there,maybe even lit a blunt or two. So don't stand in a glasshouse and throw stones. Also,doing these things does not make you an enemy of the black race. IMO,the brutha that is out there killing his own kind I see more of and enemy than the examples you presented.

You are and enemy also. You used "etc". That means I can put what ever I want in your comment to include what can seen as being an enemy. So, I say a black that speak against his own, as you are doing, is an enemy to his own kind.


It just so happens that these devils have undertaken a concerted attack against the alkebulan wombman much more, the womb of our race, and there is resultant tragic results walking around in 2011, which means these are not "sisters" or "brothers", until they remove these devils mentality and actions from out of them.
Click to expand...

So you're not from Africa,you just claim you are, I can understand that. Many of us in America look at themselves as being African. Which IMO makes you worst. A black man,here in America, debasing, and degrading, other blacks for being in the same place. (I remember what you said in a post)

We all on some level are "Americanized" I bet if you was having an heart attack you know what 9-11 is. And you would want a white devil to do what ever it takes to save your life. You may even smile as you're thanking him for doing it. You would take his med,instead of some neighborhood shaman,and you would read his documentation that is written in English,and not the language of alkebulan.

jamesfrmphilly said:
there is no one here who has done more introspection than myself.........
Click to expand...

If I make ask, what have you concluded?

Enki said:
If I make ask, what have you concluded?
Click to expand... 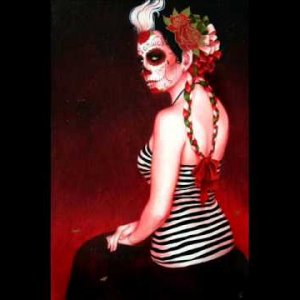