It finally came to me last night. James Brown’s love child. We all knew about Al Sharpton, but his second love child has been kept quiet until now. It has been working my nerves for almost a month and now I can finally let it go. I am embarrassed that it took me so long to figure it out. All the clues were right there in front of my face and I couldn’t see them.

I’ve been following James Brown from the beginning through his first, second and third comebacks and still, I didn’t know. I don’t how many parties I’ve been to that the Godfather of Soul was blasting on the box and had every booty shaking on the floor having a “Funky Good Time.”

It was right there in his voice and the words, but the mind can play tricks onyou and make you forget. I should have known, the scratchy voice, the funky riff and lyrics only Jame’s mother could understand, but it escaped until last night.

My friend Jack Daniel’s and I were bumping it against the wall, listening to the box, chilling out when it hit me like the “big Pay Back”—Mystikal! Mystikal is James Brown’s love child.

It was so obvious that now I wonder how I couldn’t see it. When I listen to Mystikal, except for the title hooks, I can’t understand a **** thing he’s saying without an interpreter, which is usually one of my sons and even they aren’t in agreement. Still, the beat and funky riff give it away. No doubt about it, Mystikal is James Brown’s love child.

hummmmm!! James Brown & Mystikal da second comings
of Danger !!!! left me in total aweeee!! of super Bad that
made me say i got da feelin's and asked ( Tell me where u from))
yeap Ra.............ya on point my brutha
Poetic flow, Poetry of a poet! Be a Premium member today and enjoy all the fruits .
A

Got to Be Real!

Got to be James' love child--ain't too many people who sound like that without being related--I know it hisbaby--James must be a proud poppa--I could just hear the two of them having a father and son talk--nobody could understand a **** thing!

Shake it Fst? I don't think so, but that and the next line are the only parts I understand--I can't make out anything except the dirty words--Ra 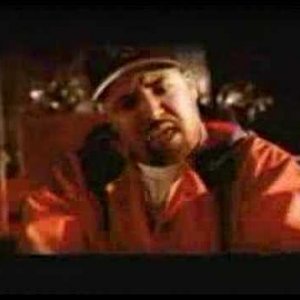