Knowledge Seed said:
Go to an average Black niehgborhood its called the Ghetto. Stay there for awhile and then tell me what is going on there isn't savagery.
Click to expand...

and what do you call the behavior in the white ghetto?

jamesfrmphilly said:
and what do you call the behavior in the white ghetto?
Click to expand...

Savagery, but this isn't about the white ghetto. This about whether African Americans deserve reparations from Italy more so then Libyans. Please get back to the topic of this thread.
H

I dont think we blacks Africans and the African descent should accept this money. We Africans have been the subjet of Europeens lies by accusing us of selling our brothers and sisters to slavery. While, it is not the case in Africans part of the history told by Africans themselves.But this is another debate. Now, the Africans accepting this so-called reparation money will be like accepting blood money. In the other hand, in the next 20 years,the same white people will write a book saying that ;We do not forced the black people to slavery, rather we bought them, and here is the receipt. Same as African Americans accepting this so-called reparation money, in the next 20 to 50 years, the white-man will write a book saying that;We never enslaved this people, we paid them and here is the receipt ! That will be the time we black people will complain about distortion of our history. No. This is not the way we want our story to end.They can keep their money. What they are doing in Libya now , is all about oil and gas. Libya has a large reserve of oil and gas, The British are trying everything to get their hands on these oil and gas.Former British prime minister Tony Blair went to Libya and meet with Kahdafi in the desert about two years ago to negociate these oil and gas contract for BP only to find out that Kahdafi already gave it to Russia. Italy is a strongest ally of Russia in Europe. They are doing their cinema , pretending to compensate people. They can`t even accept us in the international market for us to fixe the price of our gold ,diamont ,copper ect... We call their cinema; political strategy. Did they not told us that Kahdafi was the biggest terroriste in the univers ?

its about you calling black people savage...


Knowledge Seed said:
Savagery, but this isn't about the white ghetto. This about whether African Americans deserve reparations from Italy more so then Libyans.
Please get back to the topic of this thread.
Click to expand...

jamesfrmphilly said:
sounds like the typical house negro reaction to the field negro to me
Click to expand... 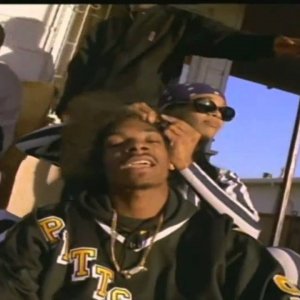