Black People : It Ain't Gonna Happen To You Until You Make It Happen For You Black Afrikan People!!!

It Ain't Gonna Happen To You Until You Make It Happen For You Black Afrikan People!!!

There is no white Khnight, no Jesus coming to save Black Afrikan people from the steady stream of self disrespect we show to the Black self, as Black Afrikans has developed a tolerance to being in an oppressive state of living condition, no miricle is gonna happen that is going to save Black Afrikans from the inaction we show against the present living condition we today choose to live in, no force of entrance in the mind to change the mental code that secure believe to be the main activity of the mind now guiding Black Afrikan people which prevent appropriate action to come from Black Afrikans that will appropriate to Black Afrikan people a desire to Think to act in defense against the injustice common to Black Afrikan people living experience, showing no will to Think so to become Free from the way Black Folks are behaving toward the Black self which shows no respect for self, based on the way we refuse to act justly in defense of our Black Self living in an oppressive condition with no desire to change such a mental action that did not come with the nature of our Black design.

Mankind is born to be disobedient to the Divine Truth and Reality about Living with a Divine awareness about The Divine Essence, the Universe, both physical and nonphysical appearance, It's That Kind of a Being that is different from the Womb and Staff Gender who live not making claim to a future that never is but is with Divine Knowledge of a presence that is forever in the flow of the Time Cycle of Change, verifying there is only the coming of present and the going of not being present, no such a time change as future such a belief is the same as future without verification of a tomorrow being separate from today presence.

It's the disobedience of a Kind of Mental Being that is born to be trained to be disobedient and who ignore the simply occurrence about life cause for living, womb, and staff of a wom'man-kind is the mentality Lucifer copied to be the Human-kind, Lucifer have you living to be the distortion of Divine Being-Kind, the Being with Divine Knowledge about the difference in the sacredness of being aware of the dignity of presence and the indignified of believing about a Future Tomorrow, the making of belief in what is not, such has been invented by Lucifer the Human Being for unthoughtful Man-Kind to believe with a mind active to deceive.

To believe as Human Beings do, have you to beliving away from the Divine Energy Current of your Divine awareness which is immune to the conviction of believing, so, if you do not make what is needed of you to have happened to you, then it ain't gonna happen, yet it should happen to you Black Afrikan people, but you who now refer to your self as Human Beings and Human-Kind, you it is that is abandoning the Divine Truth and Reality of the Divine Gender Nature of your Black Universal Being-Kind, a kind of Being Divine with a Thinking ability to know that Divine Beings are not born to be disobient to the Divine Essence Presence which is Infinite Dark Energy Intelligence that is Eternally Everlasting Present with no tomorrow Future, it's that mind of belief that have Black Afrikans to be dependent on what is not as to what is, which is eternal presence of the Divine Essence, God Of Us Alll, without an agenda instructing you how you must live to gain what already is, Life Everlasting Eternal Infinite in Existence, Electromagnetic Dark Energy Presence, the Divine Essence of All things that move and appear not to be moving, but is, it's what has the Divine Essence to be God of Everything that is and appear not to be, but is, beloved!!!

So, if you, Black Afrikan Womb and Staff Gender, do not make what needs to happen in your favor that must be of the Greater Good to Living, Ain't Nobody Else Is!!!

So, Whatcha Gonna Do, Black Divine Beings, are you gonna return to being your Divine Black Collective Self or are you set on remaining to be Disobedient to the Divine Truth about the fundamentals about Living Obediently Divine, It's the Mind Divine That Has You Knowing What God Is and of the power of Present over Future, one is Divine Reality and the other is Profane Fantasy and you believe in Fantasy but you know by thinking to innerstand the Nature of Divine Truth and Reality about Living Life by the motion of your Divine Black Collective Self, which is profane without Freedom and it is our Enslaved Ancestors Reparation/Repatriation that Represents To Verify Freedom to be for the Black Afrikan people and for Afrika as well, beloved.

We Need Freedom, Not Lucifer Religion Based With A Promise Without Foundation Of Fact And You Wonder Why The World Has No Respect For Mother Afrika And The Black Afrikans Residing In And Out Of Afrika???

So Yes, Hell Yes!!! It Ain't Gonna Happen To You Until You Make It Happen For You Black Afrikan People!!!

Apr 22, 2020
Chief Elder Osiris Akkeba
C
C
Black People : Ain't Nobody That Is Against Reparation/Repatriation Doing Or Giving Anything To Black Afrikans That Is Worthwhile To Your Liberation!!!

Dec 8, 2019
Chief Elder Osiris Akkeba
C
C
Black People : If You Are Black Afrikan And It Is Not For The Greater Good For You, Then It Ain't No Concern Of Yours!!! 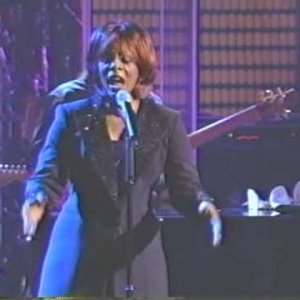