Black People : It’s Not the Law, But Prosecutors, That Give Immunity to Killer Cops

by BAR Glen Ford
Attorney General Eric Holder, like his local counterparts, claims that “the law” renders
himhelpless to prosecute killer cops. That’s bogus, says the ACLU, which maintains there is
no insurmountable bar to charges of police “reckless disregard” and “open defiance” of
victims’ constitutional rights. But, don’t expect Holder to budge. “Police impunity is the
domestic counterpart of the legal immunity that U.S. military personnel enjoy overseas.”

“In refusing to prosecute, Obama and Holder demonstrate their own profound
disregard for the collective rights of Black Americans as a people.”

Black Americans know all about “law and order”: the term, itself, is code for the state-
wielded hammer that is relentlessly deployed against us. No people on earth are more
conditioned to concentrated bludgeoning under “color of law” than African Americans,
who account for one out of out eight of the world’s prison inmates. Black males are 21
times more likely than their white peers to be killed by U.S. lawmen, and make up a clear
majority of young police shooting victims under the most draconian law and order
regime on the planet. Of all the world’s peoples, none have been so unremittingly
inculcated with the lessons of crime and punishment – especially punishment, whether
merited or not.

For a people so acculturated, justice demands retribution – even for Pharaoh and his
army.Thus, the simple and near-universal Black American demand that President Obama
and Attorney General Eric Holder prosecute killer cops.

But, this they will not do.

Eye know for a fact that the prosecutors office and the police force work together hand in hand, foot in mouth...

Aw shucks, A Boule choir boy rattling his horn, Glen quacks me the hell up and his phony anti-Obama campaign.

Listen White Supremacy demands that Black power not exist. Young Black males represent Black power advancing and to kill them before they grow is not the isolated acts of racist White Cops but a governmental agenda. No different when Argentina, once a nation full of former slaves from Africa, they were in the millions the Afro-Argentina's but now you can hardly find one. The U.S has decided like Argentina to kill off Blacks, mass incarcerate them, mass criminalize them, execute them on the streets via police, assassinate any independent Black organizational leaders, target Black Nationalists, and keep the rest of the masses blind and the 1% enslaved to material death.

If you support Glen you will still be under White Supremacy.

The choice is yours, support independent Black kingdoms and nations or continue to support White Supremacy. 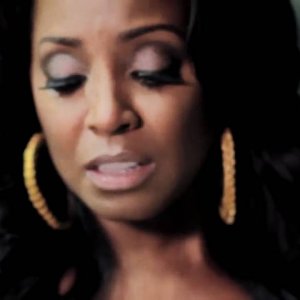