Black People : Israelites in Indian History - Let me introduce myself

Apollyon said:
Hi, brothers and sisters, I'm a Black racialist, nationalist, separatist and particularly TRUTHSEEKER. You need to know that there's nothing wrong with racialism. It's natural. Even a recent born baby can recognise his/her own race and someone else's race. People tend to act tribal. The word "racialism" is a euphemism for "racism". The word "racism" is so demonised and vilified today by the International Politically Correct System, established by the Illuminati Jews, that you have to invent a euphemism for it. The word "racism" was first coined by the Jewish Communist Leon Trotsky (Lev Bronstein). The Jewish Communists invented that word to take away our racial pride and racial awareness. Sadly, the Jewish Communists succeeded in making the world believe that race doesn't matter. They (the Jewish Communists) claim that "racism" was invented by so-called "racist" 19th century European scientists. But that's of course not true. It was invented by us Blacks in ancient times. That's very logical because the Black race is the very first race on this planet, and thus the very first race to be racially aware. Bear in mind that the Black race was once the supreme Master Race that dominated the whole planet. The ancient Egyptians started racialism. Their "Mural Of Races" was the fundamental for racialism. The ancient Egyptians were the first to divide people in races. For example: The ancient Egyptians called themselves "Romé na Romé" which means "men above men". This means that the ancient Egyptians viewed themselves as superior to all the other races in the world, and they were right. The ancient Egyptians were indeed a world dominating Superior Race at that time. They called the Semitic nomads "Namu" and Whites "Tamhu". Note that the ancient Egyptians even looked down on other Blacks. They called Black foreigners disdainfully "Nahasu". However, bear in mind that Whites have only been slaves and serfs in ancient Egypt. Whites were regarded as less than human by the ancient Egyptians. The ancient Egyptians were probably aware of Whites their Neanderthal heritage. That was the very first racial hierarchy created by the ancient Egyptians. Later on, the brilliant Iraqi scientist Al Jahiz was actually the very first person in history to state that one race is superior to another. He was the most brilliant scientist of his time, and in the 9th century he wrote a book entitled " The Superiority In Glory Of The Black Race Over The White". He was revealing that the Black race was on the absolute top of the racial hierarchy, the White race at the bottom and the other races in between. You have to know that Al Jahiz was writing this book in the time when the Black Arabs were dominating the world and enslaving all the other races, especially the White race. The Black Arabs called themselves proudly "the Swarthy People" and considered their dark skin a sign of racial superiority, while calling their White slaves disdainfully "the Ruddy People". The Black Arabs disdainfully looked down on pale skin and considered it a sign of racial inferiority. Also the very word "race" derived from the Arab word "ras" meaning clan, tribe, stock, people, origin, birth, offspring, race, family, genes or head of someone or something. The Arab word "genat" may mean the same as "ras". The word "race" was introduced in Europe in the 16the century for the very first time.

Welcome my brother! and then what happened?

The Etruscans also gave the world the language Latin. 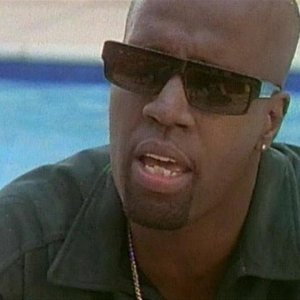