Black Spirituality Religion : Islam teaches belief in the Bible (How can a Muslim not believe in the Bible?)

"(40)O Children of Israel! call to mind the (special) favour which I bestowed upon you...(41)And believe in what I reveal, confirming the revelation which is with you..." Holy Qur'an 2:40-41 Yusuf Ali translation

These Scriptures tell us very plainly my beloved Brothers and Sisters that those who believe in Prophet Muhammad and Islam believe in the Bible.

The bible says all should believe in him, and accept him as lord, but you don't do it. You see, it's the same question, but only put to you.

Enki said:
The bible says all should believe in him, and accept him as lord, but you don't do it. You see, it's the same question, but only put to you.

Well though I'm NOT a Muslim, I go by the Holy Qur'an which says:

"Surely those who believe, and those who are Jews, and the Christians, and the Sabians, whoever believes in Allah and the Last Day and does good, they have their reward with their Lord, and there is no fear for them, nor shall they grieve." Holy Qur'an 2:62, Maulana Muhammad Ali translation

(657)Narrated Abu Huraira: Allah's Apostle said, "By Him in Whose Hands my soul is, surely (Jesus,) the son of Mary will soon descend amongst you and will judge mankind justly (as a Just Ruler); he will break the Cross and kill the pigs and there will be no Jizya (i.e. taxation taken from non Muslims). Money will be in abundance so that nobody will accept it, and a single prostration to Allah (in prayer) will be better than the whole world and whatever is in it."...)

AND WHERE IN THE BIBLE DOES IT SAY THAT JESUS MUST BE TAKEN AS "LORD?" (not a rhetorical question.) I go by the Holy Qur'an which says:

"They take their doctors of law and their monks for Lords besides Allah, and (also) the Messiah, son of Mary. And they were enjoined that they should serve one God only — there is no god but He. Be He glorified from what they set up (with Him)!" Holy Qur'an 9:31, Maulana Muhammad Ali translation

My question still stands, and is valid. The bible say you shall have no other god but god, but you "go by the Holy Qur'an". So why do you do this? You are questioning them concerning a choice they have made, I'm just doing the same.

AND WHERE IN THE BIBLE DOES IT SAY THAT JESUS MUST BE TAKEN AS "LORD?"
Click to expand...

Sure, just as soon as you show me in my post where I used the word Jesus. But didn't you say that you study the bible?

But I'll help you a bit, cuz I'm just that kind of guy.

Now, why is it you don't know this?

How can you not be a Muslim, but go by the Qur'an? 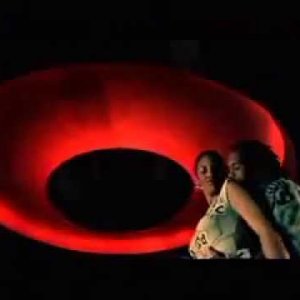