Black People : IS THE YORUBA ESHU SAME AS THE CHRISTIAN DEVIL?

Samuel Ajayi Crowther was captured by Muslim Fulani during the Fulani/Oyo wars and he was sold with his mother and toddler brother to Portuguese slave buyers. However, the ship was intercepted by British Royal Navy and the slaves were released by taking them to Sierra Leone. This was where the Anglican Church Missionary Society took over the educating of young Ajayi.

One of his foremost achievements, apart from taking Christianity to the Niger Delta parts of modern Nigeria, Ajayi Crowther translated the English Bible into Yoruba. This can thus be said to be the first medium through which the Christian Satan/Devil/Lucifer was thus interpreted as the Yoruba Eshu.

Ajayi Crowther was also the one who compiled in 1843 the English-Yoruba Dictionary upon which so many others have been patterned till today. The word ‘Bara’ in the dictionary reads out the meaning thus: “god of mischief, the devil, Ifa.” Here it is plain that the devil and Ifa are the same to Ajayi.

Bara is a word use in qualifying Eshu in some of Eshu’s oriki poems: “Bara ti o logun ika/ To so ile ana re di ahoro (Bara who does not have evil medicine but turns his in-laws home into desolation). Bara l’abelekun sunkun ki eru o ba elekun/ Bi elekun ba n sokun, Laaroye a ma sun eje (Bara is the one who weeps with those weeping and they will be frightened by the time they see Eshu/Laaroye/Bara weeping blood). Bara ni abonimi su mi ki eru ba onimi/ Bonimi ba n su imi/ Laaroye a ma su ifun (The one defecating will be full of fright by the time he sees Eshu defecating his intestines). That is Eshu for you, a god that overdoes things in a frightening way… a prankster.

''Let us objectively look into the function of Eshu who is a fierce god, like Thor or Sango but not evil like Hades. Eshu has to be constantly sacrificed to in Yoruba belief because he is the one between us and the other gods. Eshu has the power to decree any god not to harm a mortal and can also look away if the offending mortal refuses to perform sacrifice to ward of evil. Eshu does not cast evil, he is merely performing his duties to ensure that no man is unjustly attacked by evil.

There are eight forms of evil in Ifa philosophy, these are Death, Pestilence, Loss, Paralysis, Trouble, Curse, Bondage and Iniquity. All these eight are under the supervision of Eshu according to God (Olodumare) who placed Eshu in that role to monitor their activities. These eight are always trying to hinder the progress of man and this is why any sacrifice or rites performed on earth to ward evil must have Eshu’s Fifth share since he alone has authority to tell the Eight evil to desist from harming a particular person.''

''The Christian Satan is a rebel; the Yoruba Eshu would never think of derailing from his functions. It is only the witches and sorcerers that Eshu has no power over and this is where Ifa too says that it is only one’s Ori (head/soul) that can protect one against Dark/Evil Magic cast by witches. Eshu has nothing to do with cursing man or turning man against God. He serves as mediator between us and the heavens. There is no record in Ifa that Eshu rebels against Olodumare, besides, is it not demeaning the power of God that the omniscient created something It had not foreseen would rebel and cause trouble for mankind in such huge scale?

Ajayi Crowther could have translated the Bible Satan as satani. He was a boy of 12 when he was stolen from Osogun, his village in Iseyin, Oyo, and had very little knowledge, if any, of Eshu and his complicated functions. If Eshu were the Devil, Ifa would totally have been upturned into evil and Yoruba would not be one of the most enlightened race in Africa today. We would have been submerged in the Devil’s evil.''

''Eshu is not evil. But today, millions of Yoruba have seen Eshu as the Christian devil with the influence of the translation and the Yoruba Bible. The Yoruba dictionary clearly shows that elitism crept into the translating pen of the translators as a result of their little knowledge of Yoruba spiritual beliefs, which Christianity taught them is the Devil’s belief. Let us remove prejudice and be objective… Eshu shields man from evil and can also expose man to evil, but he is not evil. Neither is he contesting power with God.''

awo dino said:
Sister Alexandra,
Esu has nothing to do with the Christian concept of Satan, nor with "darkness."
The religion in question doesn't deal in absolutes.
there is no "you're either with us or against us."
Click to expand... 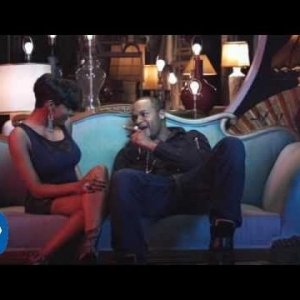