Science and Technology : Is the Mac Really Safer Then a PC


Everyone claims the mac is safer but realisticly isn't it less safe because most people on a mac are not as cautious as pc users. Pc users are running software firewalls to see what connections are coming in and out, sandboxing type software and other security type programs.
If someone personally knows you are on a mac seems they could target you better since they know you proably won't be looking for anything out of the ordinary.

What do you guys think

Peace NerrdyGirlyX- since I work on both platforms daily, I guess I can help answer the question. It is assumed that Macs are indeed safer- obviously because most hackers, computer programming professionals- or whomever -usually create more viruses and worms for PCs. This doesn't mean Macs don't and can't get attacked, it just means those with the brains to do so, usually spend more time going after pc users.

The fact is there are more PC users than Mac users hands down. Apple would be in the creek right now if not for the Ipod. In my estimation, the only real difference between a Mac and a PC is the operation system and how each one uses memory. And as you have pointed out, there is really no such thing as a totally safe computer system. Even Linux has its issues too.

I agree with those in graphics and music production like myself that macs provide a stable operating system especially for memory intensive software like protools. However we should also note that most movie studios especially those doing large budget animations aren't using apples alone.

Southpark is produced on a string of several G5 systems, but overall most studios are using PCs with dedicated software. A PC can be configured to do the same things a mac does. And what usually makes a PC superior is that its easier to exchange motherboards and parts from case to case. I work off several cloned harddrives, so even if a virus did attack one, I have several backups of the same complete harddrive.

Considering the expensive, Macs aren't worth it. I use them minimally. But if its just for the love, there are allot of good refurbished or used Macs out there for nice prices: www.megamacs.com
N

i only use pc's for servers; typically running some linux distro. ubuntu is my current favorite. there the decision is a price one, i simply don't need to pay for the glitz of a mac when all i need is aa workhorse pc runnin linux + free software.

mac os x is completely safer than windows. the security model is safer. the default user accounts do not have permissions to cause any real damage to the system. even the administrative accounts are limited and need to password authorize to perform trusted/risky operations.

mac os x by default has a firewall installed, all mac users have a firewall running by default, so that argument is moot.

security by obscurity.
mac users are completely immune to and laugh at windows viruses. the same can be said for linux users.

in terms of hackers targetting mac users, a hacker can guess that you are running windows and be correct 95% of the time. they can simply watch the latest ms security patches and assume that most people haven't installed the latest security update. windows users should be subject to a constant barrage of assaults from hackers, using you logic.

i reccommend that people not use windows. microsoft is still playing catch up with vista anyway.
3

Generally speaking, for many users a Mac is "safer." I say this as someone who wants nothing to do with a Mac(NOTHING)by the way.

before the Mac became a Unix box, it was safer.. but they threw
out that old MacOs codebase and became basically a user interface.. but
underneath all of the prettiness is Unix. but it was good move because their
were far more Unix developers than Mac developers.. MacOs was a niche
specialized kind of thing. .But Unix was widespread through Academia and the
corporate world.. and widespread means hackable.. but even with all of that
said.. it's still more secure than a PC. 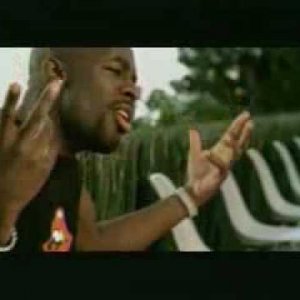