Black People Politics : Is The Black Vote Necessary To Win the US Presidency?

"For all Intent & Purposes, We Live in A Technocracy! If so, then the 'Power to Elect', Rests NOT with those who choose to vote, BUT with those who via their proprietary software actually count the votes. Following this School of Thought: Then the U.S. is Really Led by Nothing More Than a Series of Interim Presidents (Brought to Us By) the True Shareholders of America Inc. And the idea of either Republican or Democratic Mob Rule: Is Simply a Fairytale for adults in search of imaginary or perceived differences between these two Political factions."
~(Lokman)

HODEE said:
Before these new Tactics like using drivers licenses, jail and felony charges to disenfranchise the Black vote.
There was the POLL TAX.

The Fifteenth Amendment (1870) provides that "[t]he right of citizens of the United States to vote shall not be denied or abridged by the United States or by any State on account of race, color, or previous condition of servitude

That same amendment prohibits TODAY using drivers licenses, jail and and felony charges from being a new law of disenfranchise-meant tactic illegal.

We never lost our right to vote, the 15th Amendment became meaningless. Mainly within the United States for Blacks to vote, by the POLL TAX. We couldn't afford to pay, so didn't vote and fell off the map.
We were Bamboozled again.

The poll tax was sometimes used alone or together with a literacy qualification. In a kind of grandfather clause, North Carolina in 1900 exempted from the poll tax those men entitled to vote as of January 1, 1867. This excluded all blacks, who did not then have suffrage.

These laws, along with unfairly implemented literacy tests and extra-legal intimidation, achieved the desired effect of disenfranchising African-American and Native American voters, as well as poor whites.

In 1867, Congress passed a law requiring the former Confederate states to include black male suffrage in their new state constitutions. Ironically, even though African American men began voting in the South after 1867, the majority of Northern states continued to deny them this basic right.

Only days after General Lee surrendered at Appomattox in April, 1865, black abolitionist Frederick Douglass spoke before the Massachusetts Anti-Slavery Society. In his speech, Douglass explained why the black man wanted the right to vote “in every state of the Union”:

Despite Democratic opposition, the Republicans steadily won ratification victories throughout 1869. Ironically, it was a Southern state, Georgia that clinched the ratification of the 15th Amendment on February 2, 1870.

On March 30, President Grant officially proclaimed the 15th Amendment as part of the Constitution. Washington and many other American cities celebrated. More than 10,000 blacks paraded through Baltimore. In a speech on May 5, 1870, Frederick Douglass rejoiced. “What a country — fortunate in its institutions, in its 15th Amendment, in its future.”

The jubilation over victory did not last long. While Republicans acquired loyal black voters in the North, the South was an entirely different matter. The Ku Klux Klan and other violent racist groups intimidated black men who tried to vote, or who had voted, by burning their homes, churches and schools, even by resorting to murder.

Within a few years, the Southern state governments required blacks to pay voting taxes, pass literacy tests and endure many other unfair restrictions on their right to vote. In Mississippi, 67 percent of the black adult men were registered to vote in 1867; by 1892 only 4 percent were registered. The political deal to secure Hayes as president rendered the 15th Amendment meaningless. Another 75 years passed before black voting rights were again enforced in the South.
Click to expand...

Gorilla said:
It's necessary for the more moderate or left of center parties to win (basically Democrats), and it's been the reason conservatives have been trying to go after the Black and Hispanic vote.

The last few exit polls for presidential elections show that most White people vote conservative. In 2008, McCain would've won if the entire election was just based on how White men and Women voted. Things get interesting when you add Black and Hispanic votes though.


Two of the candidates for president are cuban-americans...0ne plus one equals two...

No, but neither is the so called white vote.

Over the years I've heard that the Hispanic vote is necessary to win the US Presidency.

Does the same apply regarding the Black / African American vote?


Bernie Sanders and Hillary Clinton stepped up their fight to win over African-American voters on Wednesday, with the Vermont senator joining the Rev. Al Sharpton in New York and the former first lady planning to campaign with the mothers of Trayvon Martin and Eric Garner. 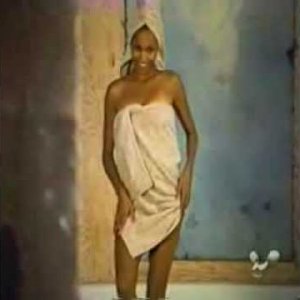