Black People : Is On Line Snooping For Real ?

Most of you probably know this already but when ever I come across it I find it hard to believe that people are still hanging their underware (private and personal information) out so that all can look at it. People learn where we are so that they can mug, steal from, setup, burglerize, mock, degrade us and most importantly, give the government all of the personal information and profile study information that they need to put in their folder to keep their snoop records up to date in order to pick us up or make us disappear. Then they give their agents awards for a job so well done... Dam#. Peace

It was shared in that thread the video is a spoof, but the point is still worth noting ... putting all your business out in the street, can never be a good thing ... i don't guess.

To answer your question ... yes ... i believe online snooping is real!

Would "snooping" include googling someone?

If so, we're probably all guilty.

Do people not know what the Onion is?

In general though, people should be careful about the information they share online. It doesn't hurt to learn more about how the Internet works, how to encrypt conversations, and, and how to surf or use services anonymously.
S

This really is true and the people in the background are real . They are govermnent operatives. Tell me, is this website a spoof website below,where this new information came from? We had better stop thinking that everything that whites do that we will not take time to search out and research is funny and makes us laugh. They are dead serious about bringing down this nation and her people. It is happening everyday before our eyes. Look at the whole page and see if you will start laughing and joking when you finish reading it. For some reason,people who are trying to imprison me and kill me does not make me want to start laughing and making jokes. I am just silly like that. Global Research is not a site that posts spoof articles. When you finish laughing please read it. Peace
Facebook - the CIA conspiracy

Facebook has 20 million users worldwide, is worth billions of dollars and, if internet sources are to be believed, was started by the CIA.
The social networking phenomenon started as a way of American college students to keep in touch. It is rapidly catching up with MySpace, and has left others like Bebo in its wake.
But there is a dark side to the success story that's been spreading across the blogosphere. A complex but riveting Big Brother-type conspiracy theory which links Facebook to the CIA and the US Department of Defence.
The CIA is, though, using a Facebook group to recruit staff for its very sexy sounding National Clandestine Service.
Checking out the job ads
does require a Facebook login, so if you haven't joined the site - or are worried that CIA spooks will start following you home from work -check them out on the agency's own site.

The story starts once Facebook founder Mark Zuckerberg had launched, after the dorm room drama that's led to the current court case.
Facebook's first round of venture capital funding ($US500,000) came from former Paypal CEO Peter Thiel. Author of anti-multicultural tome 'The Diversity Myth', he is also on the board of radical conservative group VanguardPAC.
The second round of funding into Facebook ($US12.7 million) came from venture capital firm Accel Partners. Its manager James Breyer was formerly chairman of the National Venture Capital Association, and served on the board with Gilman Louie, CEO of In-Q-Tel, a venture capital firm established by the Central Intelligence Agency in 1999. One of the company's key areas of expertise are in "data mining technologies".
Breyer also served on the board of R&D firm BBN Technologies, which was one of those companies responsible for the rise of the internet.
Dr Anita Jones joined the firm, which included Gilman Louie. She had also served on the In-Q-Tel's board, and had been director of Defence Research and Engineering for the US Department of Defence.
She was also an adviser to the Secretary of Defence and overseeing the Defence Advanced Research Projects Agency (DARPA), which is responsible for high-tech, high-end development.
It was when a journalist lifted the lid on the DARPA's Information Awareness Office that the public began to show concern at its information mining projects.

Wikipedia's IAO page says: "the IAO has the stated mission to gather as much information as possible about everyone, in a centralised location, for easy perusal by the United States government, including (though not limited to) internet activity, credit card purchase histories, airline ticket purchases, car rentals, medical records, educational transcripts, driver's licenses, utility bills, tax returns, and any other available data.".
Not surprisingly, the backlash from civil libertarians led to a Congressional investigation into DARPA's activity, the Information Awareness Office lost its funding.
Now the internet conspiracy theorists are citing Facebook as the IAO's new mask.
Parts of the IAO's technology round-up included 'human network analysis and behaviour model building engines', which Facebook's massive volume of neatly-targeted data gathering allows for.
Facebook's own Terms of use state: "by posting Member Content to any part of the Web site, you automatically grant, and you represent and warrant that you have the right to grant, to facebook an irrevocable, perpetual, non-exclusive, transferable, fully paid, worldwide license to use, copy, perform, display, reformat, translate, excerpt and distribute such information and content and to prepare derivative works of, or incorpoate into other works, such information and content, and to grant and authorise sublicenses of the foregoing.

And in its equally interesting privacy policy: "Facebook may also collect information about you from other sources, such as newspapers, blogs, instant messaging services, and other users of the Facebook service through the operation of the service (eg. photo tags) in order to provide you with more useful information and a more personalised experience. By using Facebook, you are consenting to have your personal data transferred to and processed in the United States."
Is the CIA really providing the impetus and the funding behind the monster growth of this year's biggest dot com success story? Maybe only the men with the nice suits and ear pieces can answer that.
Disclaimer: The views expressed in this article are the sole responsibility of the author and do not necessarily reflect those of the Centre for Research on Globalization. The contents of this article are of sole responsibility of the author(s). The Centre for Research on Globalization will not be responsible or liable for any inaccurate or incorrect statements contained in this article.

To become a Member of Global Research

The CRG grants permission to cross-post original Global Research articles on community internet sites as long as the text & title are not modified. The source and the author's copyright must be displayed. For publication of Global Research articles in print or other forms including commercial internet sites, contact: crgeditor@yahoo.com
You must log in or register to reply here.
Share:
Facebook Twitter Reddit Pinterest Tumblr WhatsApp Email Link 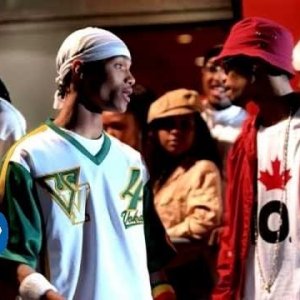