Black People : Is a Black Man more or less masculine if he hits his Queen?

He is neither...
If he feels he needs to strike a woman to get her to obey or get back at her for what she said or did to him then he is suffering, and it is a more crippling blow than what he can cause her to ever feel...

Josef said:
If he feels he needs to strike a woman to get her to obey or get back at her for what she said or did to him then he is suffering, and it is a more crippling blow than what he can cause her to ever feel...
Click to expand...


this is hot...and i can appreciate how your response shows your concern for the abused and the abuser by saying "he is suffering." i know you are not condoning abuse by saying this but someone may come in the room and try and twist it that way. but this was part of my earlier point that your saying which is no one is born an abuser. and the one who is abusing is suffering, as you state. of course we know this doesn't mean that the abuser will not have to pay the price for whatever he's doing. we're just saying that those who abuse got issues simply by the fact that they will abuse their Queen.

please correct me if my words don't reflect your message intent. thanks for contributing.

Yes Perfection that is what im talking about.

Perfection said:
So would you say a Brotha is more masculine for hitting a woman?

Also, let me ask you this please. In the bus incident, in your opinion, do you think that the driver could have waited for an official authority figure to remove that Sistah from the bus?
Click to expand...

Mikha'el said:
No he is not.


Let me tell you what I saw in the bus beat down and maybe if you get some time you can offer your comments.

What I saw as with most people a action obvioulsy very disturbing. Nobody can always determine what their behavior could dictate in any future event because there are so many variables. But this one spoke to a more deeper problem with this Brotha I think. To me, this was a case of rage. Or, more precisely, misplaced rage that this young Queen had to suffer.

I should also add that I frown upon violence against our Queens barring the most extreme circumstances. This case would not be applicable to one of those circumstances and I'll explain why.

Even if we were to allow some type of physical response to this specific scenario, what was given by this Brotha was not in proportion to the level of threat and or disruption he was personally experiencing. This was excessive.

One of the key things to consider is that she had no weapon remember?

As to the rage, I don't think it would be too far-fetched to suggest that this Brotha may have taken out a lot of his pint up rage he had regarding a number of personal situations he was experiencing out on this Queen.

I truly wonder if this Brotha would have dispensed that type of beat down had that been a non-black woman? Or, would he have been more tempered, empathetic and understanding and reacted by waiting for some proper authorities to come and remove her from the bus, as I suggested?

Again, this demonstrates a point which I constantly stress which is a person treats you like they see you. So what are we saying about this Brotha if he would have been understanding and wait for authorities in one scenario...but issues a beat down in the same scenario but for a different woman? 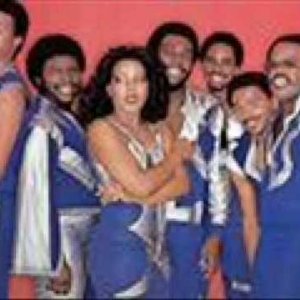