Black People : Intuitive Cognizant Have You To Know What God Is, And Who God Is Not!!!


Intuitive Cognizant Have You To Know What God Is And What It Is To Be Free, Black Afrikans Are Not Free Today

I am not impressed nor am I convinced or persuaded by what somebody said about our living condition in the past if it was not strong enough to advance the cause of Black Afrikans to study and learn from, so to be the motivation that had Black Afrikan people realizing that Freedom is the Goal to fight for Afrikan People to be, as nature designed us to be, and it is the Reparation/Repatriation in this day and Time that Represents Black Afrikans and Afrika Freedom, and only with a Divine Mind Freedom, is the Mind qualified to guide you to Freedom, beloved Black Afrikan People, which we Black Afrikans sure as hell has not yet obtained with the mind we have today guiding Black Afrikan people, we lost the ability to be with Intuitive Cognizant awareness to know What God Is, And Who Thyself is in need of being again, beloved.

There is nothing Religious about being Intuitive Cognizant about the Dimensional Realm that is Beyond Thought, you get there only by Divine Meditative Travel, a Mental process that takes you into the Esoteric Realm of Divine Awareness Where The Presence Of The Ethereal Inert Divine Dark Spatial Energy is Ad Infinitum Existence, It being Omnipresent, Omnipotent, Omninesce, All-Powerful, All Presence, All-Knowing (Intelligence), That Beloved, Is The DivineSupreme Source Of Existence, God Over Everything That Moves And Appears Not To Move, Darkness/Blackness en to'to.

I dare to be Me, and being with such Mental bravery allows me to enter the dimension where out of consciousness is where Divine Truth and Reality Reside, and It Is The Divine Essence, God, That is Divine Truth And Reality Residing in the out of bounds to conscious thought.

Divine Meditation takes you beyond the physical realm of being, the Brain act as your Rocket of Deliverance to the outer edges of your Living mental capability and only when you are under the Esoteric pilot projecting you beyond your physical Being self, you are mentally levitated to be qualified to be in the presence of the Divine essence of all things,en

But when you are Giving The Ability To Be In The Physical Realm of your Living Freedom And/Or Confinement, such is by choices you make and not by the Divine Essence involvement with your daily physical living where conscious thought and or Profane Believing is the activity of the topical activity of the Brain performance on the exoteric dimension of physical living.

Divine Power of Living comes from the process of Meditative performance, an intervention that connects you with the Dimension where Ethereal Inert Presence is that of the Divine Essence, God, It Being Dark Energy Ad Infinitum, Electromagnetic Intelligence, having you to be as Nature has Designed all things to be, living physically.

Beloved Black Race We Fail in being United as a Divine Black Afrikan nation for having a lack of Divine Knowledge about the need for our Enslaved Ancestors to be free and as long as we refuse to take on the challenge to collect the Reparation/Repatriation owed to our Enslaved Afrikan Ancestors we will remain to be like that white racist Luciferian Human Being has now conditioned Black Afrikans to live, self-ignorant and divided having not Afrika under Black Afrikans control.

C
Black People : You Can't Be Intelligently Against Religion If You Do Not Innerstand Divinely, What God Is!!!

Feb 17, 2020
Chief Elder Osiris Akkeba
C
C
Black People : When You Do Not Know What God The Divine Essence , The Greater Good Is, Then You Are Not Qualified To Reference God In Anything You Say Or Do!!! 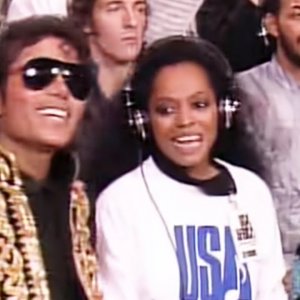