Information Without Confrontation Serve An Injustice To Freedom!!!


There Is Much More Where This Come from.
o_akkebala2002@yahoo.com

Keep Sharing The Divine Truth And Maybe, Just Maybe Somebody Black Might Hear you.


Beloved, every Black person with a strong Divine black mind and has no doubt about what and who you are and is not with the virus of religion, should watch Farrakhan Press conference, held yesterday, it is on youtube.

Watching Farrakhan Press conference on youtube, I saw Vintage Farrakhan 1970 with a few flaws but not enough for me to share with you, it was a very informative and tantalizing presentation about the present action now taking place being conducted by America in Afrika Libiya and the other hot spots created by America in the world.

But, as you should know by now, my primary concern and focus is on the Black Afrikan Nation, a people been made to be considered irrelevant in the world today, yet is the only people with the potential to save Qaddafi, Afrika, the Black World, and the world in general.

I know, you Black people have been made to believe that there could be nothing of a greater good, to come from the Black Afrikans, a people whose mind been replaced with the mind of the Devil, Satan, Lucifer the Human Being.

I notice that Farrakhan at many intervals, he signature his presentation with the use of passage of words from the bible and the Koran, to dramatize his point, and to religious minds, such a tactic is very accomplishing.

I am a Divine mental Spiritual Black Being of a man, and I receive the revelation that come to me from our Ancient Divine First Way Ancestors, those Goddess and gods who are not the fixture of fables, but are people with a cosmic universal Nature that truly and factually did live upon this planet Earth, without you having to invoke the mental act of belief in order to give meaning and purpose to our Divine Deity with Divine Perfect , and with an ability to know and understand that which is Divinely True and real, they being our Cosmic Divine First Way Ancestors.

Tell me, what good is a warning telling you that you are living in a hazardous environment but there is no instruction of how to save your lives.

America representing the center of evil, it being the United States Of America.

Religious books are not the hand writing by God the Divine essence of all things, so what is written in those so call religious books of God, is done so by the Lucifer Human Being.

So, again I share with you, we are living in horrible and dangerous to life, time, as the minister warn you about, at his press conference, and as i have informed you about, much time on this internet.

I am not permitted to over sale to you the infomation that is revealed to me, concerning Black people and about Lucifer the Human Being, he being the greatest challenge we have that represent to us oppression, persecution, and repression
and not freedom.

The only value to life that can give to you the ability to know the mental power that is inherit within you, is the use of the Divine mind.

The Black world is qualified to implement a desire that will give to you Black people the ability to see, along with you looking, and be able to know the difference when using the two method of that life mind-sense.

The Time is at hand to summon Black people, not just for conversation, but to prepare for confrontation, in behalf of Freedom for Afrika and for our enslaved Ancestors Reparation, and for a return of a Reunification of Black Afrikan people.

We are at a time when we must decide what and who we will be as a people, and stop trying to give reason for not accepting the fact of our pigment identity, an identity that was brought here on this planet, by our Cosmic Ancient Divine First Way Ancestors, which is with a pigment that stand out in infinite association with the Dark infinite Space.

Today in this culture of a society, here we have not the power nor the authority to self classify our pigment with assurance that it will be respected.

We now are referred to as Black-dark and Dark Brown people, and until we become free and independent with a sovereignty of a continent of Afrika environment, which we today, answer to the classification as Black people, with added geographical assignment that usurp many Black people, giving cause to identify ourselves as such, without genetic verification for such an identity.

Geographical identification without a genetic component to verify such identity, is not with sufficient biological attire, suited for a people with a Divine association intrinsically to a Massive Infinite Space that is without flashing illumination, light, causing that space without light, to be what is commonly accepted to be a shade referred to as Black.

Now, with that out of the way, let me concentrate on the situation at hand, which now confront Black people, which is that, Black people are being prevented from not knowing that there is something special about the caliber of people that we are, and that we should not be fooled by Lucifer and his so call Black agents.

Lucifer the devil, Satan he is the creator of religion, for the purpose to dumbfound the mind of black people.

Religion is an institution that place its doctrine on the Achilles spot of the mind of Black people, it is what cause Black people to be in our present state of condition, and it is today, a very life threaten danger to Black people.

You who allow yourselves to be guided by the mind of Lucifer, the Human Being oppressors of black people, and today, Lucifer mind do not allow the Divine mind of our Divine First Way Ancestors to guide you.

Religion is what cause you to end up not being qualified to see with knowledge and understanding the signs of the Time you are being informed about today..

So share with me, since God the Divine Essence did not hand write the religious books, then who did, because whomever did, also wrote all that is prophesied about in those religious book, which have those prophecies to be no more than plans to come that will be implemented by Lucifer himself.

Very often to a Lucifer mind, fiction become confused to be religious truth, but Divine truth can not be imitated, it is not fluid like religious truth, Divine Truth has no agenda, it is just what it is, constant and firm, unbending in the company of Divine Reality.

Only a fool in the ct of repentance is worthy of forgiveness.

Obama is no fool, he is very alert in his action against Afrika and Black people, causing destruction.

So, he deserve no mercy when he has yet to show no mercy to our Enslaved Ancestors, they having the right to their Reparation, which cause me not from my mind eye, to have ever viewed Obama as a Black Afrikan Man, and he has not given me reason to start now.

As I have shared with you, we must make it very expensive to be worthy to be label to be Black, it being of the Divine shade of the Space Perfect Night.

We must become divinely mindful who it is that we welcome in the circle of our Black Divinity.

Just as all that glitter is not gold, so it is that all that wear the shade of our blackness, is not Black.

Only the out pouring of mass Number of black people in the streets of all sorted and evil countries, by black people, will there be a cause for the stand for time to be aborted, Time that is assigned to be the time for the assassination of Qaddafi.

The children Of The middle Passage in America, has the obligation to lead such an act of confrontation of civil disobedience against evil, murder, and Lies with intent to deceive.

But Hell, what do I know, I have not been sanction by Lucifer to mislead you Black people, which you have developed a habit for such low quality of Black Folks claiming to be your leader, while you follow without the ability to Think Divinely, because that Quality of a Mind, does not function in the Black Body life anymore.

Kudos to Minister Farrakhan at his Press conference Yesterday, you were electrifying in the act of communication, now is Time for black folks confrontation against evil, that is, if we are going to put up a defense for our lives against the danger Lucifer is creating and causing to come to this planet in disguise of it being Nature action.

So, I do know that the Goddess and gods of our Ancient Cosmic Divine First Way Ancestors, they are awaiting for a sign to come from their Descendant Ancient cosmic Children, Black they are identified to be, to summon them by the great demonstration of Black confrontation with Lucifer.

Therefore, you who are only qualified to confront lucifer with the weapon you now carry, your Divine Mind, will be able to see clearly that which I share with you.

Let The Black wise Divine Minds know What Has just Been Shared with Black People, because It is Reparation/Freedom Time, For Afrika and Black Afrikan People, the True Divine soil Of Life, On This Planet Earth. 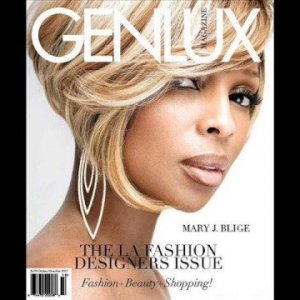