Black People : Increase in Naturul Disasters is an Illusion

We've gotten so worked up by what seems to be an increase in natural disasters. Hardly a day goes by that we don't hear about something. But is there really an increase? Three things are going on and two of them only create an illusion of increase while the other, like brotha james said, are the works of men.

1. Instant hyped up news coverage makes us more aware of earthquakes and such that would have gone unnoticed in the past. only recently have earthquakes and volcanoes become news because in the pas,t by the time we heard about them they were old.

2. Human ovepopulation puts people in areas where they are more likely to be affected by disasters that didn't cause as much damage in the past because no one was there. Again, instant information creates newsworthy stories in which we learn quickly how many millions of dollars a hurricane is going to cause.

3. Human actions such as cutting down forests and swamps. over grazing on hillsides, manipulating the flow of rivers (accept yours truly, of course) and covering large stretches of land with hard surfaces have caused Mother Nature to reactr in ways she did not have to before. All these man made conditions have actually destroyed the protections against natural disaster leaving us more open to death and destruction. According to this article, even the tsunami was most destructive in areas where people had destroyed the mangrove swamps that would have absorbed the waves.

http://www.huffingtonpost.com/saundra-schimmelpfennig/why-are-there-so-many-nat_b_520992.html
If you've been wondering where all the Black fantasy writers are, be sure to check out:
Rhonda Denise Johnson The Writer who Paints Pictures with Words

The cover for The Crossroads of Time was designed by Brotha Rapchild, a professional graphics designer, and video editor for the above trailer.

Black People : As the economy declines will Gang Bangin Increase or Decrease?
5 6 7

S
Black People : Brutal racial attacks on Blacks are on the increase in America
2

J
Black People : Learn How to Increase Your Height 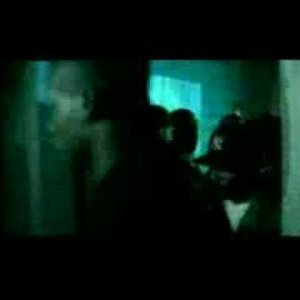