There are some words that can cause cold shivers to run down your spine like someone yelling "fire" in the movie theater, or, hearing some one scream for "help," but the one that turns legs to jelly, bringing cold vengeance and scorching anger to the surface can only be whispered in the black community. Incest! The secret is out and is long overdue to do something about it.

There is a common idea in the black community that it is in bad form to air our dirty laundry in public and it is precisely this idea that has protected generation after generation of incestuous fathers stepfathers, brothers and uncles. Statistics from the Justice Department show that anywhere from 7% to 30% of all American women have experienced inappropriate sexual attention from a male family member. In the African American community the numbers of similar, but the acts tend to be more brutal and callous.

In 1985, Stephen Spielberg's film of Alice Walker's "The Color Purple" was nominated for 11 Academy Awards and yet it didn't win a single one after the NAACP protested the depiction of black men in the film, with the key point being the incestuous relationship that focused on Cele. The NAACP protest cost some deserving actors and actresses a chance for fame and glory, but that is only the material side of the loss. The biggest loss comes from the dirty dregs the NAACP tried to sweep under the carpet and that is incest does happen in the African American community. Not only does incest happen; it happens far too often.

Certainly, black men have been picked on, beat up and dissected but when an act is wrong being black as ten past midnight does not make it right and will never make it right. It their myopic approach to protecting the African American community the NAACP shot itself in the foot and insulted thousands of black women who have suffered the insult on unwanted male attention. Black men rape women, girls, boys, and the NAACP wanted to make sure the lid didn't come off. Where were they when every night a regular parade of black men in handcuffs sauntered across the television screens in America? Where were they? Fortunately, the leadership has changed now, but incest has not. It is still in the community, hiding under a rock, locked in the frightened throat of little girls to afraid to tell.

Unfortunately, these things usually don't happen in vacuum. Many times mothers are often aware of what is happening but will not go against the lover or husband. Well, if it ever was a secret it is no longer. Closets are for putting clothes in and not for hiding dirty laundry. If we must air it in public-its time to spray some air freshener.

Amun, this is a very powerful topic. Too many times this goes unnoticed or unaddressed, but the bottom line is that there are some very sick individuals out there and we need to wake up. There used to be a time where you could let your children go over a relative's house to spend the night, but now you can't even trust your family. Too many times young girls and boys are taken advantage of by an uncle, brother, grandfather, cousin and father. Not only that, just as you said, some of the women in the family know that this is going on and refuse to do anything about it. Oftentime its the child that feels like the one who has done something wrong, they feel that they deserve this kind of punishment, therefore they don't speak out. After all how can you speak out against your father or brother? Suprisingly, in today's times we find now that women are also accused of this. Women are now being accused of sleeping with young boys and girls. we have to recognize the situation. We must know that this is a growing problem in the african american community. We used to think it only happen to white folks, but immorality and indeceny knows no color. The there's the other side of the coin, two relatives who commit incest willingly. you hear more and more stories of brothers and sisters, cousins, involved in sexual relationships. I know of two cousins who married and had children. The result was children who were born with disabilities or deformities. We must educate our people especially our children and let them know that they don't have to blame themselves, they can speak out, they don't have to be victims. We must recognize changes in the children behavorial patterns that may suggest that there is something wrong. If we fail to do this, then we fail to raise a generation.
A

This one burns me!

You are right on the money! I guess we both have a strong feeling about this subject. I get POed just thinking about it. I can't imagine the type of person who would betray a trust like this. I personally know several people who have had this happen to them and they are still trying to deal with it 30 years later! I going to drop off here for a moment---this really get my motor running--Ra

i deeply feel you botha dn i agree wholeheartedly. i shall respond further later. (at work)

I am feeling you Ra

I think it's amazing how folks try to sweep things under the rug like that. I mean, when most people hear of incest they think of a lil blond girl being fondled by daddy in the midnight hours...but that just isn't so. The older I've gotten more memories begin to surface and I am beginning to see the secrets our family used to whisper about when I was younger. Older cousins attacking the younger ones, even a few dating each other in the open like it's all ok...I actually have an uncle that had five daughters and he molested every one, and my PARENTS used to send me over there all the time. Now why they would put a child in a stituation like that, knowing what's going on over there just boggles the hell out of me...and even more, the reaction i got when I mentioned some things that I had dreams about, things that I've come to learn are memories and not just dreams, I was shunned. That's what happens alot in these situations...the VICTEM gets shunned. Not crazy aunt Harriet or freaky old uncle Joe or Billy (who just ain't right in the head)no...it's never their fault...it's the victem. Women turn their heads to that **** everyday in a desperate attempt to hold onto their husbands or lovers...or to stay in good standing with the "family". It's all a mess...the repercussions never go away for that...the patterns are never really broken for the one that has to suffer through it, be quiet and be a good girl or be ridiculed and called loose (cuz she so nasty that she even freaks her cousins out) Come on now...when has this become acceptable? It ain't funny, not some joke you tell at family reunions, not some rumor you just dismiss because they are just a child and tend to tell stories! Man **** that! I am sorry but this issue really has me amped. I counseled some teens while I was in college that had been messed with...and the connection that is shared...the destructive patterns, the fear, the warped perception of intmacy and relationships that harbors inside of these tortured souls...it's horrible to see. To feel. To not feel normal. You don't just penetrate skin when you molest someone...you puncture a hole in their soul...in their lives...and nothing, nothing can ever make it right. It's just like commiting murder. A person can never recover from it.

sorry i rambled on and on...
i'll shut up go outside and take a breather!
good topic Ra 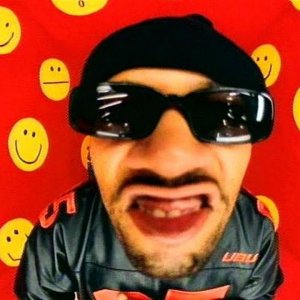