In the first of two shows devoted to the aftermath of Hurricane Katrina, Oprah Winfrey said yesterday that the nation owed an apology to the people who died in the streets of New Orleans and elsewhere, and to the survivors whose misery was compounded by a relief effort whose inadequacy "makes me so mad."

Ms. Winfrey, of course, was far from the only celebrity who gained access to restricted sites in New Orleans, or whose ministrations to survivors at the Astrodome in Houston were captured by a phalanx of reporters and cameras.

But unlike the politicians, musicians and movie stars who toured relief facilities and the news networks whose reporters were bound to let officials defend their relief efforts, Ms. Winfrey was able to turn her own cameras on the suffering, to have a celebrity physician tour medical facilities and diagnose injuries, to orchestrate family reunions and to feature aid efforts headed by celebrities like Jamie Foxx and Faith Hill.

"I was sitting at home feeling frustrated and useless, like so many other people, so I came down to personally assess how I could best be of service," Ms. Winfrey said yesterday in a statement relayed by a spokeswoman.

Black members of Congress expressed anger Friday at what they said was a slow federal response to Hurricane Katrina.

She and other members of the Congressional Black Caucus, along with members of the Black Leadership Forum, National Conference of State Legislators, National Urban League and the NAACP, held a news conference and charged that the response was slow because those most affected are poor.

Why do we continue to allow the European to assuage their guilt by demanding and accepting meaningless apologies?

This is what I've learned about apologies:

Apologies from proven liars are meaningless.

Oprah may get the apology she seeks, however there will be no remorse, no corrective action, no love. It will be purely political; finely crafted to allow the perpetators to make ammends without compromise.

Demanding and more importantly, accepting apologies are another way of solidifying our self-imposed inertia.

Peace,
Lazarus
Come out of her, my people!

The Sons Of The Diaspora

could/would any chicagoans swing by harpo and see if oprah might be interested in joining Destee.Com?
K

Why does the federal gov't and the public "owe" the people an apology?? The problem started with underprepared local government.

The Times-Picayune had an article from the Mayors office, that the next hurrican the population and citizens of NO are "ON THEIR OWN" and everyone wants an appology from the people who are there right now helping and trying the hardest to help all of these displaced people...

We need to quit looking for a scapegoate and worry about getting these people back into a thriving community...

Could thing have been handled a little quicker hell yes, were they no, no one is disputing that but if we think about the task that has been done so far it is quite amazeing. The Fed gov't was able to by the 5th day have almost 80 thousand people rescued and transported to facilities where they can get the help they need.

Some on this website have compared this to Castro moving 1.5 million people without loss of life. They started 5 days before and were removed at gunpoint. If the Fed gov't had done this 5 days before Katrina had hit how many people would have been up-in-arms over it, especially if the hurricane had veered off enough to miss NO.

We need to get beyond the "WHO'S TO BLAME" and make sure it doesnt happen again........ 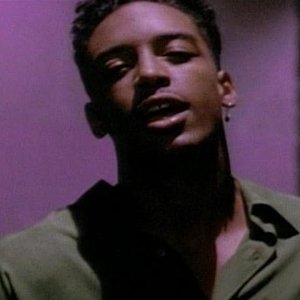