Take a minute to see how many of these facts you actually knew. This is very interesting:

A very humorous and revealing story is told about a group of white people who were fed up with African-Americans, so they joined together and wished themselves away. They passed through a deep dark tunnel and emerged in sort of a twilight zone where there is an America without Black people.

At first these white people breathed a sigh of relief. “At last,” they said, “no more crime, drugs, violence and welfare. All of the Blacks have gone!” Then suddenly, reality sets in. The “new America” is not America at all – only a barren land.

1. There are very few crops that have flourished, because the nation was built on a slave-supported system.

2. There are no cities with tall skyscrapers, because Alexander Mills, a Black man, invented the elevator, and without it one finds great difficulty reaching high floors.

3. There are few (if any) cars, because Richard Spikes, a Black man, invented the automatic gearshift; Joseph Gammell, also Black, invented the super-charge system for internal combustion engines, and Garrett A. Morgan invented the traffic signals.

4. Furthermore, one could not use the rapid transit system because its precursor was the electric trolley, which was invented by another Black man, Elbert R. Robinson.

5. Even if there were streets on which cars and a rapid transit system could operate, they were cluttered with paper because an African-American, Charles Brooks, invented the street sweeper.

6. There were few (if any) newspapers, magazines and books because John Love invented the pencil sharpener, William Purvis invented the fountain pen, Lee Burridge invented the typewriting machine, and W.A. Lovette invented the advanced printing press. They were all – you guessed it – Black.

7. Even if Americans could write their letters, articles and books, they would not have been transported by mail, because William Barry invented the postmarking and canceling machine; William Purvis invented the hand stamp, and Phillip Downing invented the letter drop.

10. Their children met them at the door - barefoot, shabby, motley and unkempt. But what could one expect? Jan E. Matzeliger invented the shoe-lasting machine; Walter Simmons invented the comb; Sarah Boone invented the ironing board, and George T. Simon invented the clothes dryer.

11. Finally, they were resigned to at least have dinner amidst all of this turmoil. But here again, the food had spoiled because another Black man, John Standard, invented the refrigerator.

Now, isn’t that something? What would this world be like without the contributions of African-Americans? Dr. Martin Luther King said: “By the time we leave for work we have been dependent on half the world – modern America is created by dependencies on the inventions from the minds of Black people.”

wow indeed you are right Black History is the great talent
of sports like Jackie Roberson breaking the color rule entering
baseball or like music greats like Jimi Hendrix list go on and on
Black history like right now Destee.com and our own personal
family history that's not of slavery but greatness and knowledgable minds moving ahead folks like Jesse Owens Track star and likes of A. Ash tennis then great folks who set
the standards and pave way for writters .// poet's like m and others to flow freely & openly so HISTORY of Black folkz
is of many things good // bad // helpful // struggling // freedom
speeching Thankz Aqil for this words of our History
Poetic flow, Poetry of a poet! Be a Premium member today and enjoy all the fruits .
P

Thank U 4 bringing this 2 light & letting people know that Black History is actually AmeriKKKa's history, & we should celebrate daily.
S

Thanks for dropping such knowledge. More people need to

so they know what you're talking about. Thanks for the education. 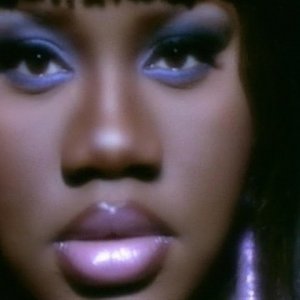