Please support destee.com, the oldest, most respectful, online black community in the world - PayPal or CashApp - Thank you.
Donate
M

CuShado gently kissed me on my forehead waking me up from my peaceful slumber. It was 7:30 and I was still high.

"Hey babe," he greeted, "Get up. I want to take you somewhere.

"Where?" I asked. The water was running in the shower.

"Don't worry about it. Come on, let's get ready," he began to undress me.

By then, I was a bit confused but willing to cooperate. That wasn't the first time that CuShado showed me his spontanaity. It was just another reason why I loved him so much.

We took a shower together and somehow "accidentally" lost track of time. There was something about his naked body that put me in a zone and I just couldn't seem to keep my hands to myself.

When we finally got out of the shower, it was close to nine but CuShado still felt strongly about going to this mystery place.

Nicely dressed, we were on our way and I still didn't know where we were going. Nevertheless, I was happy to be out on the town with my man. I could remember living an hour away and not seeing eachother for weeks. It was almost unreal waking up to him every morning.

"I use to come here and just listen to the poets," CuShado said, "Tonight is open mic night."

I grinned from ear to ear remembering all of the poems that I had wrote him when we were apart.

We sat at a little table near the stage. The cafe was small but the turn out was great. I imagined that most of the people were regular in attendance because they all seemed to know eachother. A sista was on the stage reciting something about a revolution to the rhythm of the congos in the background.

I was listening intently, trying to feel her vibe when he asked, "Do you like it?"

"Yeah babe... this is nice. It reminds me of this place in Sac. I used to go there when I had the time but I never did any of my poems," I replied.

"A job? Baby, that's great. Where?" I asked excitedly.

"At some warehouse where my boy Mike works. He took me by there today and the manager interviewed me and everything. I filled out the paperwork and I start this Wednesday."

Just then, the sista finished her poem and the crowd roared loudly. "Well congratulations babe. I knew that it was just a matter of time." I leaned over and gave him a kiss.

For the rest of the evening, we cuddled, drank cappucinos and listened to poems about love, reparations, depression and politics. Eventually, I got the courage to do one of my poems, "A Love Letter."

I didn't have any of my pieces memorized. From my notebook I read...

Dear CuShado,
Honestly, I was beginning to run out of hope
I had noticed that many couples in society
Just could not seem to cope
With the ups and downs of relationships
And I was scared…

Scared that the world has forgotten how to love
God’s greatest commandment
The most essential gift from above
People lack the time, energy and strength that love requires
And it made me think…

The crowd responded with great applause and we left for home to begin round two.

High off of the verbal fourplay, we rushed home. Barely through the front door, we were both naked. There was no time for walking to the bedroom, it was going down right then and there. I switched up the roles and gently kissed him all over. Beginning at his lips and finding my way to his muscular chest, kissing all around his tattoo of a beautiful black queen. Ironic, because at that moment I felt like his Queen and he was my strong African King. We made love so many times in that one night that I didn't want to get up the next morning.

* * * * *
​
For awhile everything was going great. We were working and slowly but surely, our place was getting more comfortable. We bought a furniture set for the living room. The kitchen was decked out in blue plaid designs. And my favorite addition was the bedroom set: a queen sized canopy bed with matching nightstands.

CuShado even had the windows tinted on the Ford Focus. He upgraded the stereo system and even had TV's put in the visors.

I didn't talk to my friends too much in Sacramento but, I was making new ones in Vallejo. CuShado's boys would bring there girlfriends over and we would all hang out. We would smoke, go shopping, club hopping... it was fun.

By the new year, CuShado began to work overtime. I was starting to see less of him and more of Benjamin ($100 dollar bills). But I was glad that he was working because I was getting sick and missing a lot of days. Mike's girl, Tanya, convinced me to buy a pregnancy test although I strongly doubted that I was.

I had the test for weeks before her begging finally influenced me to take it. I was waiting for CuShado to return home one evening when I found out that I was indeed pregnant.

It hit me like a ton of bricks. Everything was going great but I wasn't ready for motherhood. All kinds of thoughts entered my head... I'm only twenty years old... Just another reason for my mother to hate me... I can't stop working to have this baby... Am I gonna have to quit smoking weed?

After waiting another hour for CuShado, I pulled out my journal and began to write...

Dear Journal,
I finally took the test today and found out that I'm pregnant. I can't beleive this ****. Why didn't I just prevent this in the first place 'cause I really don't think that I'm ready to do this.

I've been waiting for CuShado now for a few hours. I'm beginning to think that something is up with him. He says that he's working overtime or that he's going to meetings but something is telling me otherwise. I don't like to think the worst but I know that he's lying. He works the same hours as Mike, so why doesn't Mike go to these meetings too?

I'm just not sure about anything right now...


CuShado walked in just as I closed my journal. He must have saw the tears on my face because he asked, "What's wrong?"

"I told you that I was going to a meeting at work," he attempted to explain.

"Right... and ya'll sit around and pass a blunt during the meeting?" I asked.

"What? You're trippin' Kenyell. I went to the meeting and afterward Mike and I smoked on the way home," CuShado lied.

CuShado walked back into the livingroom. "I'm not going to argue with you. I told you where I was and if you don't beleive me then..." CuShado hesitated.

"Then you just don't beleive me," he finished.

"You're d@mn right. I don't beleive you and you can sleep your lying @ss on the couch." I threw him a pillow and a blanket and locked the bedroom door. I was too mad to tell him what he should be expecting in the next nine months.

The next morning when I woke up for work, he was gone but the car keys were sitting on the table. After I realized that I had went a bit overboard the night before, I wondered where he had gone.

At work, I was busy trying to catch up from the days that I missed but I still worried about CuShado. He hadn't called me and he wasn't answering his cell.

I brought dinner home, hoping that he would already be there but he wasn't. There was no note and no messages on the answering machine. I called Tanya, "Hey girl, have you seen CuShado today?"

"Ummm... last time I saw him was this morning. He left with Mike, but I haven't heard from them since. I'm sure they'll be back soon," Tanya said.

"Okay thanks." I'm sure that she wanted to talk more especially, after the news that I gave her yesterday but I wasn't in the mood.

It was around three o'clock on the morning when the phone rang.

"Hello," I answered, half asleep.

"Hey baby, it's me." CuShado replied.

Just hearing him say that made me worry... "Where are you?" I asked again.

"I can't really talk about it right now. I can't explain everything over the phone yet." Despite the situation, he sounded a bit confident. "I have to meet with the public defender first and then I'll call you to tommorrow. I love you." He hung up.

I wanted to cry. I wanted to scream. I wanted to rush down to the county jail and demand to speak to him. I couldn't beleive what I had just heard.

The next day, I didn't even attempt to get up for work. I didn't even care about calling in. Still in my pajamas, I waited for him to call. The phone rang off the hook all day; his mother called, Tanya called, his mother again, Mike's cell... Finally, I answered, expecting Mike to know something.

"CuShado told me to come by and let you know what's up. I'm not saying anything over the phone," Mike told me.

He came over that evening to talk to me. I'm sure that he was aware that I had been stressing. My hair was a mess, I was still in my pajamas and I didn't even bother brushing my teeth.

He greeted me with a hug. "I don't even know where to begin," he started. "First of all, he wasn't cheating on you if that's what you were thinking. He told me about you flashing last night. I know my boy too much... he knows better. He loves you. But you were right about the fact that he wasn't at a meeting last night. CuShado was with me and some other n!ggas. We were discussing some business."

"What kind of business?" I interrupted.

That's when I realized that CuShado hadn't been working all of that time. Or at least he wasn't working a legal job.

"I had hooked him up with a job where I work. He went on the first day but my boss had just finished the background check and sent him home because of his conviction. He couldn't tell you that though... he said that you were so proud of him for getting a legit job."

sitting on the edge of my seat waiting for part 4.

wow!!! pt 4 now
Poetic flow, Poetry of a poet! Be a Premium member today and enjoy all the fruits . 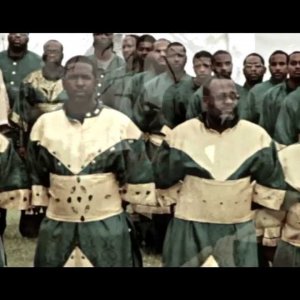