Here are some scriptures to study:
Ezekiel 8:9 And he said unto me, Go in, and behold the wicked abominations that they do here.
Ezekiel 8:10 So I went in and saw; and behold every form of creeping things, and abominable beasts, and all the idols of the house of Israel, pourtrayed upon the wall round about.

In the book of Acts: These Israelites were repenting from their sins of even having portraits (artwork
Acts 19:18 And many that believed came, and confessed, and shewed their deeds.
Acts 19:19 Many of them also which used curious arts brought their books together, and burned them before all men: and they counted the price of them, and found it fifty thousand pieces of silver.

Wisdom of Solomon 13:10 But miserable are they, and in dead things is their hope, who call them gods, which are the works of men's hands, gold and silver, to shew art in, and resemblances of beasts, or a stone good for nothing, the work of an ancient hand.

Wisdom of Solomon 14:15 For a father afflicted with untimely mourning, when he hath made an image of his child soon taken away, now honoured him as a god, which was then a dead man, and delivered to those that were under him ceremonies and sacrifices.
Wisdom of Solomon 14:16 Thus in process of time an ungodly custom grown strong was kept as a law, and graven images were worshipped by the commandments of kings.
Wisdom of Solomon 14:17 Whom men could not honour in presence, because they dwelt far off, they took the counterfeit of his visage from far, and made an express image of a king whom they honoured, to the end that by this their forwardness they might flatter him that was absent, as if he were present.

Exodus 17:14 And the LORD said unto Moses, Write this for a memorial in a book, and rehearse it in the ears of Joshua: for I will utterly put out the remembrance of Amalek from under heaven.

“Notice that the MH never mentioned anything about drawing any portraits on particular prophecies he always said write it”. (The prophets could have easily drawn the

Jeremiah 30:2 Thus speaketh the LORD God of Israel, saying, Write thee all the words that I have spoken unto thee in a book.

Again thanks I hope these help. 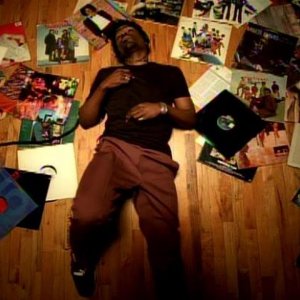