Chief Elder Osiris : If You Can Not Take It Do Not Try To Fake It


Beloved, if I Am sharing Divine Information with you in order to get you to agree with that which I share, then that would cause me to change the quality of information that I share with you, because you know what, I know what Black Folks want to hear, but I am not here to share with you what you want to hear, My obligation is to share with you Divine information that Black folks Need To Hear and therefore, as I do, it should inform you that I do not cater to your Wants, only to your Needs, something Black Folks do not know anything about today.

Here we are, an entire Decade has come to us in this Time we refer to as 2010 and we still are unaware of what we Black People Need, all because we are so occupied with what we want, and want is the making of Lucifer upon our Black Lives, and as long as Lucifer can have us stuck on Want, there is in no way will we be willing to do what we Need to do in order to get what we Need that will have us Black people to become the quality of Black people we once were, and Need to become again.

Beloved, it is no flute, no flawed imagination that have us where we are today as Black people, whether you can take it or not, the Divine Truth and Reality is that a people serving as Lucifer, did in fact come into our Ancient Ancestors presence with a motive to lie and deceive them, and they did, and not only that, they proceeded to trade places with your Black behind, I wonder why, well it is obvious that Black Folks were in a Higher Mental Level than those who came to be crooked with our Ancient Divine First Way Ancestors, which mean that they knew who our Ancient First Way Ancestors Were and the Alchemy power that they possessed and they did succeeded in tricking our Ancestors of the First Way, by taking advantage of their Divinity.

So you must come to see, our present status in the world did not happen by some Natural phenomena, it was based upon the Nature of the Human Beings who came into our House and took advantage of our hospitality and now today we do not know who in Hell that we are and you show no anger for being taken advantage of and it is all because Lucifer now have you Drunk on his Religion, a Religion that Completely Blind Black People.

Here are people who came in your presence and stole an entire continent from you and Enslaved you and Colonized You and now have many of us without a place to call our Home, because the Home that belong to us, those Afrikans that remained behind during the Enslaving of our Ancestors, they have been made to be a people that have been made to be so mental imbalanced to the point that they can not see the need to welcome us Home with Land set aside for us, so that we can become a part of a needed Revolution that will cause us to become one Unified Black Family Nation again.

The so call Black Afrikan has been made to be so mental imbalanced to the point that we can not see the wisdom in us Black people joining in one voice Demanding our Ancestors Reparation, I am referring to the need for Black Voices Demanding coming from Afrika and the Three other corners where Black Folks are residing, Demanding Reparation for our Enslaved Ancestors.

Yes they were, our Afrikan Ancestors were snatched out from their mother and fathers arms and kidnapped into White Folks Enslaving Institution and was treated as White Folks Chattel and now here you are getting so up set when that reality about the Black life is mention to you Black People, you making claim that our people sold each other into that Enslaved condition, as if there is some justification for Lucifer Action, but you know what, if Lucifer had not gone to Afrika with such intention, then there could not have been any bargaining away our Ancestors.

Yet by me indicating the Divine Truth about Lucifer the Human Being, ruler of this world, let you tell it, I am spreading Hate by reminding you and the world about what the world of Lucifer the Human Being has done to us, an act that has a telling effect upon us to this day, having us to be a people that is mentally unstable and to this day has not paid to our Enslaved Ancestors Reparation, a sign unto this day in the eyes of Lucifer, Black People do not matter when the issue is about Justice and Freedom is concerned, we just should want to fake our way through life.

Yes, Yes Beloved, if you can not take this Divine Truth, then do not try and Fake it, because the Divine Truth will reveal a Lie every time it raise its deceiving head, as you try to justify not doing what Black Folks need to be doing in order to prevent the World from self destructing, because that is what is in motion as I share this with you, and it is all because of the condition the world has placed Black Folks in, a condition that we no longer have the will to be self respected, as we go around embracing the very forces that are causing Black Folks Mental illness, an illness that is so severe to the point that we fight against our Liberation and has no knowledge of the power of a Mind that Think Divinely.

How sad and pitiful of a Black people we have been made to become, always attempting to fake our way through life, we being the most dishonest people to our Black selves, all because we do not function with a Mind that can take the Divine Truth about the Spirit we now display to the world, a spirit of forgiveness when you have done nothing to be forgiven for by other people, and the people you need to forgive you will not extend such a forgiveness to, and those people happen to be your Black so call Afrikan Selves.

Beloved if you can not take this Divine Truth, then do not try and fake it, because it is your mind that reveal who you really are and the Mind of Black people reveal that we do not have a desire to know that which is Divinely True, as we have been conditioned to submit to the mind of Lucifer, the force that Enslave our Ancestors and is about to take Afrika from your Faking do nothing behind, always pretending to be oh so intelligent when you have not the intelligence to know who you Black people are and do not desire to do what you Need to do to show Respect to our Ancient Cosmic Divine Ancient First Way Ancestors and unto the Self you no longer know today.

Yet here you are, you can not take the Divine Truth when it is told to you about your Black selves, all because you have grown to be able to fake your way through Life, playing the lowly pretender as if all is well with Black so call Afrikan People.

You Black People are people who go under all type of names and labels, a sign of a confuse do not know who you are Black people, as your spiritual display toward Afrika reveal just how much you want no connection to Afrika and those Black Afrikan people who did not make the trip to the Diaspora in Chains and you Afrikans who remained behind has the audacity to turn your behind to us in the Diaspora, all such a spiritual display serve as a sign of how mentally sick we have been made to become, as we go around slaughtering each other and making claim to be who you are naturally not.

So because we can not take who we Need to be, we end up faking who we want to be, and it all serve to the detriment to the Black Family Nation, as we move in the world reflecting ourselves to be a lost Black Family Nation, having no clue who in the Hell that we Black People are, and it is that level of self ignorance that have us faking to be who we are not, today.

I am not sharing this Divine information with you based upon me wanting you to agree with this I share, I do not deal in want, I am sharing this information because this is what you need to hear and whether you do or not, only serve to the detriment of an entire Black Family Nation and not just to your self alone, because ignorance beget ignorance and Divinity beget Divinity, so who you associate with, is who you become, beloved.

So yes, because of my Respect for the Black Family Nation, and based on what we as Black people have not done in the last Thousands of Years, and based upon my knowledge of who we Divinely are, and that is why it was revealed to me to Write the Book that now rival Lucifer Bible, the Book, Divine Spirituality: Revealed Information About The Real You, about all life under the spell of Lucifer and the people needing it the most, happen to be a people who has lost their Divine Spirituality.

So the Book Is not a Fake and you must have the Mind to take it as it Reveal yourselves to you, so if you feel up to the challenge, then follow the Link below, Beloved, it is a Book That reveal how Lucifer has conquered your Mind and the World Mind in general, having you to believe about things that you need to know about. 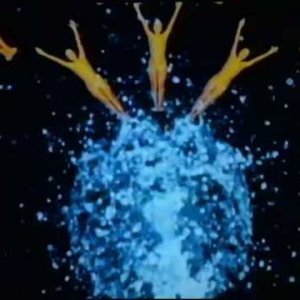