After the end of Ramadan and fasting comes
‘Id al-Fitr
On the first day of the following month, after another new moon has been sighted, a special celebration is made, called ‘Id al-Fitr. A quantity of staple food is donated to the poor (Zakat al-Fitr),

Zakaah is one of the pillars of Islam which Allah, may He be exalted, has enjoined upon the rich Muslims so as to achieve a kind of social security, solidarity and financing some common interests,

Allah, may He be exalted, has mentioned it alongside prayer in more than one verse of the Qur’an, which confirms its importance. The fact that it is obligatory is proven according to the Qur’an, Sunnah and scholarly consensus.

There is consensus among Muslim scholars that it is mandatory on every believer who is financially able. Whoever knowingly denies this obligation, while he possesses the minimum amount, would be considered a disbeliever and a renegade from Islam. Whoever is stingy, or tries to cheat, is considered among the wrongdoers.


everyone has bathed and put on their best, preferably new, clothes, and communal prayers are held in the early morning, followed by feasting and visiting relatives and friends.

There are other fast days throughout the year. Muslims are encouraged to fast six days in Shawwal, the month following Ramadan, Mondays and Thursdays, and the ninth and tenth, or tenth and eleventh of Muharram, the first month of the year. The tenth day, called Ashurah, is also a fast day for the Jews (Yom Kippur), and Allah commanded the Muslims to fast two days to distinguish themselves from the People of the Book.

While fasting per se is encouraged, constant fasting, as well as monasticism, celibacy, and otherwise retreating from the real world, are condemned in Islam. Fasting on the two festival days, ‘Id al-Fitr and ‘Id al-Adha, the feast of the Hajj, is strictly forbidden

London Fire: Muslims awake due to Ramadan fast may have saved lives, says ... after a huge blaze engulfed .


Thank you for the interesting and engaging information, tiger .

I hope you enjoy yourself.

I wish you and your family joy of the celebration.

Notwithstanding Eid Mubarak greeting is the norm in this region, Eid Mubarak to all Muslim brethren.

After a long month of fasting, time for big meal.

Take the wife out for a romantic dinner. Nice

May I take this opportunity to wish all our Muslim friends Selamat Hari Raya .... 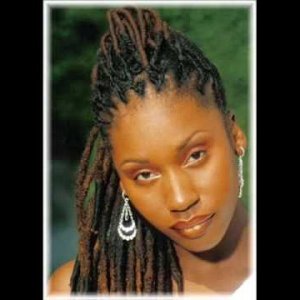