Black Travel : I WANT TO GO TO BRAZIL SO BAD

Black Travelers Network said:
You know, we were thinking about this for a 2017 trip and 2018 trip, but that Zika virus has everyone nervous. They are even concerned about the Olympics. For that reason, now is NOT the time.
Click to expand...

I went in September of 2016. Spent two weeks in and around the Olympic Grounds.. (People's Olympic Park...saw games on large outdoor screens) tickets became expensive and the New York Organization that was handling all United States transactions. Dropped the ball in administration and sales. Buying my tickets for the last Paralympic Game was less than $200 for family of four. If I bought them from the United States group there was no guarantee they would reach me in time, be valid if they did nor be honoured once I show up at the venue. On the part of the United States in general...they sabotaged the efforts of Brazil. The lack of support...running the untrue rumors of wide spread Zika....and not staying informed enough to know the threat of catching Zika during that time...based on weather / location and other factors had been minimized. The locals sleep with windows wide open all night. Women , Men ( lol...in speedo's) trying to look jock like...were everywhere. Children and Babies dressed just enough to be clothed is how they live constantly. Brazil is a beautiful place. CopaCabana is nice...saw many Favela residences...shanty but dressed in beautiful colorful paintings and street art.
Don't cancel your trip.
Florida has Zika...Brazil with some proper preparation and some Avon repellent that works...is breathtaking. Like any urban area of the United States you just don't go anywhere especially in Brazil day or night.
Learn how to say Thank You and "No Obragato" ( no thank you ) use some spanish words if your caught being chatted up by locals.. ( si / hola) englis only... (english only ) and meet the locals..the buses..many cabs and Metro train especially is awesome. Be prepared for a lot of walking....catch the metro more...only $4.50..end to end ride.

Next Olympic Game's are in Japan...It would be nice to go.
" If you know something is wrong or bad.

I didn't get to the many museum's they have. Brazil is rich in our Afrikan culture..lots of traditions, foods and dress... still practiced and celebrated. Your group could share that if you happen to go and reseach what is preserved...possibly within those museum's .

Met a few Brazilians and they were all very cool and friendly people. I would personally like to visit and my reasons are...well...for cultural investigation and documentation.

The mountains in Brazil have me geeked!

Be careful if you do go.... There is rampant crime, poverty and disease there. Go with a group and stay with the group

jamesfrmphilly said:
Extreme water pollution is common in Brazil, where the majority of sewage is not treated.
Raw waste runs through open-air ditches to streams and rivers that feed the Olympic water sites.

An AP analysis of water quality revealed dangerously high levels of viruses and bacteria from human sewage in Olympic and Paralympic venues — results that alarmed international experts and dismayed competitors training in Rio, some of whom have already fallen ill with fevers, vomiting and diarrhea.

And it's a country that treats women like crap...extremely abusive
Join Destee.com today!

A
Black Travel : The Beauty, Strength & Power of the African Family: Adiama Journey to Bahia, Brazil 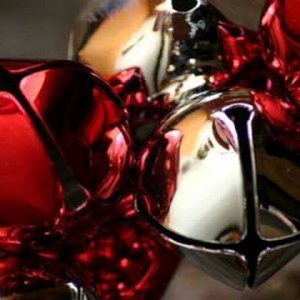