Chief Elder Osiris : I settle For Nothing Than Divine Freedom, Anything Less, Is Captive Oppression.

I settle For Nothing Than Divine Freedom, Anything Less, Is Captive Oppression.


Beloved, there is nothing that should be acceptable to the Black Mind than Divine Freedom, and to entertain anything less is a sign that the Black Mind is in a habit of reconciling with all things that are secondary to Freedom, being drunk in a mental stupor that have you to compromise for that which you are Naturally entitle to when Free, which is to be in Harmony, Order, and Balance, in your body life living.

I am sharing this with you because we need not not to indicate nor appear to justify Slavery by assigning to such an Anti-natural act by giving such an act a meaning that appear to be acceptable to the Black World, because that is why we are considered to be a people who are in a state of mental illness.

Beloved, what constitute being a slave to someone other than to yourself, which is only when such an act has merit.

To be a slave of someone is more than a word meaning assigned to such an act, it is the act that give meaning to the word, so because in the mental transitioned stage of the Black Mind, when Black so call Afrikans claimed that it is perfectly alright to have another person to be your slave, because you will allow that person to work her/him self to be socially acceptable in a society, that beloved is a society that practice social stratification operating under a SOCIAL CLASS SYSTEM, and such a system is anti natural and serve to be an enemy to Divine Freedom, which is a Universal Right to all with a Body Life to live.

There is no category of being somebody slave, that is justified under the Law of the Universe, and such a Law is Divine and respect is shown toward each body that consist of the Universe, and I do not respect any society, Black or White, Jew or Gentile, whatever that mean, that would attempt to justify ownership and control of another Being life of the same status of life as you are and make claim to, for your life.

Slavery in any tongue is evil, so away with attempting to justify ownership and control of another Being life, a life that has the same potential for intelligence as anyone else does in life, if left the Hell alone and allow that life to live Divinely Free in accordance to its own potential ability.

Any so call civilized Ethnic Group who participate in the Enslaving another Group, whether it is a group that is of a phenotype difference or not, does not have a Divine right to impose the status of a Slave upon another Life.

Tell me, who in hell made you the God of all things to the level, groups of a difference going around imposing an evil will upon another group of a different Race or Class, generated by an evil vain egoistic society, a society claiming to be civilized, again, whatever that mean.

When the Mind has been stunted to prevent from Thinking, there is no more of an evil act that can be caused upon another Life of a similar stature, claiming to be of high intelligence, yet is all full of self, to the level of believing it is natural to have class differences with life interaction, as if the Divine Essence did not have the level of Divine Intelligence to cause all things to be Divinely produced by such Divine intelligence, that will cause life to be equipped with the ability to live Divinely Free, with a desire to do so in life.

Life selling life is the act of the devil, Satan, Lucifer mind of self superiority over other life that is not of the same phenotype and with a Hue of the same appearance and now has been reduced to the practice of Black people toward Black people, no way such a selfish act can be looked upon as being Divine, only profanely evil.

So, when you see Black people participating in such action against the Divine Essence Intelligent Design, selling each design of others, one to the other, different or not, to the highest bidder to those whom you have been made to believe has a closer relationship to a God you have been made to believe in, and has caused your Black behind to become ignorant of yourself.

Slavery in all defining meaning, is of the Devil, Lucifer spirit in others, those who adopt such a spirit to be displayed against others of life Body Living, therefore I must declare, with a Divine Mind, that which I choose to guide my life with, along the Divine course of my body living, I settle For Nothing Than Divine Freedom, Anything Less, Is Captive Oppression.

To be a slave is to verify that your life is being controlled by other than yourself, and there is no secondary freedom that can satisfy a Divine Mind That is in pursuit of Freedom Proper, for your life, and that quality of Freedom is Divine, which is beyond compromise, that is if your life is for the satisfaction to experience Divine Freedom, a Freedom our Ancient Cosmic Divine First Way Ancestors did live upon this planet Earth, needing no need to attempt to justify an act of being a Slave.

Be Kind To Your Self,Beloved.

Log in
Similar threads
Black Positive People : Black men arrested at Starbucks settle for $1 each and $200K for a nonprofit student program
Black People Politics : Taxpayer piggy bank lets Congress settle sexual harassment cases in secret
Law Forum : Broom-wielding Detroit teacher to settle for $390K
Black Women : Straight From His Mouth: Why Do Women Settle For Bad Sex In Relationships?
Black People : Ken Burns: Bill De Blasio Has Agreed To Settle 10-Year-Old Central Park Five Case
Black People : Wet Seal to pay $7.5 million to settle race discrimination suit
Black People : Where is a good place to settle in Africa?
Chief Elder Osiris : THE BLACK WORLD HAS SETTLE FOR SPECULATION, PROGNOSTICATION AND NOT ACTION.
Black Poetry : don't settle! for less
Chief Elder Osiris : Why Black People Rather Settle For What We Want Instead Of What We Need ?
Black Spirituality Religion : A Thread to Settle Animosity...
Black Relationships : AT WHAT AGE DOES A BLACK MAN MATURE ENOUGH TO SETTLE DOWN AND DO RIGHT,HAVE KIDS?,
2 settle the score
Black Relationships : Do we all settle eventually?
Black Poetry : She thought I settle for Second
Black Poetry : EXODUS#4 One day Moses observe how the HEBREWS served pharaoh with slave labor the people needed a savior MOSES had nothing great to say as he awaken
Health and Wellness : Death-Cap Mushrooms Are Spreading Across North America “There’s nothing in the taste that tells you what you are eating is about to kill you.”
Black Poetry : black history always a whack mystery which involves whips and trips to trees for hangings nothing groovy or cute about the movie roots had to stoop to
Black Spirituality Religion : TD Jakes - NOTHING AS POWERFUL AS A CHANGED MIND
Black Relationships : SHACKING UP, ain't nothing wrong with it?
Black People Politics : George HW Bush's presidential campaign was nothing to be proud of
Black People Politics : Yvette Carnelle: "Government Ain't Never Did Nothing for Black People" is a lie
Black People Politics : 33 Things This Election Will Decide That Have Nothing to Do With Trump or Clinton
Black Positive People : 80-Year-Old Body Builder: 'Age is Nothing But a Number'
Black Poetry : HE SAID: Got a bundle of proof but stumble over the truth and got up like // nothing happen, history
Brother AACOOLDRE : All or Nothing from the God's of Diva's & Divus
Black Poetry : Got a bundle of proof but stumble over the truth and got up like nothing happen, history be kind and
Science and Technology : 10 Reasons We Know Nothing
Black Sports : When Steph Curry Gets Nothing But Net, He Funds “Nothing But Nets”
Black People Politics : A Cop Killed A White Teen And The #AllLivesMatter Crowd Said Nothing
Black Sports : Sixers got 3 players and a 1st-round pick for nothing
Black Entertainment : Metallica - Nothing Else Matters
Black Entertainment : Nothing Like A Good Hand of Spades
Audio Video Web Conferencing : James Brown: Talking Loud/Saying Nothing
Sudan : Sudanese Court Sentences Pregnant Woman to Death for Apostasy - Nothing More than Barbarism
Black People : Nothing has changed same old same old
Black Education / Schools : Nothing but excuses.. and dysfunction atop dysfunction..Expelled From Every Other School: Last Chan
Black Poetry : THERE IS NO ROOM FOR NOTHING ELSE
Black Poetry : Girl you fine, legit and sincere mind if I sit here? Make no difference to me nothing appear To be m
Black Spirituality Religion : Billy Graham, With Nothing Left To Prove
Black People : "Left With Nothing" (WaPo) - A great article about a local tool for gentrification in D.C
Black Men : The Black Man Has Nothing But God
Black People : Why has nothing been posted here about the Lane Murder
Black People : Nothing You Need Or Want To Kick It About, Posters?
Black Poetry : Without hope there is nothing
Black People : Is Age Nothing But A Number?
Black Entertainment : Beyonce Has Nothing on The Late Aaliyah!
Audio Video Web Conferencing : Nothing Even Matters - Lauryn Hill &amp; D'Angelo
Black People : Black/African people have nothing to ashamed of.
Audio Video Web Conferencing : Destee.tv : Rachelle Ferrell &amp; Will Downing ~ Nothing Has Ever Felt Like This
Share:
Facebook Twitter Reddit Pinterest Tumblr WhatsApp Email Share Link 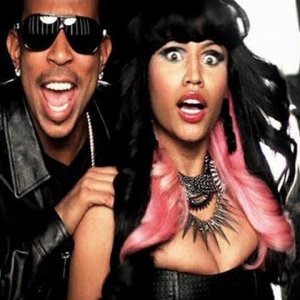