"I'm sure by now you have heard or read about Larry Wilmore (You know the comedian you had never heard of with the show on Comedy Central that you don't watch) refer to a sitting President of the United States as "My *****" at the White House Correspondents Dinner. Not just any president mind you, but Barack Obama the first black president.

I won't post the video of his ignorant comments because there are other blogs where you can view them. I just want to make my feelings known.

Now if you are like me your immediate response was "What the f*@# did he just say?"

I was shocked and angry at his comments. A black man finally becomes President of the United States, something all black men of my age bracket were told we could never be by are well meaning teachers. Then in Obama's last year in office, it's a black man that calls him the N-word to his face in public?!?! (Everyone else called him ni**er behind his back or online). The use of the word is always inappropriate regardless of the setting and to refer to Obama that way on national TV (Yes, C-Span counts) is just mind boggling.

My first angry reaction to Wilmore's comments was "**** Larry Wilmore!"

I decided to calm down, watch Wilmore's comments again to see if I missed any context, and try to come up with a more adult and mature response. So after much contemplation I came up with this:

i watch wilmore daily. i like his show.
this was a failure on his part.

he was attempting to say that no matter who we are or where we are we are all still ghetto.
this is an expression from someone who knows nothing about the ghetto or black people.

this was a punk move.

he's desperate to gain 'street cred'. in other words he is insecure.
a real black person doesn't need to prove street cred, we are not insecure about who we are.

wilmore is doing the white supremacists work for them.

I honestly understand where you are coming from. I do not understand why people use that word. I hate the name that represents the Capitals NFL Team and never have nor never will use it. When I hear someone using that word (even if it is a Native American) I get upset because I know what it means. I will educate Native Americans who use that word as well as others. If I don't like the word then why would I call one of my Native Brothers or sisters one? Just my opinion. BTW me and my lady watch Larry Wilmore daily. 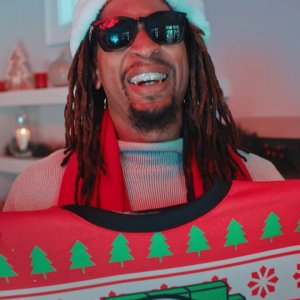