Perfection said:
Say a newbie comes to a venue and she likes all kittens that are only black. But 80% of the venue (tenure memebers) this newbie has walked in prefers orange kittens.
Click to expand...

Perhaps she should find a site that prefers Orange kittens instead.. or maybe even start her own site.. orangekittens.com perhaps. That is.. if she cant handle folks not agreeing with her.

in fact.. I would submit that said "newbie" probably secretly desires the conflict that she condemns out of the other side of her mouth.. otherwise.. why would she insist on inserting her unpopular opinion where it is clearly not appreciated?.. why caste her pearls before swine?


Perfection said:
Embracing the idea that a grading/liking system is indicative of a reality is as flawed and illogical as saying that a video which receives 1 million views is more important than one which receives only 500 views.
Click to expand...

With regard to online discussions, relevance / importance is really in the eye of the beholder.. but insecurity can lead to envy.. and animosity.. and all types of other dysfunction.

I personally didn't see a problem with it. So what if the person liking you comment is known, At least that person's views was out in the open, vs hiding in the shadows. Nothing has changed, members didn't call out other members eventhough their names were shown. This equates to the same thing, and as I said, one ways was in the open, this way is clandestine.

I guess it will give some that cover of protection when it comes to their opinions. IMO, this falls in line with if you can't handle chat, you shouldn't be in it.

skuderjaymes said:
... but insecurity can lead to envy.. and animosity.. and all types of other dysfunction.
Click to expand...

Your words, not mine.

And so this is why I pointed out how peace is jeopardized, indeed--it's under attack, with artificial and skewed and arbitrary "rating systems." How in the world can a man "dislike" a woman opening up (in a thread) about how she had been abused by her husband for over 20 years?

Generally speaking, these systems give a false sense of power and, in the case of the web, are, in essence, literary tools of vengeance. "She think she cute because she got 200,000 subscribers and I have only 37...I'mma dislike all her videos."

But I'm glad you're here with us because the reality of the incoherence of the rating system is more obvious and gets even more suspect while its need to be abolished becomes more pronounced in that you mentioned elements of psychiatric disorders. Doing so demomstrates your awareness to this important issue. That is to say, when people have these envious and jealous and insecure and dysfunctional proclivities--because they are incapable of doing what others can do--it creates that (your word) "animosity."

But obviously you and me are not blanketing this scenario on everyone; we're just observing the behaviour of those who fall into this class that you noted.

So that jealousy and that envy (and that animosity it births) have to come out in the open in one form or another because, again, like you brilliantly observed, these indiviuals are in a state of "dysfuction." This dysfunction that you mentioned cannot remain latent for too long, so it has to manifest itself eventually...somewhere else. And how does it manifest itself? Through the artificial rating/liking system.

May I bring your attention then back to something else you noted: the "superior" system. Let's review that again. If a system creates and or fosters "animosity" due to latent trace elements of jealousy and envy in the mind, how can that system be superior, because, we have clearly demonstrated that jealousy and envy are not friends of peace? Are they not?

Logic, it seems, would dictate that in order to remove that "dysfunction" (which is a correlative to the animosity and the envy you mentioned) from either existing or being hosted; then a system which has no rating system is the best option and therefore the superior system.

Oh interesting. I think the upgraded system is cute. Love that it has a "Love" option. Heheh. And a "thank you"!

Support : Has anyone read any good books lately?
2 3 4

M
Has Destee Been Attacked By Racists?
2 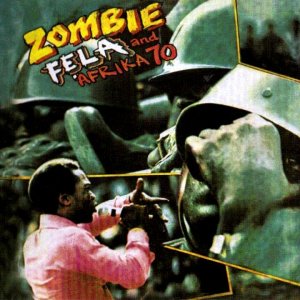