Black Relationships : I just want to speak my peace

What I am about to say is going to throw people off and might seem like I am bashing, but what I been seeing, hearing, and feeling is foreign.
I never was one to be open or like to deal with my emotions, I was never the bad guy or nerd.
This is the problem, I was the observer never was into females that much and never had a reason to. Don't get me wrong I like females but I was never the type to run after them.
I was not the guy who like to change or feel anything for someone.
I notice that for a guy like me or the guys that have morals and values is shun,excluded,ignored or viewed as weak, but we are always told growing up from females "we just can be friends" or my favorite you a "nice guy".

What many single guys don't get and why they date female of another race is because the extra guessing and the pain you put a guy through who is trying to be himself. You viewed this guy as needy or whatever, but you do not know how hard or what goes on inside his head when he finally have the courage to say anything. It is a guessing game that make a guy want to be alone.
I know we different, and behave different but why you keep thinking life is a fairy-tale it never going to be a happy-ending and the state we are in we need each other more than ever.
How a family suppose to be built with me in a jail cell all behind the misinterpreted notion that we got to be A-Z or how can I be there for my kids from a grave? You tell me

You want us to be one way and then, want us to switch up and be another.
Remember it is a two way street, in y'all minds there no more "Good Man", but there are
a lot of them in front of you, but you too deep in fantasy land to see them.

errbody brainwashed.....some know it and some don't

You're too sensitive for a sista? And white folks treat you more delicately?

See these are the people who will get left behind when the revolution comes. And we won't miss them...

Sad.
Last edited: Sep 10, 2016
The 13th Amendment states: “Neither slavery nor involuntary servitude, except as a punishment for crime whereof the party shall have been duly convicted, shall exist within the United States, or any place subject to their jurisdiction.”

How is it sad? When people ask a question and you give a answer to why they can't handle the truth. Everyone going to have different experiences and views.
This is a link that support my cause:

Last edited: Sep 10, 2016
You must log in or register to reply here.
Similar threads
Black Relationships : Black Women Speak To Your Black Men!
Black Poetry : A note is a short letter with all sorts of clever words to speak that's never heard on the street, tonight need help to climb a flight of steps to got
Black Poetry : Rap to fans and adapt plans to meet new circumstances then speak get true romances and get a crew of chances to get dates this add milk to his thrilli
Black People : How Can You Speak Truth About Hate Without Speaking Truth About The Hateful Things Done By Hating People???
Black Poetry : Brittle in this world and like a little girl speak to barbies and be sweet at HARDEES right here in
Black Poetry : Speak slang no doubt but hang out with the same crowd and music became loud wow somebody got their c
Black Poetry : Who Is This Trump You Speak Of ?
Black Positive People : Alica Garza, Jelani Cobb to speak at Dallas Institute's MLK Symposium
African American History Culture : The Ancestors Speak: A Conversation Between Former Slaves And Union General Sherman
Black Positive People : black-teen-girls-speak at the-united-nations
Black People Politics : I will even speak in tongues Black people if you promise me your vote!
Black People Politics : (FWIW) How is Tim Kaine on African American Issues? Those Who Know Him Speak
Nigeria : let's do speak about the ongoing crisis in Nigeria :
Black Poetry : Wow somebody took the pickles out my lunch I'm tickle a bunch got class when I speak, last week went
Black People Politics : Nation of Islam leader Louis Farrakhan reportedly to speak at Iran drone rally
Black People Politics : Holder, free to speak his mind, takes on Congress, and more
Black People : It Is Hard Not To Speak On The Spectacles Playing Out Before Us
Black Spirituality Religion : ❤ the Legends speak of 3 wishes
Black Sports : Kareem Abdul-Jabbar: 'If It's Time To Speak Up, You Have To Speak Up'
South Africa : Black Excellence: Black Women Speak Candidly About Sex In A New South African Web Series
Black Poetry : My words speak,
Black Poetry : My words speak, heard on streets and like a bird’s beak peck cats
Black Poetry : My words speak
Black People : Sisters, Do Speak Up, Too!
Black People Politics : Abby Martin Exposes Obama’s SOTU Double Speak
Black People Politics : We Must Speak Not At And Do Need to Speak To Our People!
Black Poetry : Jamila Lyiscott: 3 ways to speak English
Black People Politics : Condoleezza Rice is Not Qualified to Speak on Civil Rights
Black People : Other Blacks Speak Up/Out/ETc. In The Americas Too!
Audio Video Web Conferencing : Wayne Shorter; Speak no Evil
Black Spirituality Religion : Didn't Master Fard speak about life forms on other planets?
Audio Video Web Conferencing : Anyone speak the language of the Omega Psi Phi doggs?
Black People Politics : As Long As I'm Allowed To: I Will Speak Up/Out/Etc. About What Concerns All Of Us Here!
Black People : Does Silence Really Speak Volumes ?
Africa : What Main Language Should a United Africa speak?
Audio Video Web Conferencing : destee.tv: Flora Purim, Speak No Evil
Black Events : First Americans Speak about the Myth of Thanksgiving now WBAI
Black People : Would you speak to Michael Moore, Amy Goodman or Noam Chomsky in public?
Black People : Do you speak to Caucasoids in public
Black People : I AM SEAN BELL, black boys speak
Mauritania : Mauritanian speak on Slavery in his country and Arabic controlled North Africa
Black People : Blacks speak out against the NAACP of today and defend the Tea Party
Black People : The Bitsh Speak: BP Oil Spill
Black People : Actions Speak Louder than Words
Black People : Down Low - Sis &amp; Bros Speak About Men on the DL
Black Poetry : Actions Speak Louder Than Words
Black Spirituality Religion : Is the divine name "Yahweh" ordinarily the best way for Christians to speak of God?
Black People : Are We Afraid to Speak Out Against Foolishness?
Black Events : The C.O.W.S. - Female Victims of White Supremacy Speak
Black People : When I speak of white people
Share:
Facebook Twitter Reddit Pinterest Tumblr WhatsApp Email Link 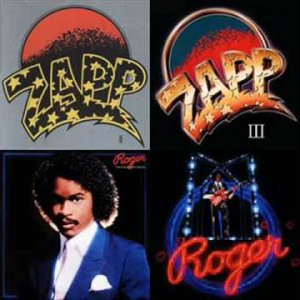