Chief Elder Osiris : I Have A Dream and It Is Not about America

I Have A Dream And It Is Not About America


There Is Much More Where This come From
o_akkebala2002@yahoo.com


Keep Sharing The Divine Truth and Maybe, just Maybe, Somebody Black Might Hear you.


It is expected for all Black Americans to keep the Dream Of Dr. king Framed in fantasy, but it is an obligation for All Black Afrika Nationalist Revolutionaries To Advance The Vision Of the Honorable Marcus Garvey, he who Dreamed Of Afrika being for the Afrikans, and the Afrikans becoming United again.


This is "The Time Of The Renaissance", For Black people, and yet Black people fight and struggle to remain in the period that show case our blind ignorance.

We Black people, hating to learn and hear of a Divine truth, that which let us know how ignorant we have been made to be, concerning time, space, continuum, that which wait on no Mind, but such a mind must be in the know of such a time that serve to the benefit of the Life of Black people.

From Time to time, I have Informed you That I Come not to Make friends with you, But to be Your Friend, and a Friend remain strong In The Presence of ignorance, indicating that profane ignorance all of the Time, reject Friendship, in its Divine order, form, and Action.

In other word beloved, whether we Black people like it or not, we have entered the period of Dimensional Time, (motion) that cause Divine Enlightenment, a period of time that no profane mind will be able to ignore and endure, and be intelligible functional.

In view of Afrika and the disunity of the Black Afrikan people, there is no Afrikan calling self a leader, that is beyond being Divinely critiqued, that is if such a leader has been in the fight, not for Black people want to advance or to be offered privileges by America, but has been in a fight for Afrika and Black Afrika Afrikan freedom.

Because, it is obvious that there has not come a messianic figure representing the life of Black people, not since the 20Th century, and he being the Honorable Marcus Garvey, he having a vision and did dream of freedom for Afrika and the Afrkan.

So, even Garvey held himself up to be examined unbiasedly, because he had a visionary Dream concerning not America, but of Afrika.

So, this is a wake up call to Black people continuously, and you have a choice, either to remain asleep in our make believe world, dreaming wishful things about America receiving your Black behind without the company of Racism, Lies and Deception, or to awaken to our Black Life Divine Reality, which will serve as a sign that we have arrived in the era of time that introduce to you Black people, Divine Enlightenment.

A Wise person never expect a fool to agree with its action, but a fool expect the wise to embrace its action, which is why the fool remain a fool, which is indicated by its action.

There are some Black People who are of the knowledge about the science of astrology, and there being a sign that refer to this Time being Aquarius Time, which symbolize, Divine Enlightenment.

We are now in the period of Time to continue to memorialize Dr. King and his I have a dream confession and all Black Americans are expected to, in some kind of way, participate in such a ceremony.

I hesitate not, but I continue to live in such a way that verify who I am, which is a Black Afrikan In America, here by no agreement of my own, and is not a Black American. neither were our Enslaved Afrikan Ancestors, and I hold true to being the heir to their identity.


I have made it clear that I am not an enthusiast of Dr King, and I do know it is not popular not to be a cheerleader of Dr king.

All Black Americans are expected to be overwhelm by the Dr king speech and his activities while he was with us, here in America.

Well, I am not a Black American, I am just a Divine Being that Somebody decided to refer to me as being Black and Afrikan, while in America.

Because you should be able to see, that we are now of America evil, and the crime committed against my Enslaved Afrikan Ancestors prevent me from having a dream about America, just a nightmare.

So you see, having a nightmare about our Enslaved Ancestors treatment, because of the evil perpetrated against our Afrikan Ancestors by America, that is something I am not willing to forget or forgive, not without Divine Reason to do so, and not political reason expected for me to do so, and that Divine reason would be for America to admit its wrong committed against our Afrikan Ancestors, by paying to our Enslaved Ancestors their Reparation, so we can return to our mother and father Land, Afrika.

I am now and even when dead, be serious concerning the hatred I have for the Spirit America shows toward our Enslaved Ancestors, denying to them what is Divinely theirs, their Reparation.

No, No beloved, I have no dream about America, without it being with a nightmare effect upon me.

Now, I know that Many Black people in America who are here by way of the Enslavement of our Afrikan Ancestors today, and have demonstrated to care less about that period of Time concerning such an event that dramatize our presence in America.

There is an acute effect that a dream of good will about America has that come from the the Black American, which ignore the Enslavement of our Ancestors, such an American dream, represent a show of dishonor toward our Enslaved Ancestors, as for as I am concerned, such good will dream bout America, to me, show a clear and present act of disrespect to all that our Enslaved Ancestors went through and did endure.

Yet, the children of those Enslaved Ancestors proudly confess when asleep at night, that there is no nightmare dream about America, but a dream of integration/ Assimilation with and into America.

So, I guess I am the odd ball out, by confessing that I have a Dreams not about America, but about Afrika, and my dream show to me, that we once were in Afrika, Divine Black Afrikan people, walking mind in mind with Freedom, Divine truth, and justice, in Afrka, such being a Divine Reality that show to me in my dream, a Unified Black Afrikan Nation, a Nation capable of holding its own in the world.

A Black Afrikan Nation holding its own and doing so, as a people who know who we are and where we came from.

So yes, hell yes, I have a dream, and my dream is visionary and is about Afrika, which serve as verification where my mind is, while awake as well as asleep.

Dr King verify and personify the institution of Religion, and Religion has never been a friend to the Black Afrikan Nation.

Religion has a history of constant lies and acts of deception, used to confuse the Mind placed in Black people, by Lucifer the Human Being, that source that created Religion.

So, there is no wonder why Black people are not confused about what quality of dream we need to have about America, religion keep us centered with a mind that does not Think

The only Time Religion is shown honor in the presence of Black people, is when Black people serve as evidence that the Mind we now use to honor religion is the mind of Lucifer the human Being.

Because there is no Divine Mind today, that is in present use among most Black people, it is a profane quality of a Black mind that show honor to a failing perception of the Divine Essence, it being the uncompromising God of us all.

Compromise is constantly unstable, but Knowing is relentless stable, unmoving in all of the storm of belief, faith and hope, such being attributes of religion, the caliber of mind that have a dream not about Afrika, but about America being what Black people have been made to wish America will be toward Black people.

Show me A Black Afrikan person that will attempt to show one positive that Religion has been to Black people, and I will show you the evil that religion is to the Mind of Black people.

Religion is the motivating factor that have Black people dreaming nothing but positive things about America, and only having nightmares about Afrka.

Not I beloved, I have a Dream about Afrika and a nightmare about America, and dreaming has to do with the Mind, and today, Most Black people been made to have a religious mind, and a Religious Mind is not a Divine mind, because Divinity has no association with lies and deception, but with Divine Truth and Reality, which religion does not represent to Black people, in our purest of Divine Mind.

I have a Dream, and my dream is all about Afrika, and a Black Afrikan people being as we were, when we first arrived to this solar system.

A Divine mind will let us see us as we were as a people who were United and Divine, in regard to the way we lived on this planet earth.

So, a dream that show Afrika and Afirkan people in harmony, Order, And Balance in action with each other, is the dream that transcend the nightmare that America is to the Divine mind of the Black Afrikan.

Black people dreaming about America using the profane mind of Lucifer, is the cause for Black people having a Nightmare experience about Afrika, all because of the fact that the Mind of Black people is under the control of Lucifer the Human Being.

Be Kind To Yourself, Beloved. 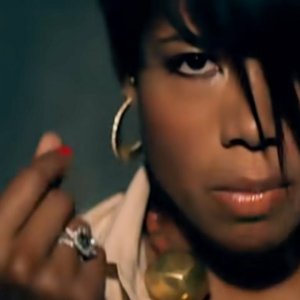